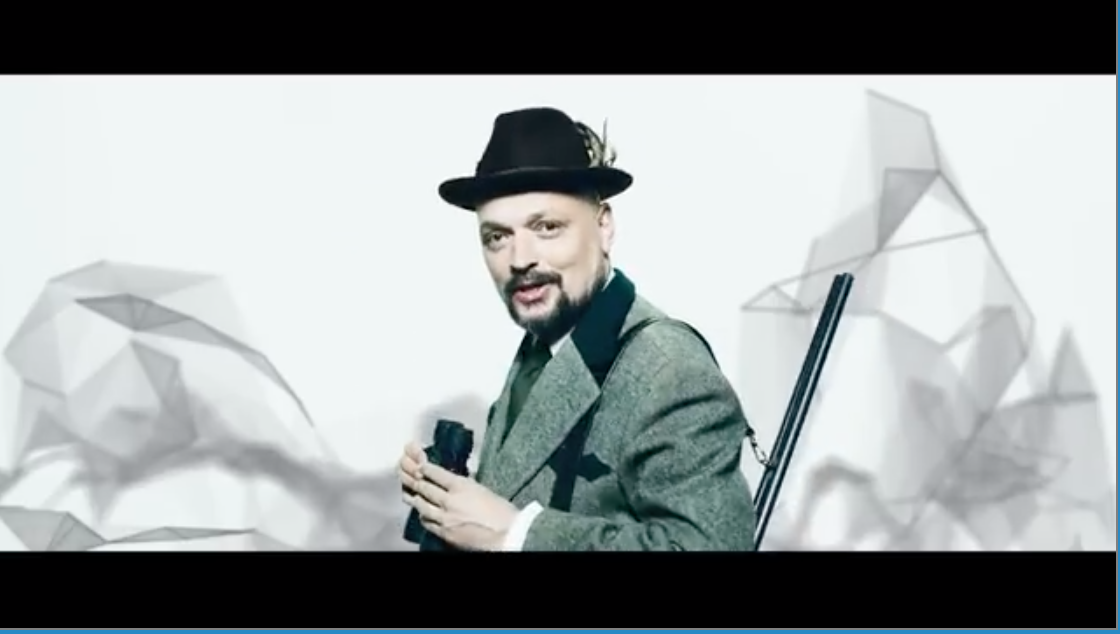 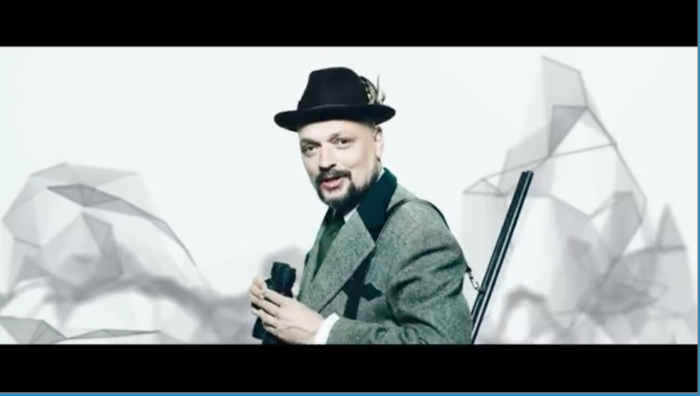 LAIBACH have shared the video for ‘The Lonely Goatherd’, the latest track to be taken from their forthcoming album, The Sound of Music, which features reinterpretations of the famous soundtrack, including The Sound of Music’ and ‘My Favorite Things’ – out on Mute on 23 November on limited edition gold vinyl, CD bookpack and digitally.

The new video, directed by Sašo Podgoršek, features Milan Fras as the lonely goatherd, guest vocalist Boris Benko as the hunter and a synchronised dance routine that’s certain to capture the imagination. ‘The Lonely Goatherd’ tells the whimsical story of a goatherd whose yodelling is heard from far away, and who falls in love with a girl with a pale-pink coat, with her mother joining in the yodelling. Laibach’s video, naturally, offers the possibility for a slightly or maybe even totally different interpretation…

The band have also announced details of The Sound of Music Tour for 2019 and will be joined on the tour by guest vocalists Marina Martensson and Boris Benko performing songs from The Sound of Music. Audiences will also able to hear other selected songs from Laibach’s repertoire (including Also Sprach Zarathustra, Spectre, Sympathy for the Devil, WAT, Kapital, Volk, Laibach Revisited…)

Further dates to be announced. Tickets and further details avail: https://www.laibach.org/future-events/
The Sound of Music was conceived when Laibach were infamously invited to perform in North Korea in 2015. The band performed several songs from the 1965 film’s soundtrack at the concert in Pyongyang, chosen by Laibach as it’s a well-known and beloved film in the DPRK and often used by schoolchildren to learn English. The album gives the Laibach treatment to tracks such as ‘My Favorite Things’, ‘Edelweiss’, ‘Do-Re-Mi’ and ‘Maria’, here reworked as ‘Maria / Korea’ (“How do you solve a problem like Maria / Korea?”).

While the majority of the tracks on the album are from the film, the band also included ‘Arirang’, an interpretation of a traditional Korean folk song considered the unofficial national anthem of both North and South Korea (and released recently to mark the historic summit in Singapore between President Donald Trump and the leader of North Korea, Kim Jong-un), as well as the workout of the Gayageum, a traditional Korean zither-like string instrument, performed by students from the Kum Song Music School in Pyongyang and a recording of the band’s “welcome” speech to Korea from Mr. Ryu, an employee of the Democratic People’s Republic of Korea’s Committee for Cultural Relations.

Laibach’s performance in North Korea was documented by director, artist and cultural diplomat, Morten Traavik in the film Liberation Day (described by MOJO as “a humorous, disturbing, illuminating and sometimes moving immersion into an anomalous communist mirror-world …”) which is out now via ITunes following its screening for Storyville on BBC4.

The album was recorded and produced in Ljubljana, Slovenia and in Pyongyang, DPRK and represents another successful collaboration between Laibach and Silence (Primož Hladnik and Boris Benko), who previously co-produced Laibach’s 2006 Volk album.

For nearly forty years now, from their genesis in the then-Yugoslavian industrial town Trbovlje, Laibach are still the most internationally acclaimed band to have come out of the former Communist countries of Eastern and Central Europe. Founded in the death year of the country’s founding father, Josip Broz Tito, and rising to fame as Yugoslavia steered towards self-destruction.Recently published book Gesamtkunstwerk Laibach offers exciting new interpretations of a band that continues to thrive artistically, astonishing the international cultural scene with their unpredictability and genius for provocation. Laibach can make you think, dance and march to the same music.