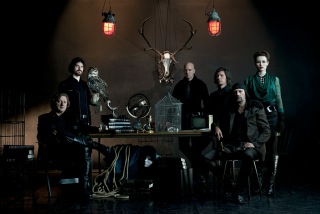 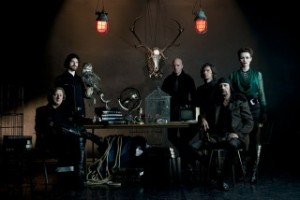 As those of you who checked out our “albums we’re looking forward to in 2014” list last week will know a new Laibach album is imminent, set for release in March in fact, on the 3rd. And giving us an idea of what the album’s going to sound like, Mute yesterday released a track off it, Resistance Is Futile, which you can hear below.

As you tell from the track it looks like Laibach have kind of reinvented themselves again. Resistance Is Futile follows the band’s widely acclaimed conceptual album VOLK, which came out in 2006 to great acclaim and on which the band re-interpreted national anthems of historically imperialistic nations in their own style and to great effect.

Of SPECTRE the press release announcing news of Resistance is Futile says:

Laibach has once again ‘re-invented’ itself in a newly born, yet polished and solid, formation. And, as is now customary, Laibach calls into question all the rigid and cemented interpretations (and prejudices) about itself, about its music, intentions, philosophy and ideology. Laibach are masters of escape, true escape artists. And yet, despite everything, SPECTRE resonates as a real and full-blooded Laibachian work and nothing else.

With SPECTRE Laibach has created a big, important, and almost dangerous step forward; it seems that this time it has fatally crossed the Rubicon. On this album the group – which has never defined itself politically, but has, nevertheless, constantly analysed politics through its work – comes across as politically engaged as never before. SPECTRE literally sounds like a political manifesto manifest in poetic form. Titles and lyrics couldn’t be more direct. With these lyrics and songs, Laibach, who has always given a controversial impression – or an impression of controversy – especially in terms of its political orientation, is now very clearly taking a position on the political spectrum and probably irreversibly abolishing its own (to some extent quite comfortable) political ‘freedom’ and neutrality.

SPECTRE’s release will be followed by a worldwide tour including a London date on the 12th March.

Trackliisting and details re: pre-ordering the album follow the track: