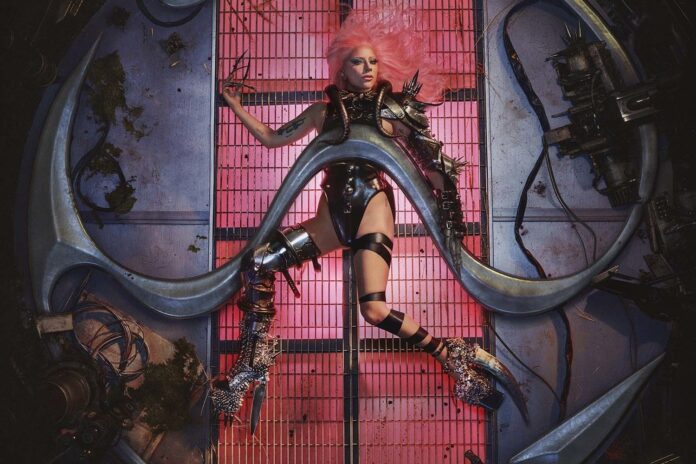 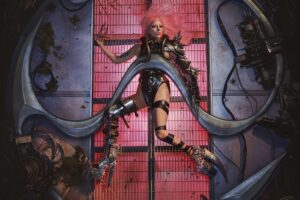 Released on 29 May – all formats

Just in time for Pride Month in June, Gaga releases her unapologetic sixth studio album Chromatica at a time when we seemingly need it most.

Chromatica is a delight in the current times, allowing people to escape into a fantasy they believed no longer existed due to the current state of affairs. As a bisexual woman, Gaga actively supports LGBTQ+ rights and has shown this throughout her discography and political voice. She attributes much of her early success as a mainstream artist to her gay fans and is considered a gay icon due to her activism in the gay community, and albums like The Fame (2008), Born This Way (2011), and Art Pop (2013) which are homages to all sexualities and embracing your individuality.

Throughout her 12-year career, Gaga has experimented with pretty much every single music genre. Was it to find her sound, or was it to find herself? I presumed Gaga’s whole Tony Bennett phase was her evolving out of the pop market and settling down to be more of an artist who hones her craft -but she just can’t stay away from pop! Chromatica is incredibly Europop, classic cheese pop, and it’s packed full of gay bangers.

Gaga has chameleoned herself into nearly every possible artistic guise: synth-pop, rock, jazz, piano ballads, Nineties/Noughties house, country, musical theatre, dance – you name it, Gaga’s (probably) done it. The New York-born singer dominated the last decade in a league entirely of her own. Her artistic capabilities reach far and wide and allow her creativity to overspill their capacity sometimes. Chromatica was a far stretch from the work she has recently been doing and has taken us back to 2008 Gaga – the pop-centric, flabbergasting, jaw-dropping artist.

Following her musical success off the back of A Star Is Born, Gaga could have continued to ride a comfortable career of country-rock ballads, a logical progression from Joanne. Yet she’s reverted back on herself to embrace the nostalgia that built her. Chromatica can be viewed through two lenses: the cliche, embarking on a journey to find or prove yourself, only to realise that the best version of you was there all along; or the memoir, a raw narrative of the singer’s 12-year crusade for artistic growth, self-love, and most of all, respect. This record is her Wonderwall.

Each song bleeds perfectly into the next, crafting a revolving universe of club. It’s 2008 the remix, new and improved.

The Chromatica I intro seems very Dreamworks-inspired, it makes you feel as though you’re about to buckle up and watch a kids film and experience that magic you get from films like Peter Pan, as all the chimes and strings create a beautiful harmony for the intro. The theme created correlates perfectly to the next track Alice, a Noughties club tune built off the foundation behind the concept of Alice in Wonderland.

Stupid Love was leaked back in January prior to the album release, and it’s actually one of the album standouts. It radiates a very Noughties synthpop vibe whilst also sending off an Eighties gay club vibe.  Stupid Love is followed by Rain On Me featuring Ariana Grande, the club theme continues and the songs sync well next to one another but this song could’ve been better. Expectations for this feature were high due to both female artists being incredibly successful in the pop industry and being talented vocalists – the musicality to the song was basic; however the meaning was a lot more raw and powerful – I just wish that was projected more throughout the lyrics of the song.

Country Gaga comes out for a few seconds on Fun Tonight which takes you back to her 2016 Joanne days. A truly phenomenal vocalist. The Chromatica sequel of instrumentals throughout the album surprisingly tie in the songs really well, and adds that strange essence that Gaga loves so much. 911, Plastic Doll and Replay all delve into the singers struggles with addiction, trauma and perfectionism whilst sugar coated in outer space synth-pop to mask the lyrical content.

For example, in 911 she expresses, “Keep repeating self-hating phrases I have heard enough of these voices, almost like I have no choice.” Proving the self-image doubt that Gaga harbours along with the chorus that follows, “My biggest enemy is me, pop a 911. My biggest enemy is me ever since day one. Pop a 911, then pop another one.”

Plastic Doll is her expressing defying the stereotype as to what a perfect pop star is, and breaking out to be her freaky, creative and amazing self. Within Replay, darkness harbours as an essence through the track “The scars on my mind are on replay” Gaga haunts. I’m sure this is a phrase a lot of us can relate to when it comes to experiencing some sort of trauma. Gaga really exposes her soul for all to hear throughout this album within its lyrical content, she’s vulnerable – which seems rare for Gaga.

Gaga gives us a slight RnB groove on Sour Candy ft BLACKPINK, ever proving her eclectic range and extent to her versatility. Enigma is another standout off the album – a traditional statement Gaga tune.

The transition from Chromatica III into Sine From Above ft Elton John is really cleverly constructed, the strings create an awaited tension as if you’re about to hear the next part to a story. The Elton John feature track embraces a bit of everything that Gaga does. There’s the dance element, the nostalgia, the tension, the pop, the eeriness and the intensity – all there. The song ends with a sort of EDM bang before coming to a halt.

1000 Doves blends in well post-Elton song, a beautiful house ballad about falling and picking yourself back up again. “Lift me up, give me a start cause I’ve been flying with some broken arms. Lift me up just a small nudge, and I’ll be flying like a thousand doves.”

To close off the album is Babylon – and what an album closer it is. Babylon sounds like it was written for a RuPaul’s Drag Race dance off. The track is very Eighties Madonna Vogue, ”Strut it out walk a mile service it ancient city style, talk it out babble on, battle for your life, Babylon!” For what seemed like an odd choice to close the album with, turns out to be a cleverly constructed choice as it represents everything Gaga stands for – a true homage to the LGBTQ+ community and the pure joy in which they revel in.

Lady Gaga isn’t the arbiter of what’s new and hot right now. She doesn’t seem to want to be. But has she ever been? She was born to stand out and she knows it. Chromatica doesn’t quite achieve space travel, but it lifts us up nevertheless.

Gaga has never really abided much by trends or what the press have to say about her artistry, so the experimental series she endured wasn’t a cry for acceptance by the media and the music industry, but a path to finding out who she is as an artist and as an individual. Gaga obviously feels more connected with her pop club dance esque aesthetic in comparison to her laid back stripped bare country vocals like Joanne or jazz Gaga who dueted with Tony Bennett in Cheek to Cheek. Now, Chromatica is her reclaiming her pop crown. It’s vulnerable, it’s free, and it’s undeniably Gaga.