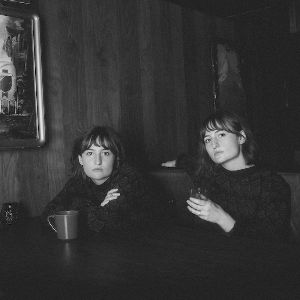 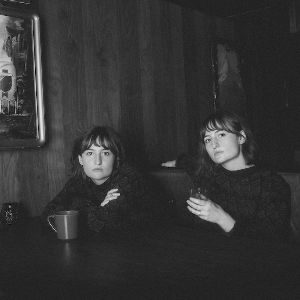 Lady Dan: I Am The Prophet

Lady Dan (aka Tyler Dozier), the Alabama-born, now Austin, Texas-based artist releases her debut album, I Am the Prophet via Earth Libraries on April 23rd.

For every opportunity we get at Louder Than War to write about those we already know and love, there are plenty of new and emerging artists too. Over the last few months things have found their way to me which would not generally have been on my radar; often because they have been released independently on the other side of the world.

When these albums are good, part of the pleasure is the sound they deliver, which can evoke memories or trigger something that takes you to another place, although this may not be the artist’s intention! As a Brit with a soft spot for Americana but only ever visiting New York; seeing Alabama and Texas mentioned on the press release for I Am The Prophet brought images to mind from films, soundtracked by songs performed in rowdy bars or around campfires. I wasn’t to be disappointed.

I recently reviewed Simple Folk, an album from Boston based singer-songwriter Leah Callahan, who’d taken a hiatus from writing and recording for over 10 years. Her record was very much her searching and questioning decisions and looking over a career that started in the mid-’90s.

I Am the Prophet is similar work in some ways, albeit possibly more personal and challenging. Tyler grew up in a strictly religious environment and male authority was something continually present. It was only when she attended ministry school with her then-boyfriend that she began to have serious doubts about her faith.

It’s the amalgamation of the Church, her father’s battle with cancer and a controlling relationship that birthed the crux of I Am the Prophet – a celebration of sorts about losing the shackles; as well as being a frustrated kick at those who’ve always said she couldn’t in life. Tyler explains, “I took a step back, looked at my life, and detoxed it. I started creating my own moral compass because I realised it had previously been made up by men in my life–pastors, boyfriends, people who didn’t care about my best interests. A lot of these songs are me processing and shedding all of that.”

The album follows her 2019 debut EP, Songs for the Soulless, a five-song set which took equal inspiration from indie guitar hero Laura Marling as it did classic country.

The writing/recording process began in 2020. Initially, Tyler spent six weeks writing in a one-room cabin before putting together a group of Nashville musicians. The line-,up including pedal steel guitarist Eddy Dunlap; Juniper Berries’ Josh Stirm, and drummer Aksel Coe, got together at the home studio of musician Jeremy Clark to bring her cabin sketches to life.

I Am The Prophet is an expansion on the battle-worn melancholic cowboy vibes of her first release, pushing her outstanding voice and musicianship. The album delivers a number of country/folk-tinged, heartfelt and deeply personal numbers influenced by her life.

Tyler explains, “I learned how to show my strength, my truth, myself through music. This is my one place to be a bitch if I want to be a bitch. So many of these songs, at their core, are about me reclaiming ownership of myself.”

There are several examples of this from the off; starting with the opening Paradox. ‘A paradox, a woman of stone. To want to be loved and left alone I am blindingly cold and numb. I am too hot for my tongue’.  On Dogs, she compares a former lover’s decision to leave her for his ex to a dog’s willingness to eat its own vomit. ‘Are the dogs now smarter than me? Are you just returning to your sloppy seconds?’.

On the title track and recent single, Tyler sings, ‘I’m just a woman, not your holy heroine muse’, making it clear that she is a person in her own right, beyond the romanticised male definitions she’d previously been defined by, before adding the cutting, ‘I don’t think there’s a saviour man / Not even in God.’

This is a theme continues throughout the album. On the centrepiece No Home, ‘I’m so glad you left me. Oh, I’m so relieved your gone Now that you detest me. It’s more clear where I went wrong’.

As I listen wonder if making the record has offered some level of cathartic experience?

The answer is, she’s getting there…‘I’m still disconnected and working through bitterness, but this album feels like stepping closer to understanding what I would like to believe. For now, I’m okay with not knowing, while making sure I stay true to myself.’

Lady Dan has delivered a remarkably revealing and honest piece of work which will touch anyone listening to it.