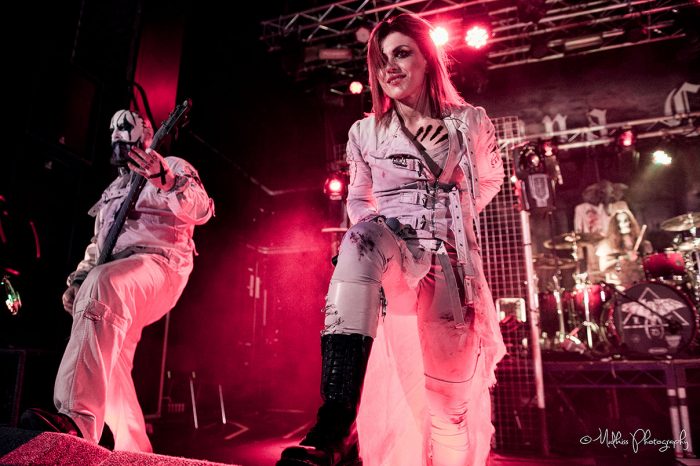 They look spectacular and sound gigantic. Lacuna Coil put on a show and the faithful lap it up….

I have to admit, I know sod-all about this band. But they are great live. They give good show. Consummate professionals and in Cristina Scabbia they have an impressive singer co-piloting the band with Andy Ferro on satanic growling and bestial roaring.

But are they really ‘Gothic’? 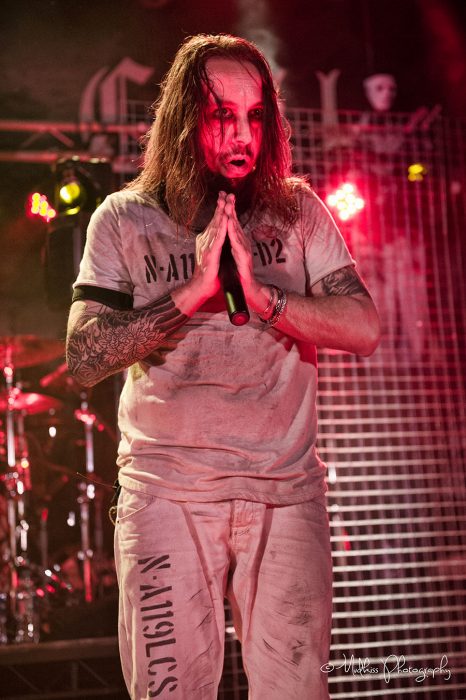 I was around at the birth of Goth and the bands which I was totally obsessed with in the early to mid-Eighties included the Antz, Wasted Youth (UK) and the Sisters of Mercy. (As well as Bauhaus, Killing Joke, Playdead, the Banshees) who inadvertently foreshadowed and became the genre labelled ‘Goth’. Yeah, Joy Division and UK Decay may have been involved too. In hindsight, it was very much about the look as well as the music, which was full of dark intensity and narcotic eroticism….

Fast Forward to 2016.  Italian ‘Goth -Metal’ band Lacuna Coil have been around for 22 years and have only registered on my radar briefly with their cover of Depeche Mode’s ‘Enjoy the Silence’……..I had moved away from the Darkside long ago when Goth became a cliche.

Lacuna Coil are modern-day Goth-Lite, with a bit of downstroke Metal and a dose of  Stadium Alternative-Rock ballad-eering and fist-pumping anthemicism. (Which is a word I’ve just made-up.)  But do they have anything in common with or any connection with the original prototype ‘Goth’ bands? – A label incidentally which practically all of them hated and refused to accept.

Well, yes and no.  Yes, they do have a dark romanticism about their songs and all-important bombastic tunes and hooks. They look great and perform well, with melodrama and energy and conviction.  But then they go and spoil it all by asking if we are having ‘A good time’, asking us to ‘sing along’ and telling us how ‘great we are’ and addressing us as ‘Southampton’ or ‘Insert name of city we are in here’. It’s all a bit showbiz and insincere. Eldritch and Siouxsie really didn’t give a fuck whether or not we were having a ‘good time’. 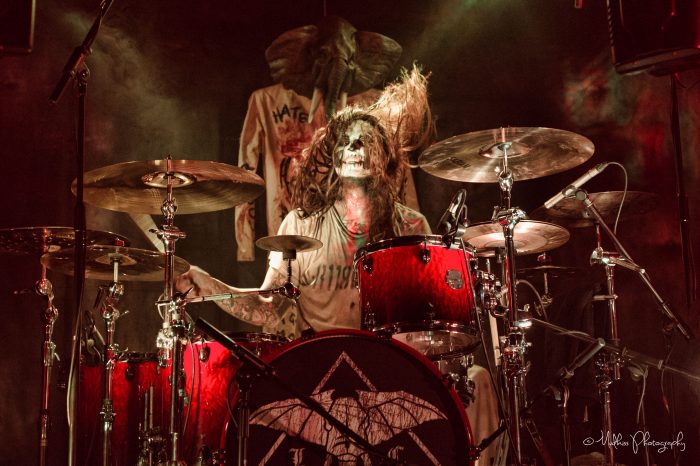 Lacuna Coil are probably more of gateway drug to the real Heavy stuff around in the Gothic and Death Metal genres.  They are loud and heavy but eminently tuneful and accessible.  Cristina is the star no matter how much she shares centre-stage with Andreas. It is her crystal, operatic voice which is soulful and bewitching.  And the perfect counterpoint to the growl and roar of the co-singer.  It is the formula which makes Lacuna Coil work so well.

They well and truly found their niche a decade or more back, and have a substantial audience of loyal black-clad fans; old goth veterans, middle-aged grungers to teenagers who love the melodrama and angst in songs of love and alienation.

It is both strange and a shame (or them) that their best known and most rapturously received number is their cover version of Depeche Modes Enjoy the Silence, rather than one of their own songs. They completely make it their own though and its a great anthemic version and as much of a Goth epic as This Corosion*.

(*A bit of a coded diss that; Sisters of Mercy ceased to be relevant when the ‘classic line up’ split in my humble opinion.)

The songs from the new Delerium album seemed to me to merge seamlessly into a set of oldies, newies, classics and favourites. The crowd were ecstatic and did the requested singalongs and Radio GaGa -style raised fists and claps and devil-signage and the band resplendent in (ironically) white straightjacket-cum-boilersuits played with professional enthusiasm. 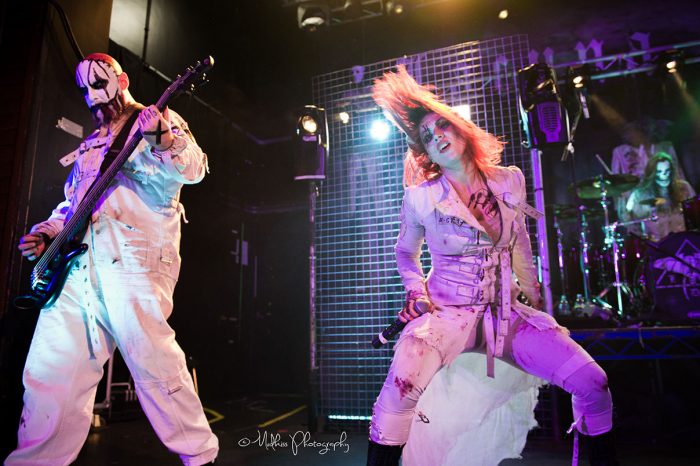 The Engine Rooms was packed to practically capacity, and it was an enjoyable spectacle…. yet, to me, a slightly hollow one, lacking the substance and intensity of their forebears. Ninety-nine per cent of the audience though, absolutely loved them and moshed their hearts out and will mark this as one of the best gigs all year.