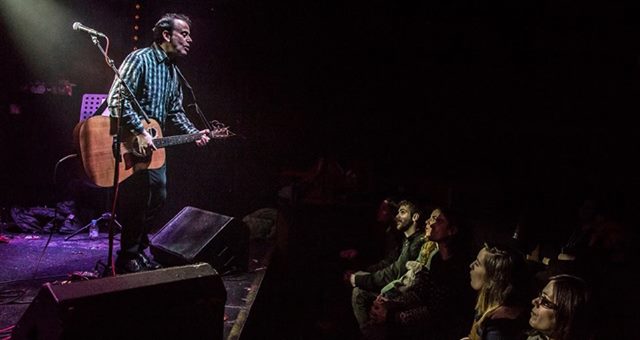 Lach, antifolk legend and star of BBC Radio 4’s hit series The Lach Chronicles, is back for a short tour of England, kicking off in Sheffield on May 9th and finishing in uber-cool North-East surfing spot Tynemouth on May 14th (see below for full schedule).

If you haven’t heard of Lach before, you’re in for a treat. It’s fair to say that the Brooklyn-raised anti-folk founder is probably the greatest punk rock songwriter you’ve never heard.  Want proof? Check out this selection of tunes, specially selected by Lach’s discerning fans, then make sure you get along to one of the FREE dates on Lach’s current whirlwind tour of England.

If you like what you hear, why not subscribe to the Lach fanclub?. Fanclub members receive instant access to Lach’s entire discography of over 280 songs, plus a brand new song and Wentworth cartoon, every two weeks, plus additional perks. Listen now to Lach’s Louder Than War Giftbox chosen by his fans, exclusively for Louder Than War. Lach has made the album available for free streaming on-line and as a pay-what-you-like download, for a week.

May 12th London- The Dublin Castle

May 14th Tynemouth Surfcafe (near Newcastle)

ALL CONCERTS EXCEPT LONDON ARE FREE ENTRY.