Home Music LaBrassBanda announced as support to The Damned 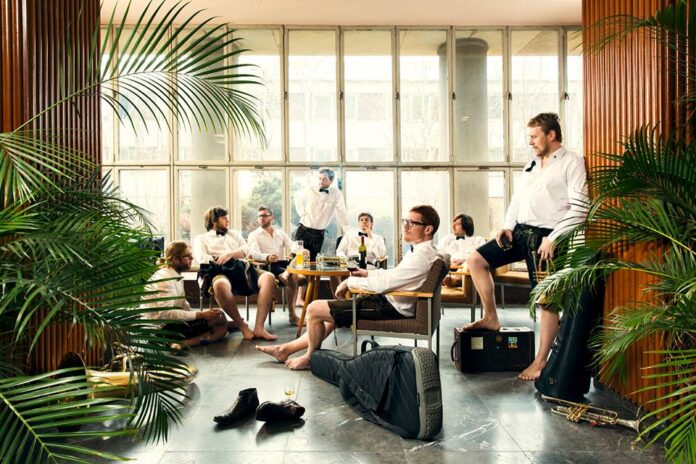 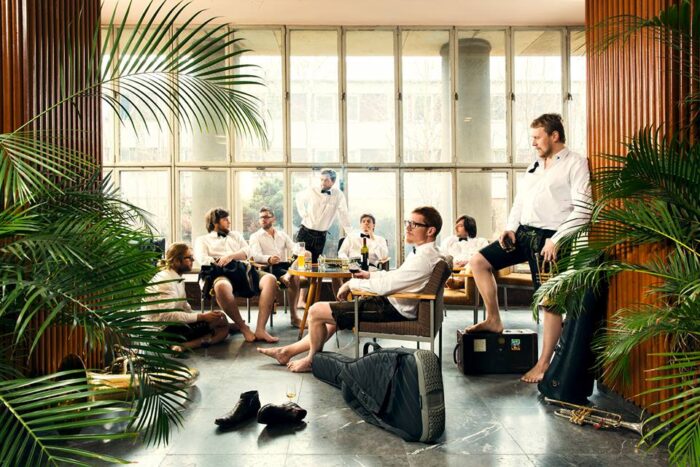 Dressed in “Lederhosen” and T-shirts, all barefoot, LabrassBanda are unusual. The singer’s announcements are still fairly intelligible but make a weird sense. There are six: trumpet, trombone, tuba, drums, bass – what a mix!

Before the year 2007, the band’s official founding, probably no one would have thought that it’s possible to stand the test of the biggest European festivals with a line-up like this – and Bavarian lyrics on top. LaBrassBanda can, and have proven it at Roskilde, Hurricane and Southside, at the Sziget, as headliners at the Chiemsee Reggae, and many others. Sure, their biggest solo show at the Olympiahalle in Munich was sheer madness as well. There, in front of 10,000 people, they demonstrated arena and stadium quality. Then again, it was a pilgrimage of their fans, who know the songs and the albums, and many of them have seen plenty of their concerts before. It was a home match.

The viewers of the Eurovision Song Contest 2013 preliminaries can attest to this experience as well. There, LaBrassBanda only had three minutes and thirty seconds to show all their qualities. That was the given timeframe and LaBrassBanda made use of it. In compressed form, they cast everything that characterizes them into a single song: musical skill, change of tempo and rhythm, Bavarian lyrics, extraordinary arrangement, charisma, and an energy that sweeps the audience off their seats. In the end, they came out runners-up and champions of hearts. You can talk and write about LaBrassBanda, however to understand them, you have to see them live. Have fun!