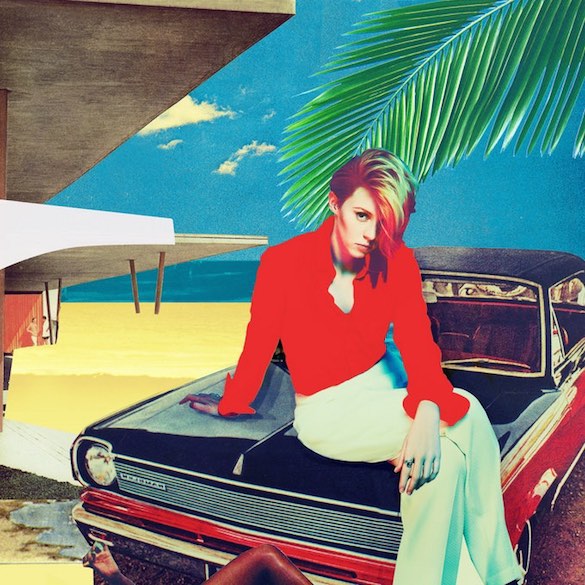 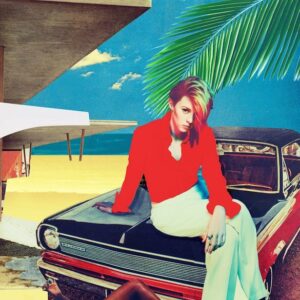 I first heard La Roux sing at a Lily Allen concert in Leeds during 2009 and one thought stuck in my brain that grey, cold Northern night: her signature vocal style is not to my liking. Actually, I go out of my way to avoid hearing her sing soprano. I’ve been known to walk out of a pub when In For The Kill plays. To be fair to Elly Jackson, I have often thought I might have a hearing sensitivity. Nails on a chalkboard don’t do it for me, either.

Thankfully, there are multiple opportunities to hear superbly-crafted pop songs sung in Jackson’s lower registers on Trouble in Paradise and these tracks are among the most sophisticated pop you are likely to hear this year.

Some of the tracks on Trouble in Paradise rise above the crowd by Jackson not doing much, or at least doing her best to make it appear she is doing much less. Silent Partner is even and repetitive in the best possible way. Her infinitely more listenable lower register is employed over evocative music and in the process recalls the glorious lazy vocal style and sparse sound of early Bananarama records. I actually rushed to play Cruel Summer immediately after running La Roux’s Trouble in Paradise through for the first time.

This throwback to the adult pop of the 80s is further explored on tracks Paradise Is You and Tropical Chancer, the latter giving off a certain George Michael ‘I Want Your Sex’ vibe. The palm tree motif is palpable throughout both music and album art, as if Blondie’s Island Of Lost Souls shacked up with Giorgio Moroder. These are all obviously compliments.

Sexotheque is by far the runaway track on the album. I miss the day where people sang pop songs about complicated sexual situations without reducing it to lowest common denominator territory. Not many pop artists deliver dirty sex songs for adults these days. Gaga did it well on her latest album with Sexxx Dreams but most modern pop artists are simply sexualised in the name of art, not celebrated as being sexual. It is refreshing to witness La Roux boldly rediscover ‘adult sex pop’ in 2014. Yes, adult sex pop is a genre if we all want it to be.

After almost completing this review, I chanced across several other critiques on the Internet mentioning the final track on the album as the least enjoyable.

I was worried something might be wrong with my copy of the album, so it was a relief to find other listeners had similar feelings about the song.

Without closing song The Feeling, La Roux would have handed in a solid-ish collection of adult pop littered with several stellar standouts. This last track is so unlistenable it actually goes as far as to strip some of the enjoyment I garnered from earlier songs.

All words by Fat Gay Vegan whose Louder Than War author’s archive is here. FGV is a vegan blogger whose website is here: fatgayvegan.com. He also tweets as @FatGayVegan.