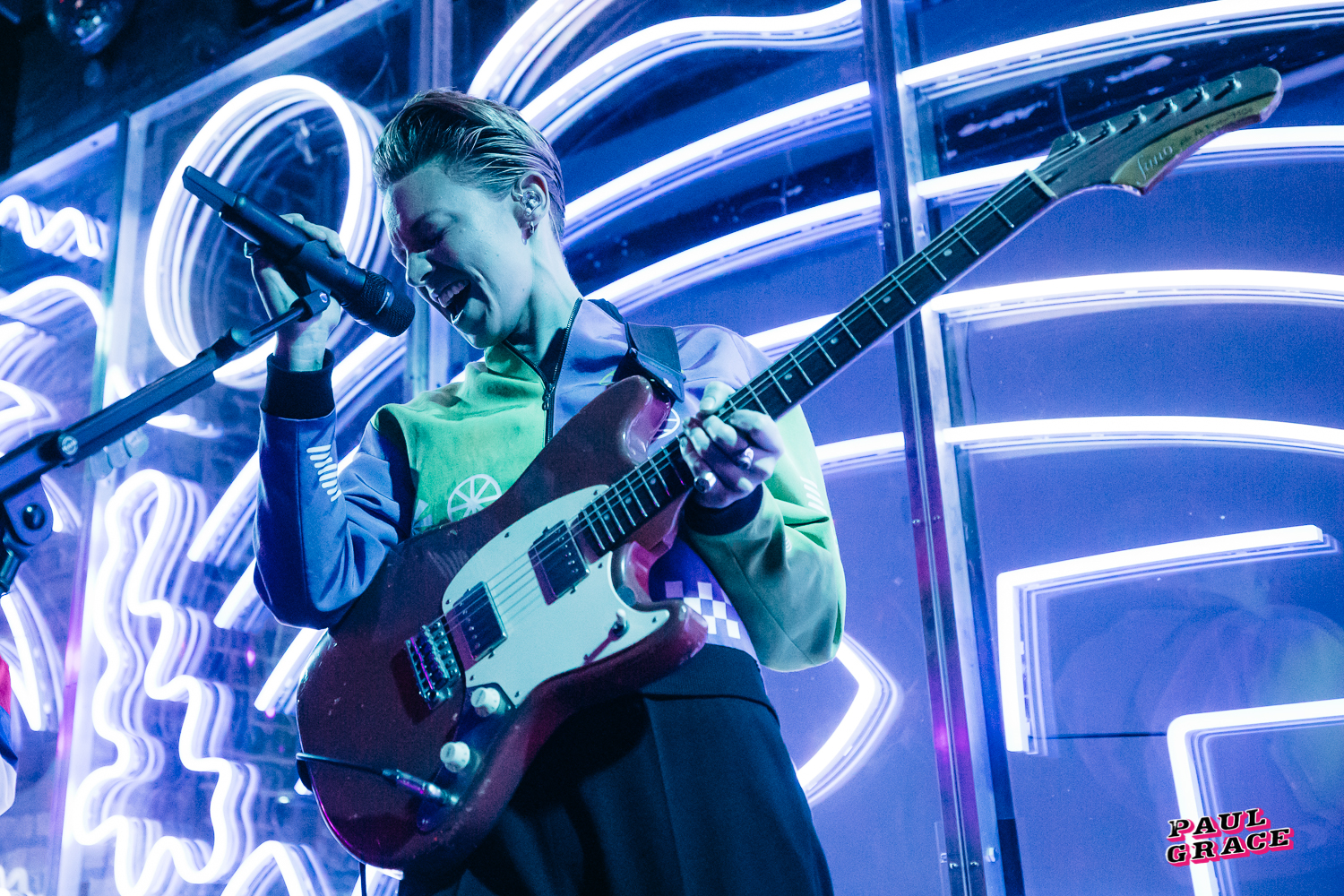 And from the minute La Roux (Elly Jackson) bounces onto the stage she takes complete control and holds the room in her hand.

Starting with the upfront funk of Uptight Downtown, she moves with precision and grace. Her dance moves are calculated and cool, while her backing band provide a groovy soundtrack featuring percussive grooves, heavy bass rumble and funky guitar riffs. And wow…what a voice. 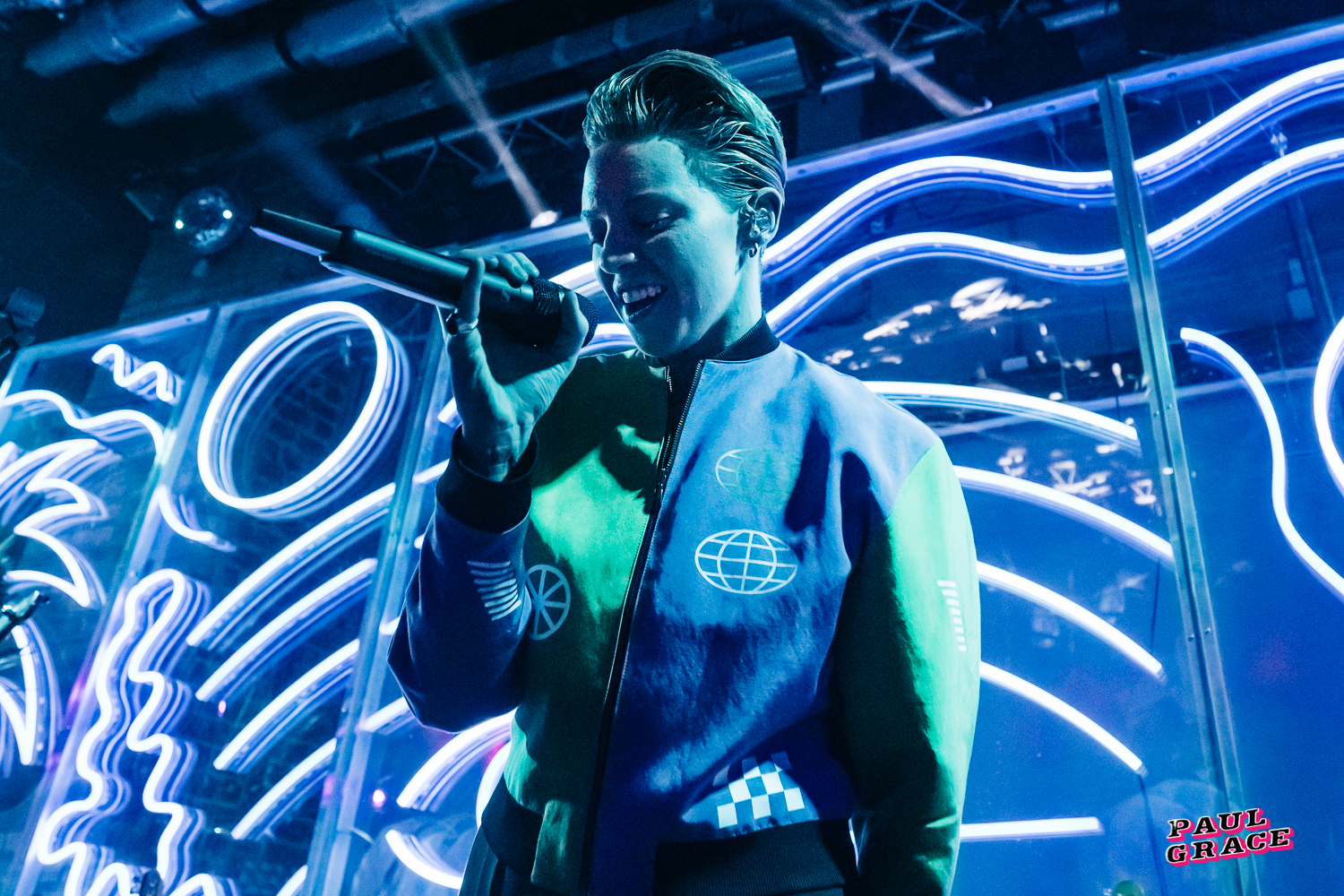 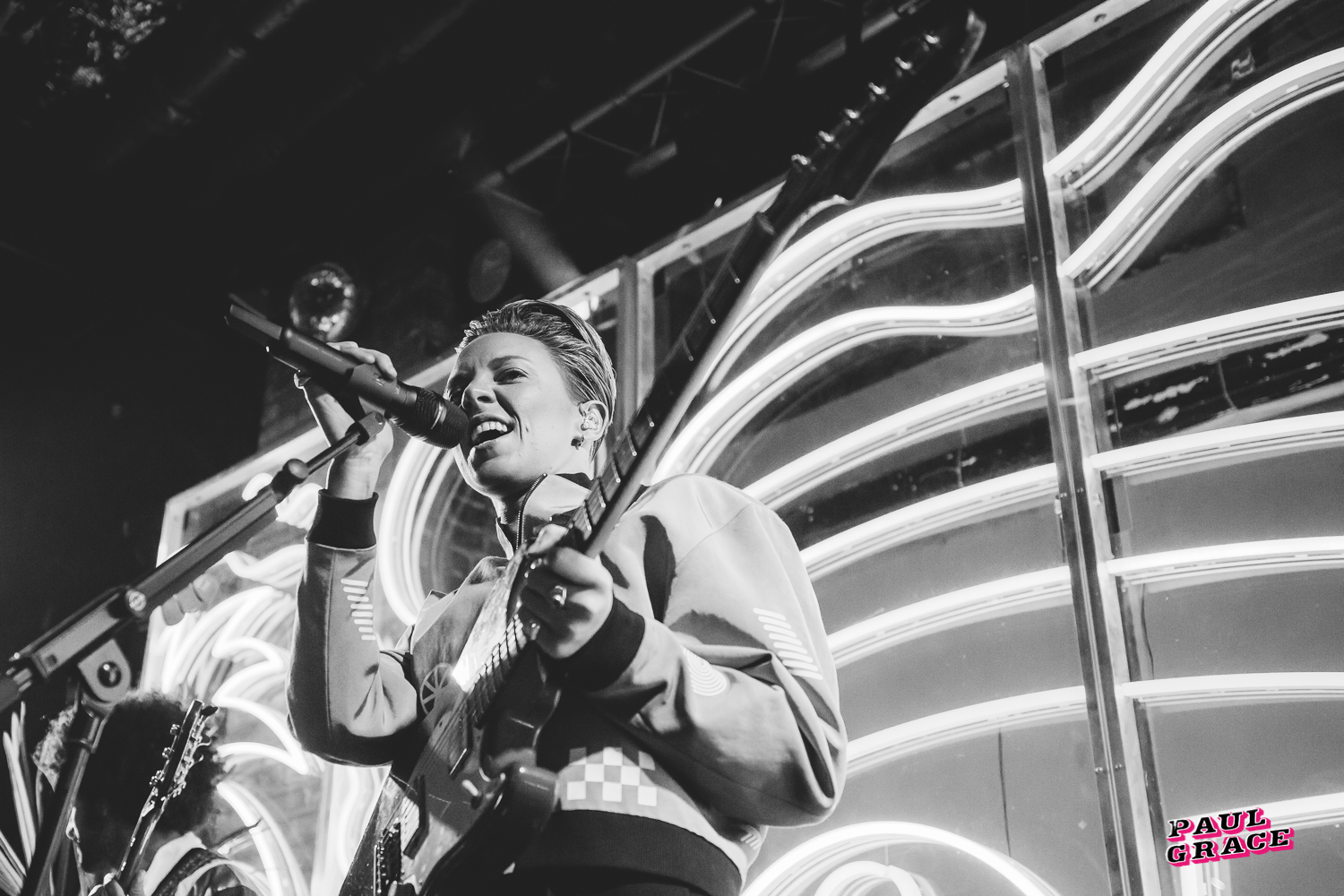 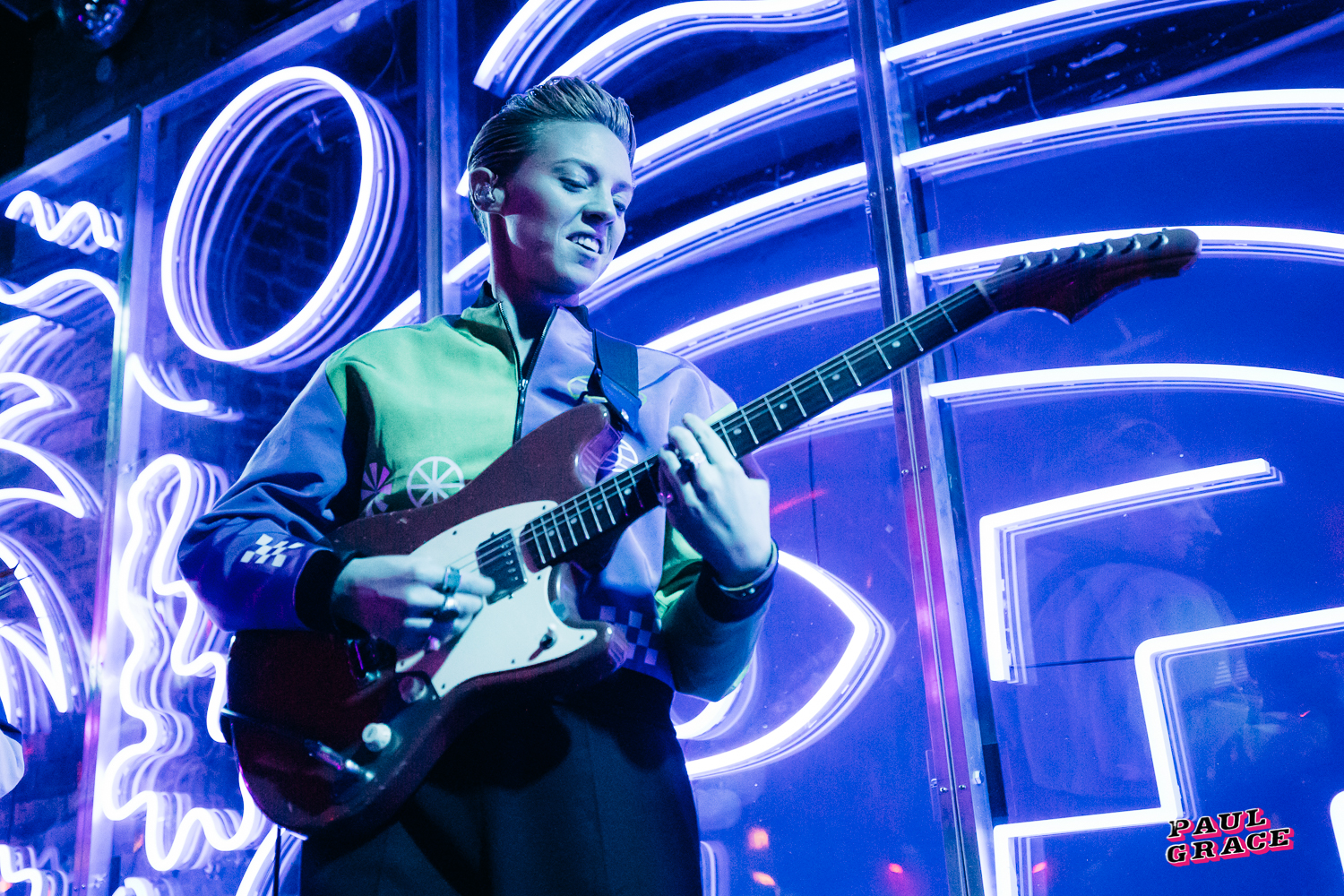 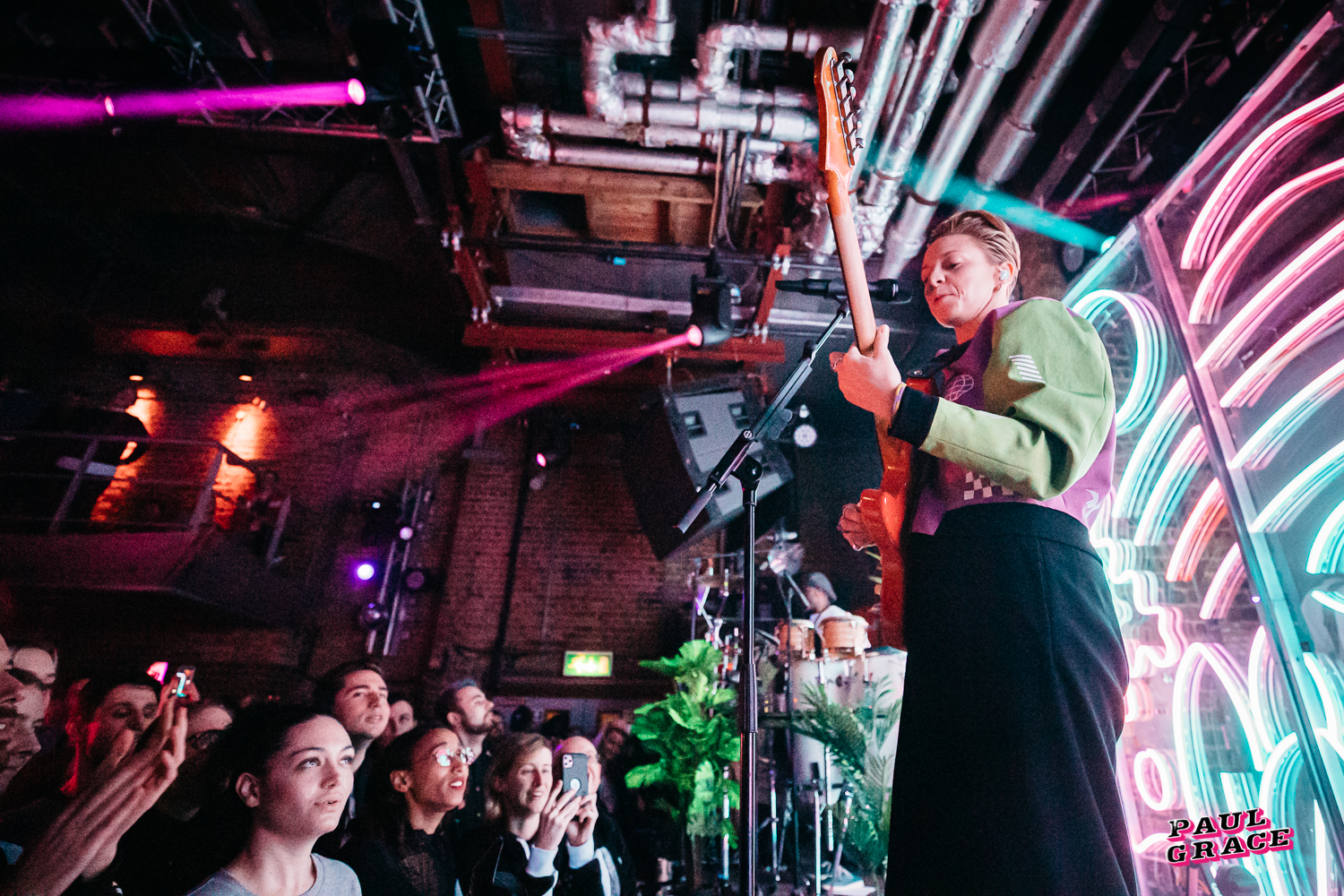 A talented musician herself, if she’s not singing or dancing she strums the guitar, and generally looks like she’s having the time of her life. Interaction is plentiful and fun and the stage set is a futuristic vision of paradise; a stunning neon backdrop featuring all the colours of the rainbow and there are even potted tropical plants either side of the stage for good measure. Fun times indeed! 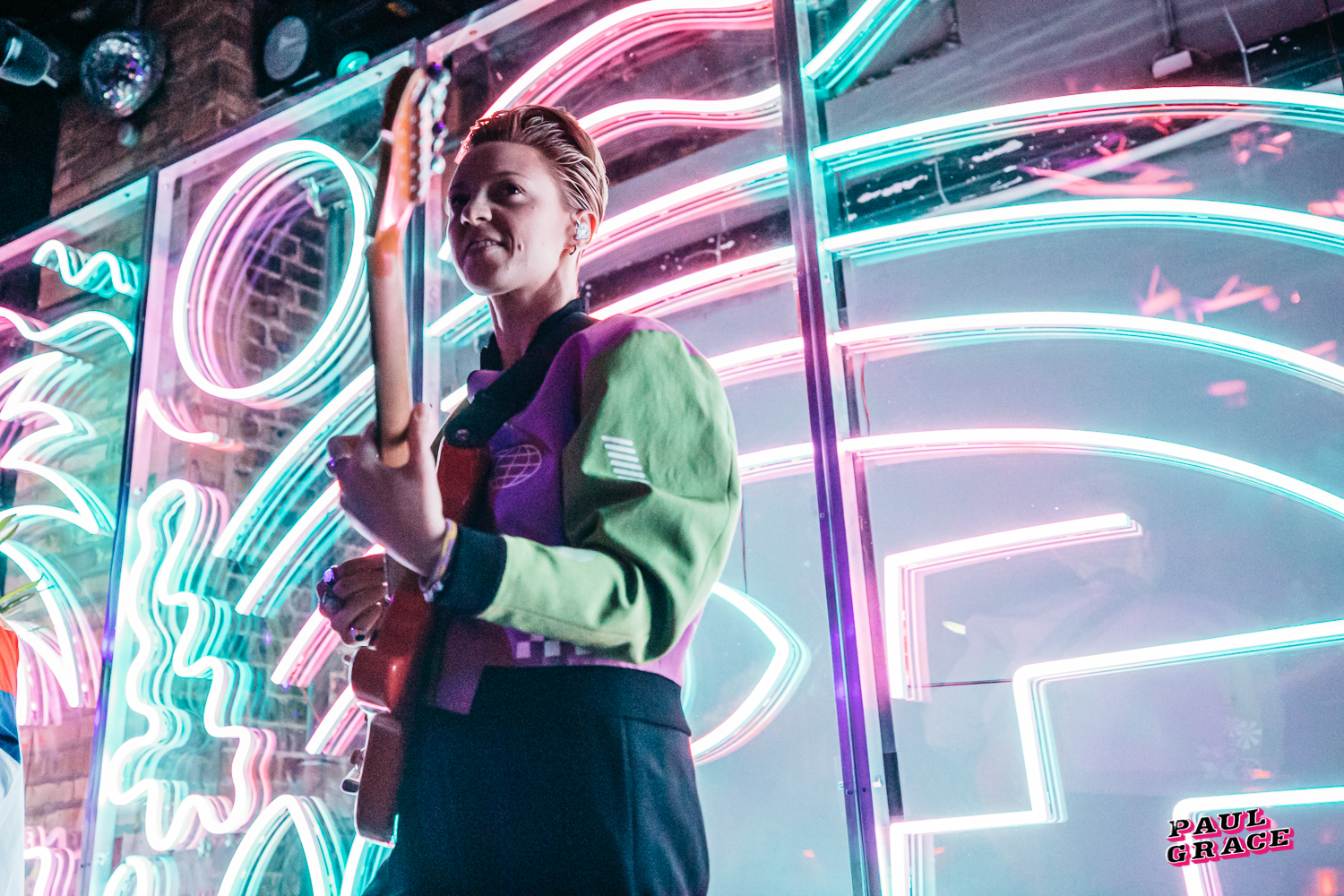 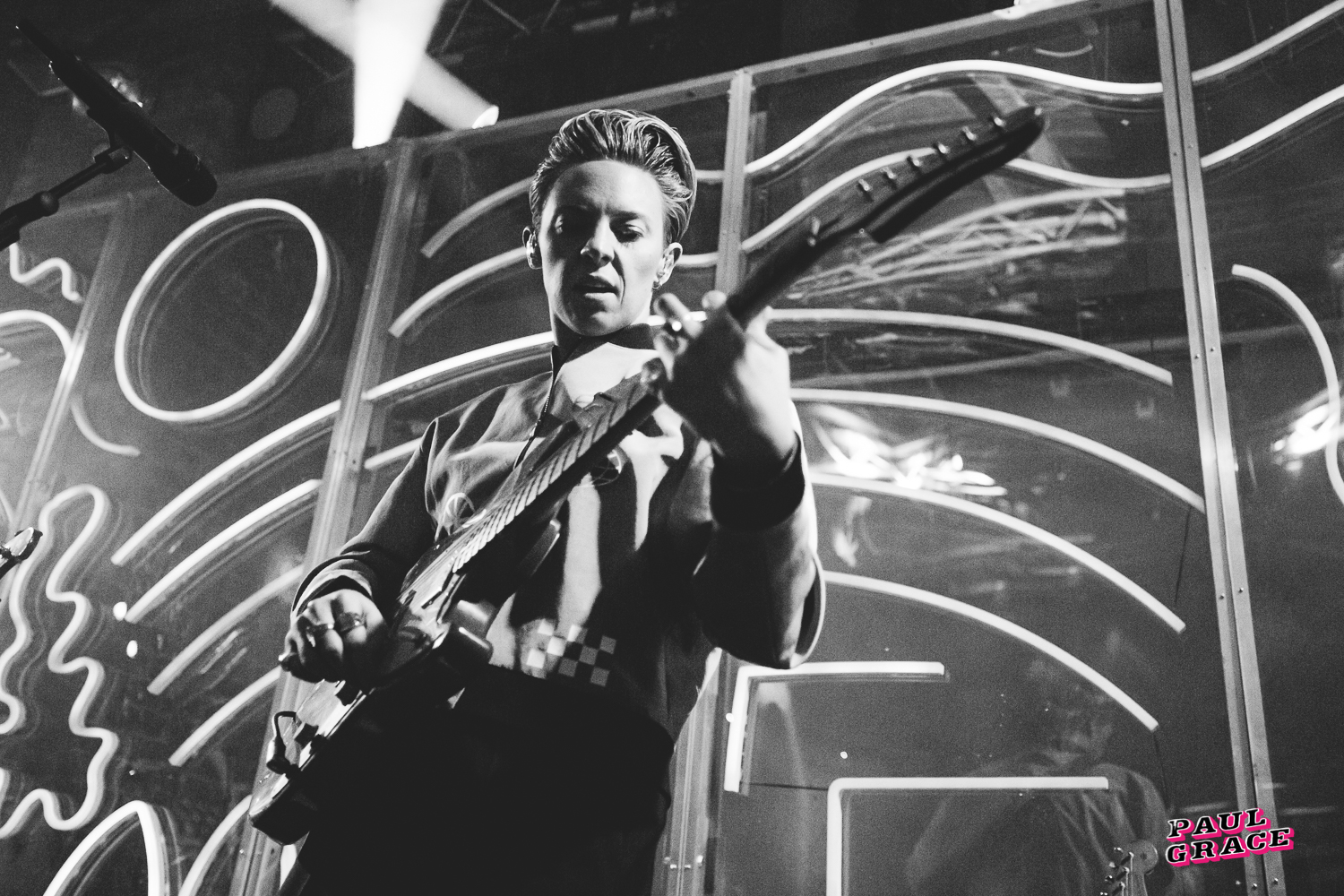 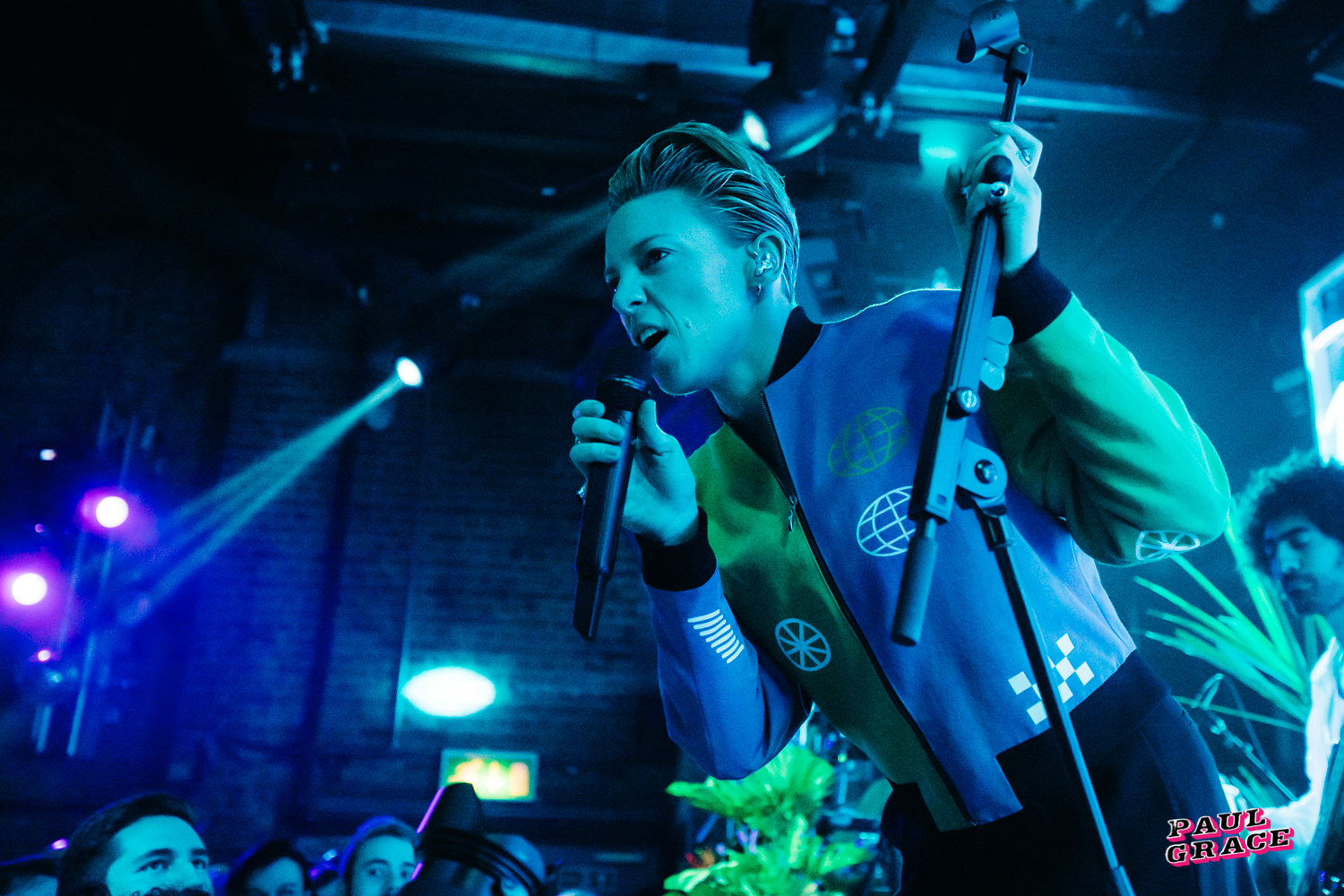 Of the thirteen-track set, seven songs come from the new release Supervision, all of which are lapped up enthusiastically by the heaving crowd. Of course, she plays her classic tracks (there would have probably been a riot if she hadn’t!), including a new dancefloor-friendly remix of Bulletproof which sounds amazing on Fabric’s sound system. However, as great as Fabric’s sound system is (as is its layout as a club), it doesn’t lend itself terribly well to the live band/musician experience due to its colossal DJ booth perched on the edge of the dancefloor, which blocks the view of the stage for punters at the rear.

By way of encore, La Roux leaves us with two more classics; In For The Kill and International Woman of Leisure, and she then exits the stage in a cloud of smoke, neon and screams.
Wow! A full-on good-times show that clearly confirms La Roux’s status as one of the most authentic and accomplished musician’s on the circuit today.