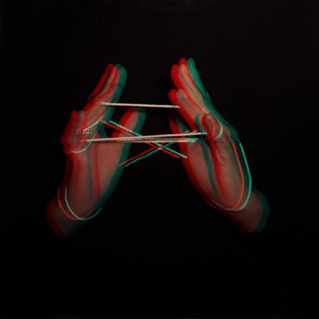 La Luz are an all female band from the USA who play ‘Surf Noir’ and have made a stunning, beautiful, second album following a brush with death. Ged Babey can barely find the words.

This is the most bittersweet, happy-sad, sunny-dark, old-fashioned yet modern sounding album I’ve heard all year.

Imagine the metaphorical sound-space between the music of the Chiffons, Mazzy Star, Dick Dale & the Del-tones and the Headcoatees and that is where La Luz reside.

I listen and listen again. I get to know the songs. I take this reviewing lark seriously. I’ve probably listened to this album, literally, a hundred times.  Each time I start off with the thought that I must concentrate and find good, specific things to say about the songs. To describe and get over the sound and feel and this band. The details. That’s what people want. But before I know it, the song has finished and I’ve just become so ‘lost’ in it that all I can think is ‘Aaaahh! I love that song’. And the same happens with the next song. And the next. until the alum is over. It takes me out of myself. All my worries and all the petty everyday shit just melts away. Nothing else exists other than the hazy lazy beauty of this band’s music. (I’m sure it is the music that does it and not early onset dementia).

La Luz do sound like they should be soundtracking a Tarantino / David Lynch movie (a comparison which has in itself become an over-used cliche, I know)  or True Detective with Woody Harrelson, but there is more depth to it than that. The lo-fi, valve amp almost mono style production and feel gives it a “so-ancient it’s completely-post-post-modern and out on on its own” sound. They don’t dress it up in 50’s Retro chic or artwork thankfully.

And there is something dark, obsessive and brooding at the core of these songs. Death and sadness seems to be a recurring theme.

There are some absolutely tremendous guitar solos from Shana Cleveland, the last 30 seconds of  I Wanna Be Alone (With You) in particular sound like she’s controlling a blowtorch with a tremolo arm. The basslines (from newly-installed member Lena Simon) are lithe and elastic. Marian Li Pino has a great relaxed jazzy style on drums and Alice Sandahl’s rinky-dink organ playing adds that Sixies Spy Theme vibe.

Recorded at a surf shop in San Dimas, California the album was produced / engineered by Ty Segall, the guitar “incorporated the influence of Japanese Eleki players in addition to the twang of American surf and country … juxtaposed against the group’s most angelic four-part harmonies to date” the PR informs me, also “In describing Weirdo Shrine, Segall remarked that it gave him a vision of a “world … burning with colors [he’d] never seen, like mauve that is living.”

The opening credits siren song of ‘Sleep Till They Die’ and the bittersweet epilogue, ‘True Love Knows’ are twin peaks perhaps, but the whole album is near-perfect, cinematic and spine-tingling. The lyrics melt into the drift, flow and gorgeous momentum of the album due to the harmonies and restrained vocal, this being the only flaw in the album overall. A more ‘ballsy’ singer would turn La Luz into a more rock ‘n’ roll proposition though (see Those Darlins).

How this album translates live would be fascinating to see. For now though, it’s the perfect happy-sad, bitter-sweet, sunny day / dark thoughts, old-sounding album by a new band you’ll hear and it’ll take your mind off the everyday … and make you forget about what you’re supposed to be concentrating on …