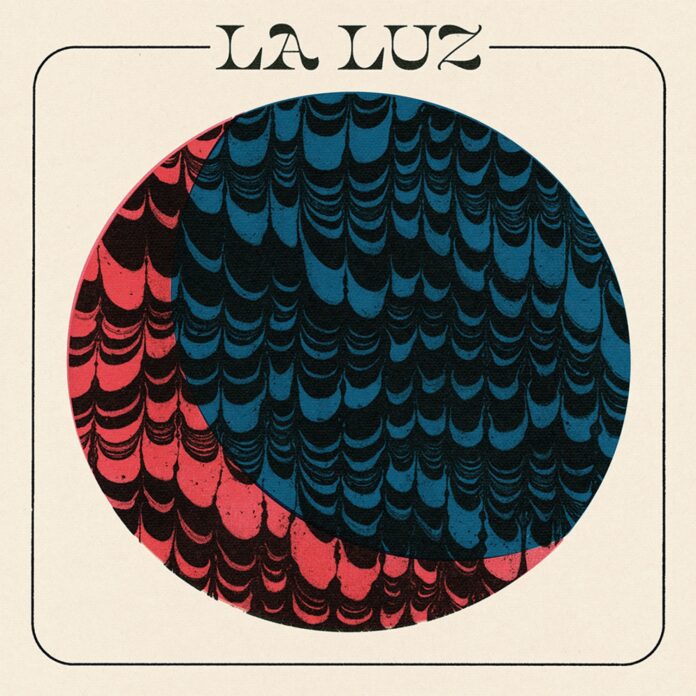 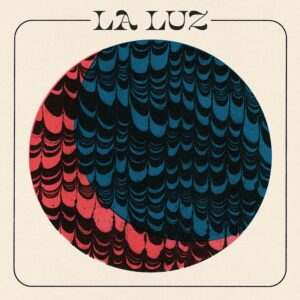 La Luz somehow floated into position as ‘probably the coolest band in the world’ when 2015’s Weirdo Shrine was released.  It was produced by Ty Segall and got great reviews. Surf-Noir was coined… but the world generally didn’t seem to notice.

2018’s Floating Features was produced by Dan Auerbach and the album got a lot of airplay and coverage, and was again, utter perfection. They were a ‘buzz band’… then the pandemic hit.

La Luz should be the go-to band for dreamy/eerie pop – they should be in an untouchably cool position like Stereolab used to be. The music business goes on around them, yet they are head and shoulders above it all, making seemingly effortless music which is immediately identifiable and peerless.

And because they are an all-female band it is always important and prominently noted which male producer is working with them this time. Could it be that the band are the geniuses and no matter who produces them they are great?

I’ll hand you over to Mariana Timony who wrote the press release – which is a thing of beauty in itself and gives more of an insight than my guesswork ever could.

La Luz has always been a band with a vision. Their discography is a study in balancing both heavenly and haunting sounds for a lush style of rock music that’s all their own. On their self-titled fourth album, La Luz fearlessly launch themselves into a new realm of emotional intimacy with a collection of songs steeped in the mysteries of the natural world and the magic of human chemistry that has found manifestation in the musical ESP between guitarist and songwriter Shana Cleveland, bassist Lena Simon, and keyboardist Alice Sandahl.

It’s there in the album’s name, the choice to self-title a testament to the bond between the trio.

Like fireflies appearing on a summer night, La Luz shimmers into existence with a tender strumming of electric guitar on the ghostly “In the Country.” The record then charges ahead with the dynamic “The Pines,” propelled by Simon’s thunderous bassline and punctuated by eerie vibrating keys while Cleveland’s voice hovers high and sweet overhead—no reverb, no fooling.

Up next is the dreamy, funky “Watching Cartoons,” Sandahl leading with a soulful Wurlitzer organ as the women’s voices weave in and around each other, coming together in a cascade of “ba ba ba ba’s” in the chorus.

All the elements of classic La Luz are here—the beautiful harmonies, the gorgeous melodies, the impeccable musicianship—but it’s a richer, earthier iteration.

After spending the last few years living in rural northern California, Cleveland’s lyrics have become more grounded, less interested in traveling to other dimensions than in peeking behind the curtain of this one, fascinated by the way reality becomes mystical when you slow down long enough to let it reveal itself to you. Where she once pleaded to not be left on the earth, Cleveland now finds comfort in it, singing on “Here on Earth,” “As the days fly by/ Just remember I am here on earth to love you.”

For all its warm naturalism, La Luz is also the most psychedelic album of the band’s career, replete with inorganic sound effects that conjure the more surreal qualities of nature—the humming of invisible bugs, the ambient sizzle of a hot day.

The band cranks up the atmospherics on madcap stomper “Metal Man” with a frenzy of ultra-fuzzed out guitar, blaring galactic synths, and epic clanging bells.

Of course, it wouldn’t be a La Luz record without a mid-album instrumental, found here in the doomy “Yuba Rot,” a meditation on the cycle of birth and decay that can feel like the only truth in a world turned upside down.

And yet, on La Luz, the other truth is love. The record’s themes come together in breezy 70s folk-tinged pop song “I Won’t Hesitate,” an ode to finding intimacy in a big, weird world.

On the languid ballad “Lazy Eyes and Dune,” which features lovely Mellotron work from Simon, the trio harmonize tightly on a slowly ascending chorus: “I don’t even have to try to read your mind/ You’re mine.” It’s a love song that La Luz are singing to each other on a record that celebrates love—of music, of friendship, of life in all its forms.