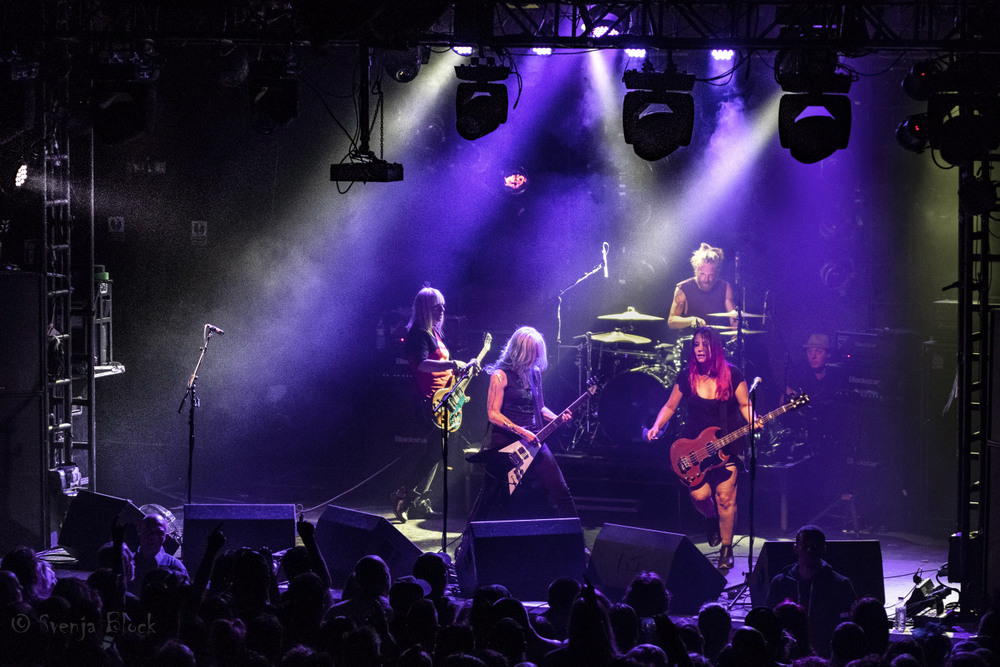 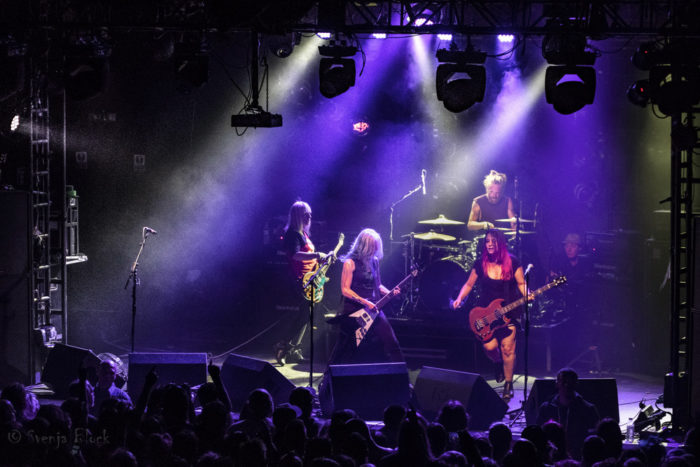 After an epic show at Download, L7 finish their UK stint with a sold out gig at the Electric Ballroom on Tuesday night.

If you haven’t already heard, L7 are back to bitch. Tonight, Camden’s Electric Ballroom is sold out, waiting for everyone’s favourite female grunge powerhouse act to take to the stage.

Black Moth open the show, churning out stoner rock and roll with precious vocals. A combination of 60’s garage rock, head-spinning psychedelia with a bit of blues thrown in for good measure 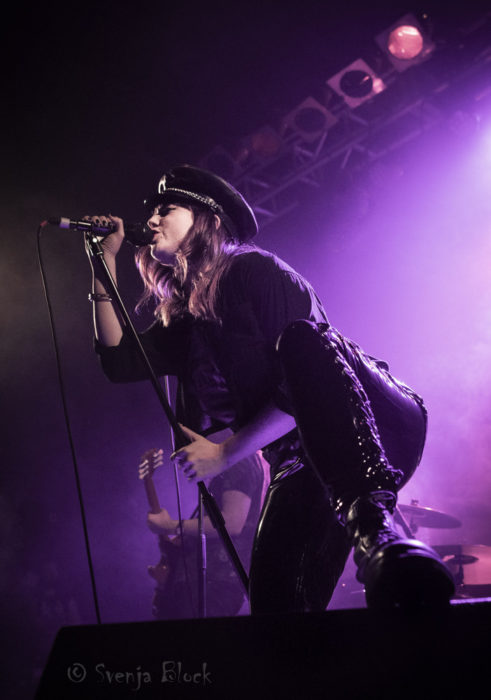 , the Leeds band captivate their audience.

“We’re so honoured to open for L7,” lead vocalist, Harriet Hyde screams, “L fucking 7.” She dedicates the band’s song ‘Sisters of the Stone’ to L7 and the women in the audience. “We’re used to playing metal show a lot where there’s more men in the audience, but this is great.”

Someone once said that L7 don’t just rock, they boulder; and no one in the room could disagree with that statement. The crowd scream and mosh pits erupt in the centre of the room as the band take to the stage and break into ‘Andres’.

A few songs in and it’s clear that the 90’s grungers haven’t lost anything; their vocals are just as corrosive, their shredding just as intense, their riffs just as heavy. Instead, they have gained so much; more anger, more sassiness and a new generation of audience members. 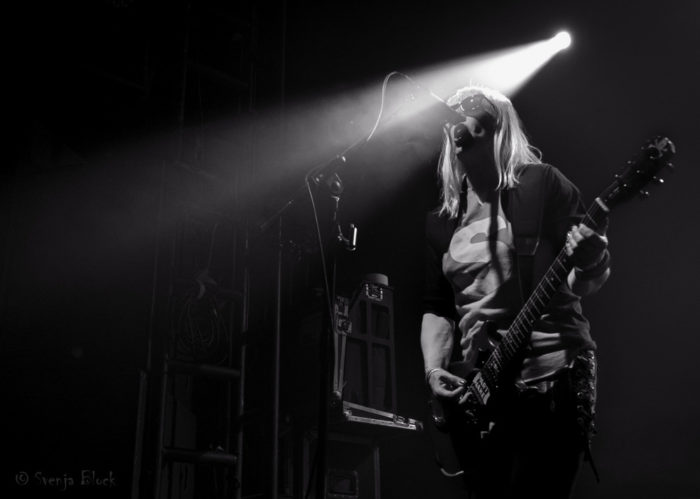 Despite a few technical issues with Suzi’s guitar, the women plough on, smashing through their set of fast paced floor stompers such as ‘Fast And Frightening’ and slower, headbanging anthems; including ‘Scrap’ and ‘One More Thing’.

In between songs the band banter with the crowd, maintaining their fun, ‘I don’t give a shit’ attitude.

Donita comments on how old the songs they’re playing are. “But you don’t mind,” she says to the crowd, “you like us all old and nasty!”

“Who wants to go for fish and chips after the show?” asks Jen. Apparently, everyone does. 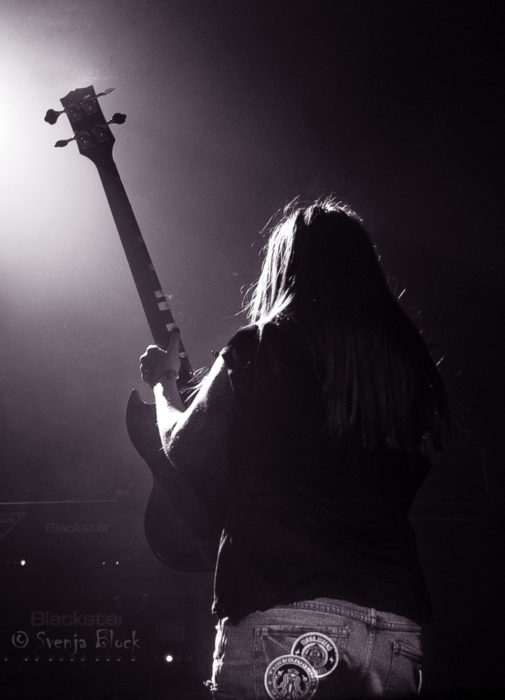 The band’s friend Joe, has taken over on drums tonight and is doing an amazing job. “He’s only had one rehearsal,” Donita explains. The crowd cheer him on through the songs. From backstage Dee says hello down her mic. Even though she’s unable to play, she’s still hidden doing backing vocals.

L7 play a few newer tracks, the anti-Trump screed ‘Dispatch from Mar-a-Lago’ and the fist pumping new single “I Came Back To Bitch”. 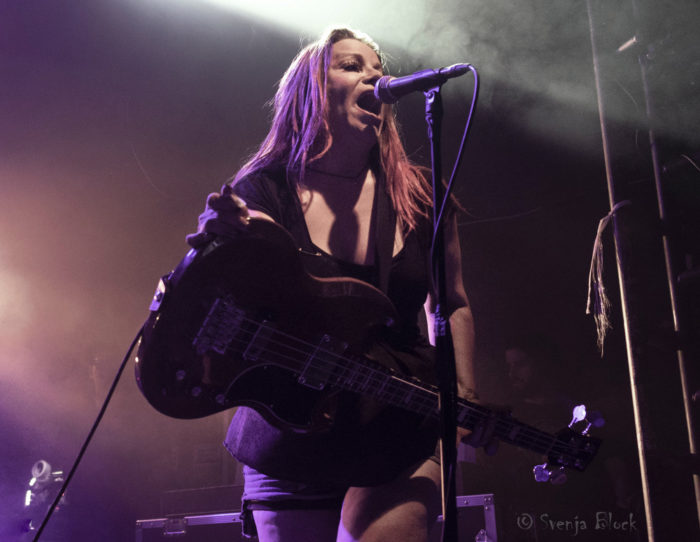 “Everything went to shit whilst we were away,” Donita jokes, “but we’re back and angrier than ever.”

The crowd scream for an encore and L7 don’t disappoint, returning to the stage with a cover of Agent Orange’s ‘Bloodstains’ and then breaking into the mighty ‘Pretend We’re Dead’.

L7 are living proof that you can kick ass at rock and roll and still be yourself. They reformed, stronger than ever before and they’re here to stay. Now all we’ve got to do is sit back and wait for the new music to drop. 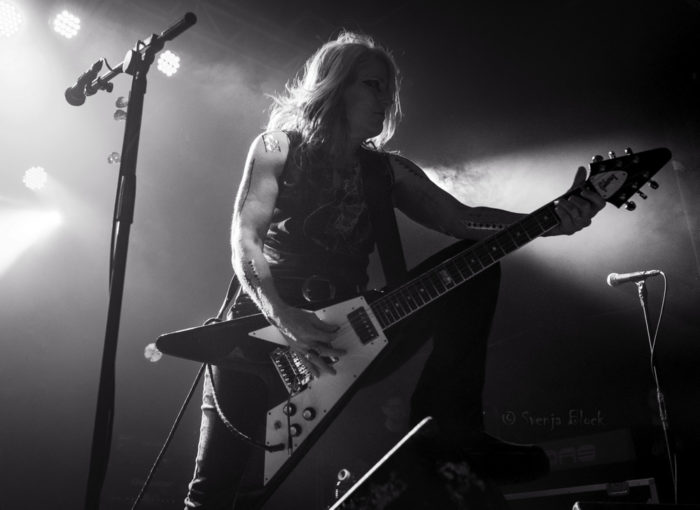 L7’s new album is scheduled to be released in early 2019 via Pledge Music .

More info on L7 can be found on their official website: https://l7theband.com/ .