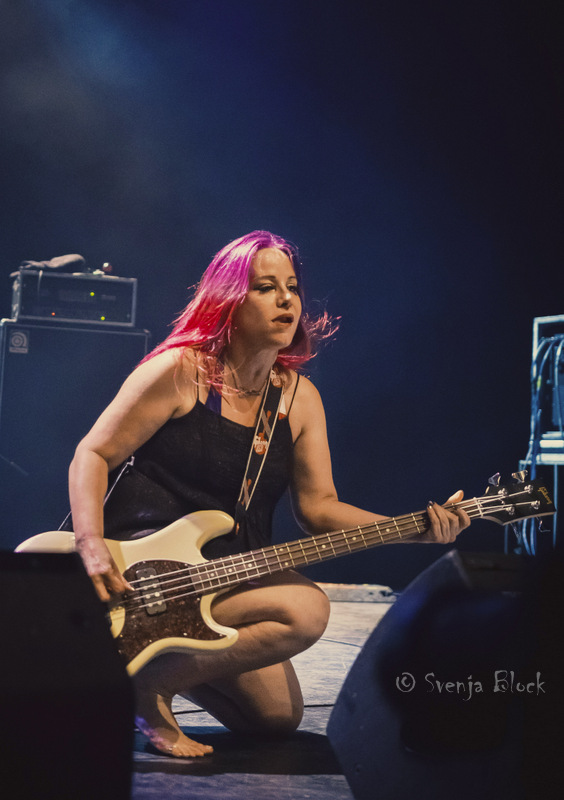 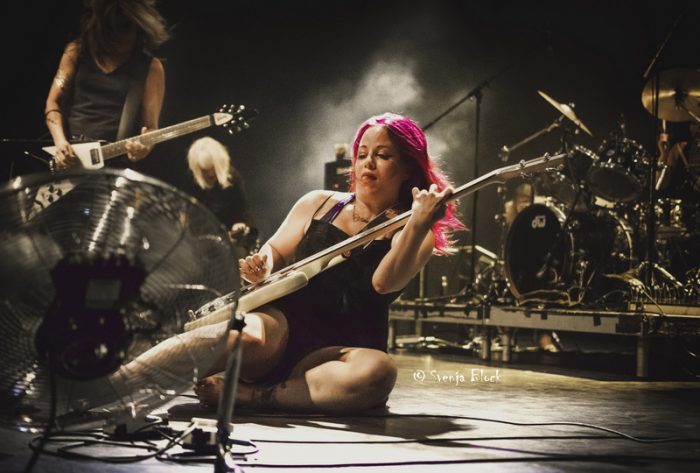 It’s a Monday night and while most people are just starting their week of work, the grungy population of Sheffield are heading down to Corporation to watch L7. Words by Sophie Sparham and photos by Svenja Block.

The band are easily one of the coolest to have come from the 90s. So many were shocked and excited when they decided to reform back in 2014 and even more excited when they played Download last year. However it was the icing on the cake when they announced their 2016 tour.

For the younger generation, seeing L7 would be the thing of dreams, but tonight it is about to made into reality. Now, a mix of fans old and new crowd into the venue, for some this will be their first show, for others it’ll be their 22nd.

Alt rockers, Treason Kings open the show with big riffs, gritty vocals and catchy tunes. They’re definitely a band to check out for those that like that like their old school grunge, mixed with a cleaner, hard rock edge.

L7 burst onto the stage with ‘Deathwish’. It’s clear by the first few chords that the band have lost nothing since their revival. Their attitude, anger and general presence remain as gritty and hard hitting as ever before.

As they blast through their set, playing songs such as Fuel my Fire, Slide and Crack Pot Baby, they look to be having a lot of fun on the stage.

“Monday is kicking our ass and you guys are rocking it!” Laughs Donita Sparks, before having more banter with the fans.  She’s right, the crowd have exploded. They throw themselves against the barrier, they crowd surf over the edge and they mosh continually throughout the show.

Tonight, nothing else seems to matter but this show. It would be wrong to say it’s like returning to the 90s because it’s not. The band, like the fans, have grown and matured, making this gig something extremely special.

The band finish with Shitlist, before returning to the stage for an encore of American Society, Pretend We’re Dead and finally Fast and Frightening, which they dedicate to the ladies in the audience.

As they exit the stage one things for certain, L7 truly have been missed. Bring on the next show…

Photos © Svenja Block. You can find more of Svenja’s photos at her Flickr, Facebook and at her Louder Than War author’s archive.