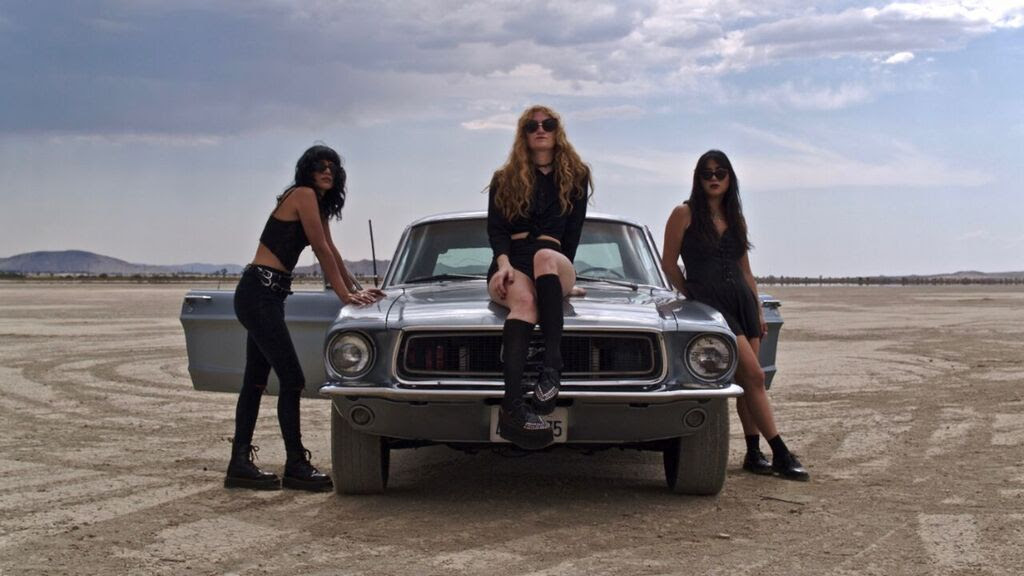 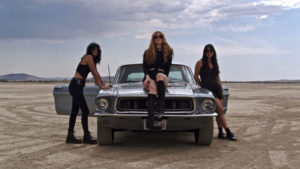 The brilliant trio L.A. Witch arrive in Newcastle and proceed to tear the roof off the Cluny with an exceptional set!

Having finally released their self titled debut album late last year to wide acclaim, this trio have arrived in the UK on a total high. Tonight sees them in Newcastle kicking off a very long weekend with a bang, unfortunately original support Abjects are unable to make tonight through illness. This means that local opener Luxury are thrust into the main opening spot, they undoubtedly do themselves justice.

Their gritty brand of post-punk sets the perfect tone for the evening, they’re following in a similar vein to current favourites Shame and LIFE. There is an anger and ferocity which underpins every one of their tracks, the bass is thick and the riffs are bright but the real power is in the vocals. It’s an intense and impressive set from Luxury who have certainly left a lasting impression and are sure to go far.

However, all eyes are on L.A. Witch who quietly take to the stage, they’re quick to hit their stride You Love Nothing and Kill My Baby Tonight both feature early on. Drenched in reverb and awash with fuzzy guitars these tracks take on a new life when played live. There is an effortlessness to every track as the trio plough through their brilliant debut album.

Dropping in the odd new track, the set continues to gather pace and momentum, Drive Your Car leaves the opening tracks in the dust. The driving bass and slightly more upbeat vocals making this track one of the highlights of the evening. Closing out their set on Good Guys and Get Lost, they plot almost the perfect trajectory from the dour opening to these enthusiastic closing tracks.

It is understandable that the crowd are begging for more, there is something truly exciting about L.A. Witch tonight, fortunately they oblige though with an ecstatic rendition of Feel Alright to close out the evening. You really cannot ask for anymore from this trio, they are the perfect mix of psychedelic surf rock. The acclaim their debut received is completely compounded with this exquisite set this evening.