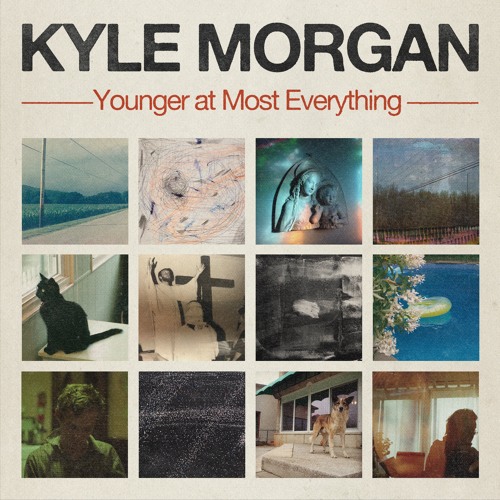 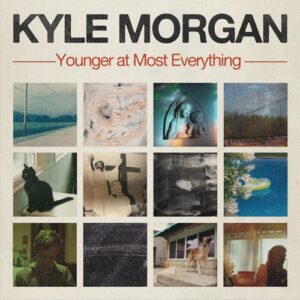 Kyle Morgan/Starcrossed Losers – Younger At Most Everything

In fair Pennsylvania, where we lay out a scene, one star crossed loser…hones a delicate Americana sound which will form the basis of this beautiful album. Starcrossed Losers, the wittily self-deprecating moniker of singer-songwriter Kyle Morgan, has already built a quiet momentum with the singles Do You Still Have Some Fight In You and Ransom The Captive Heart, and here showcases that sound sustained across his gossamer-light new album.

The album starts as it means to go on, opening with And You, all tiptoeing strings and delicate vocals. This eases into The Seedling, a wintry slice of minimalism which mixes proves crystal clarity and dreamlike qualities don’t have to be mutually exclusive. Laying Morgan’s vocals and lyricism bare, the sense of cold, frosted landscapes is evoked in a fashion befitting the current season. It’s this kind of feeling that runs through the whole lifeblood of the record.

Sat in the middle of the album, Deer In The Pines is dappled with smatterings of warm Americana which continues in the earthy vein. The likes of Tara and Broken Love, meanwhile, are honest and inviting moments of yearning. Even with such effective of templates of simplicity in place, Morgan isn’t a songwriter who feels the need to play it safe and Younger At Most Everything is peppered with refreshingly ambitious moments. Recent single Ransom The Captive Heart builds and winds through its seven minute duration. Another seven minute track, Momma Take My Hand, mixes subtle vulnerability with a hauntingly epic feel. Given so much time to breathe, these songs seep under the listeners skin.

The album closes with Something Younger, a perfectly crafted folk song which ties up proceedings like photogenic sunset. The combination of Morgan’s voice, constantly toying with the edge of off-key (something guaranteed to win me over) and his ability to carve out the perfect songs to showcase it make Younger At Most Everything an album which has rapidly handcuffed my heart.  With the kind of intimacy which usually marks out songwriters to those who want to feel heard themselves while they listen,  I’m sure I won’t be the only one.

Younger At Most Everything is out on Team Love Records on Feb 25th. You can pre-order and find more from Team Love on their Bandcamp.