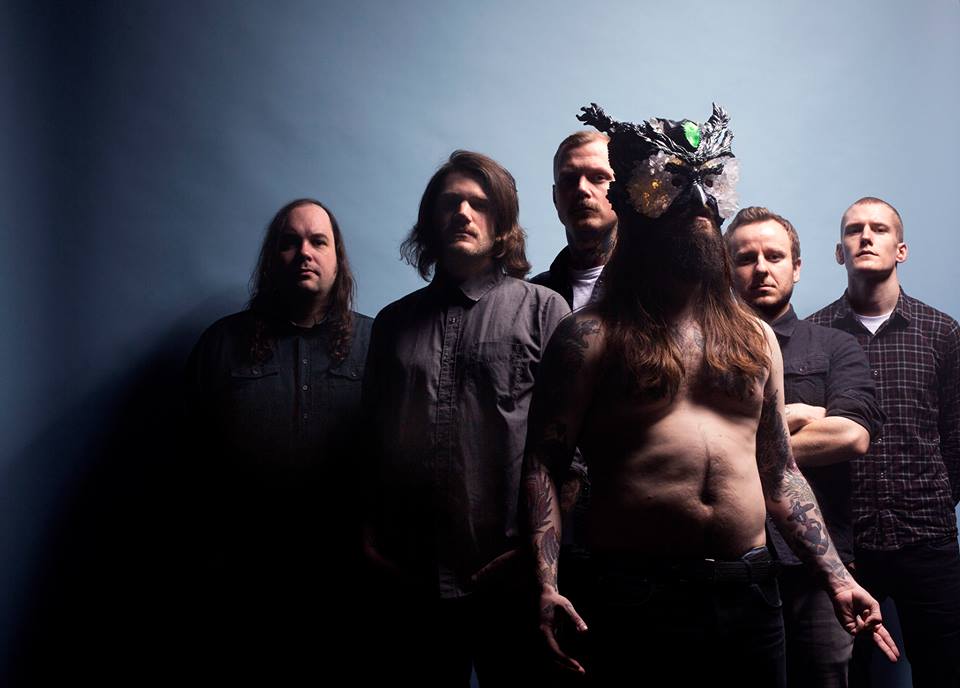 Norwegian metallers Kvelertak see their audience growing as they work their way around Europe as support to Metallica.

Kvelertak are no strangers to pages over here at Louder Than War. Having blitzed the sadly now defunct Roadhouse six years ago, it’s good to see them getting wider exposure as they are one of the best rock/metal bands around at the moment.

Playing as support is always a tough gig; especially in a place as cavernous as Manchester Arena. The crowd is slowly milling in, checking in on Facebook and buying overpriced piss from the bar. There’s also the problem that you’re supporting Metallica. Henry Rollins once proclaimed about the problem with supporting Iron Maiden; you are not Iron Maiden and you are in the way of Iron Maiden. There is a little sense of this on this particular night. Metallica’s fan base is a supremely hard core one. Kvelertak six members put in a blistering performance of towering riffs and punk pace which saw them knock off around ten tracks in a mite over 30 minutes.

Without pausing for breath, the bare chested, flag waving, owl head wearing Erlend Hjelvik led the band through a relentless onslaught of exciting rock n roll. Having three guitarists gives so many options and the gnarly solos, towering pounding power riffs and cascading black metal vibes mesh superbly to create a bastard brew of noise. 1985’s chugging and monotonic riff showed a primal quality that plenty of bands attempt to possess, but Kvelertak deliver it with aplomb. Berserkr’s monstrous black metal opening salvo saw the band continue their bludgeoning of the growing crowd.

The crowd gradually warmed to the band as they gave no quarter in their set. As a six piece, the band were very tight, and clearly a well-oiled rocking machine.

A humble thank you and a moment of respite came from the band after the punk rock barrage of Blodtørst. Kvelertak rounded out their set with the thrash laden Månelyst and their self-titled track showcasing power chords to die for.

Hopefully, Kvelertak have amassed new fans on this tour; if you get chance to see them in a sweaty club…do not hesitate. They will blow you away. Louder Than War can testify to that.