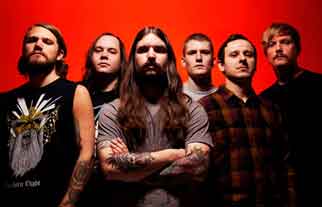 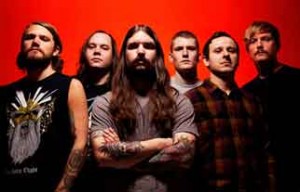 It’s not often I go to a gig and haven’t seen at least one of the bands that are playing. This was one of those rare nights and I was hugely looking forward to it.

As we entered the venue, we found out tonight’s festivities would be taking place in the medium sized room at The Cockpit. Due to the shape of the room it’s always ridiculously loud in there. The last band I saw in this location (Norwegian Black Metallers, 1349) left me with ringing ears for 2 days after so with this in mind, I went to the bar and for the very first time ever at a gig, I requested some earplugs. Under normal circumstances, I go in breback so to speak, but on this occasion, good sense prevailed. Even though I did feel like a bit of a sell out!

First band of the night was Dublin four piece, Wounds.

Generally, the sight of a band with floppy fringes and delivering petulant lyrics such as the truly woeful

“We don’t need your fucking approval,
We do this for ourselves”

would send me running in the opposite direction as fast as possible but I decided to stay put and give them the benefit of the doubt.

Their kind of post-hardcore sound wasn’t overly bad and musically they were ok, but surely when faced with utter crowd apathy, the best plan is to dig in, smash it out and let the songs do the talking rather than the frontman who, when not busy moaning about the total lack of any beer on their rider, made many an attempt to endear the band to the disinterested audience with little success. After about 30 minutes, their set ended and the band left the stage to slight applause and probably headed off to find the nearest off licence.

The next band, Empress fared much better with the rapidly swelling crowd. They offered a professional set of hard to define, almost post-rock with multiple time changes and good use of contrasting melody and metallic fury. By the time they had completed half of their set, the Leeds crowd was certainly coming to life, hands and voices were been raised in appreciation of the almost Deftones-esque soundscapes. An interesting band who I’d be keen to see again.

We owe a huge musical debt to Norway. From the infamous Norwegian Black Metal scene, the shamanic majesty of Wardruna and to the magnificence of Turbonegro, Norway has provided me personally with some of my all-time favourite music and the evenings headliner, Kvelertak, are definitely on that list.

The room was now rammed and there was a genuine sense of expectation running through the crowd. A real sense that something quite spectacular was about to happen. And did it fucking ever.

Bare-chested frontman Erlend strides onstage with a huge owl on his head, it’s wings spread wide and eyes illuminated and the band tear into the their first song like their very lives depended on it. I’m not going to attempt to list what Kvelertak played, it’s not important. This is a band that generate an utterly joyous noise that is everything that is right about music. The very essence of what makes the soul soar, the heart race and the head bang.

The crowd at the front soon formed one of the most vicious yet good natured pits I’ve ever seen at a gig, gleefully battering the living shit out of each other in a friendly, communal way, all with colossal grins on their face and without malice. It seemed like the right thing to do so without further consideration, I was compelled to launch my middle aged self into the thick of it and get involved for a while!

Kvelertak’s righteous amalgamation and complete understanding of all the very best bits of Rock ‘n’ Roll, Punk Rock and Black Metal is truly a force of nature. The band are relentless in their delivery and are a blur of hair, sweat and tattoos and yet they make it look effortless. When they drop the occasional yet perfectly timed blast beat into songs, they really take their to new heights.

As Erlend hurls himself into the equally sweaty throng once again, I looked around the room and it really seemed like everyone in there was properly losing their shit and were looking a little shell shocked by the intensity of Kvelertak.

All too soon it came to an end as the band left the stage to huge roars of approval, I picked my jaw up off the floor and wide eyed with sheer visceral excitement and adrenaline, exited the venue into the railway tunnel outside.

I haven’t been that blown away by a band since the first time I saw Rammstein and myself and longtime gig companion Heavy Metal Pooley both agreed that if we could have turned around and gone back in to see it all again, we would have done. Without a moments hesitation.

Quite simply, Kvelertak were THAT good.

Many thanks must go to Olivia and Steve at ITB. Much appreciated.