Home Best of the Web Kutosis: Dream It Away – album review 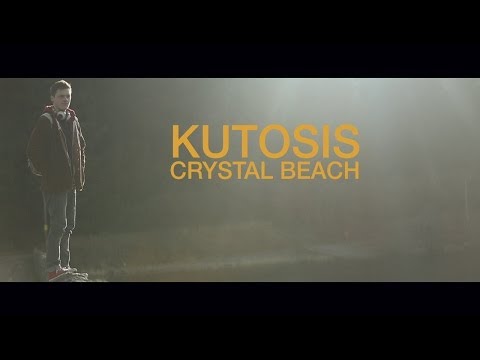 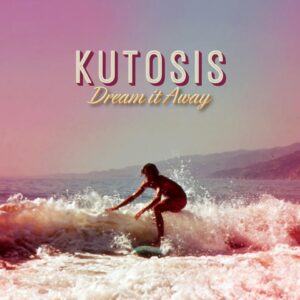 Kutosis follow up their 2012 debut with a slightly smoother, yet still at times full on, sound on Dream It Away. Produced by Rory Atwell who has previously worked with the likes of Veronica Falls, Yuck and Palma Violets, this album sees the Cardiff three piece further advance their talents for sprawling melodic anthems while retaining a driving rock edge.

Whilst there is a development in the Kutosis sound, what remains is the distinctive allure of Ian Jones’s guitar augmented by the driving bass and occasional guitar of Jim Deacon. Album opener ‘This Avalanche Is’ sets the tone for what is to follow with jaunty hooks and noise that is straining on a tight leash . ’Crystal Beach’ is washed by waves of hypnotic dream pop before the album plunges into a less charted waters.

‘Old Judas’ and ‘Horizons’ perfectly showcase the angular vocal style which accompanies the individual guitar licks that is so essential to the sound. ’Night Surf’ builds into a sonic assault as the waves of sound crash against you before ebbing gently away. Stand-out track, and a play-list essential, is the furious ‘French Canadian Girls’, a thrashing yet irresistible rocker that could so easily have been taken from the first wave of the Post-Punk sound that ‘Dream It Away’ is so reminiscent of.

There is an air of ominous psychedelia to the slower tempo of ‘There’s Something in the River’ and ‘Short Stories’ is possibly the most conventionally structured pure ‘indie’  (whatever that means nowadays) track on the album.

Credit is also due to Rory Atwell for a superb production job that manages to keep several balls in the air at once with a sound that is all of dream-pop psych, fuzz- rock and post-punk among others. The placing of vocals in the mix is no better exemplified than on ‘Fear of Flying’ where a haunting Jones vocal seems to hover over the grinding wall of sound, detached but also integral.

‘Dream it Away’ is another step forward for Kutosis and sees them harness their raucous originality into some swirling soundscapes and ingenious melodies which become more addictive with each listen.

Watch the video for Crystal Beach below…

All words by Dave Jennings. You can read more from Dave on Louder Than War by checking out his author’s archive here.