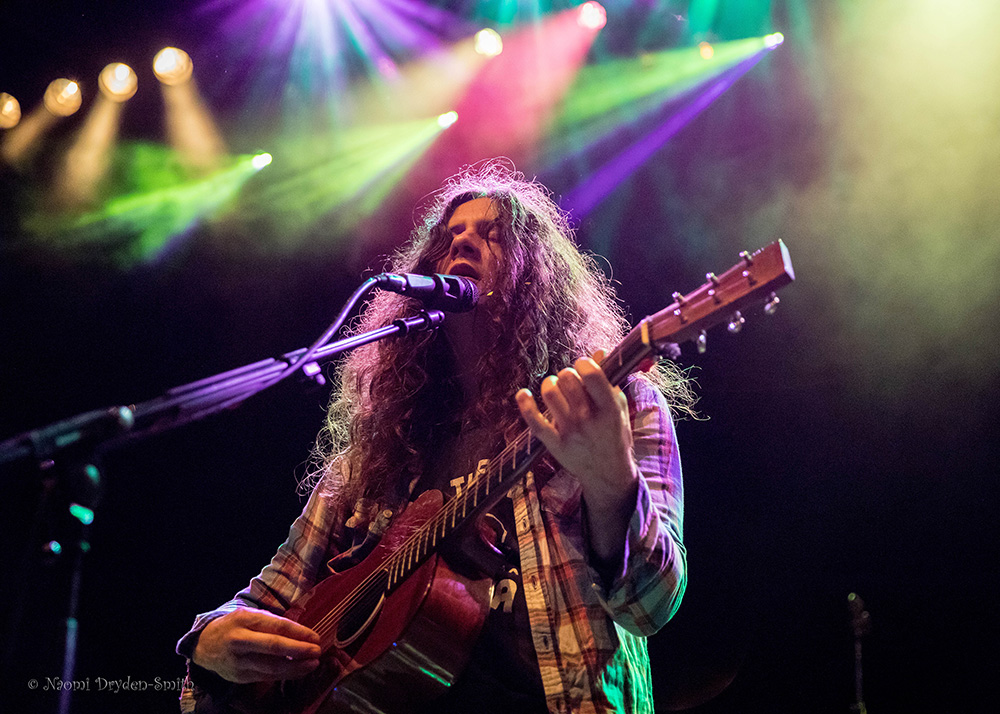 With lengthy solos and guitar changes aplenty (I lose count after the eighth or ninth), Vile and his backing band The Violators take the chill off a cold November night in Manchester with a setlist packed full of new material from latest album Bottle It In, released just last month, alongside a number of classics from an ever-growing, impressive back catalogue.

Both singles from the latest record are aired early, with the former War On Drugs lead guitarist opening with Loading Zones – he parks for free, in case you didn’t know – and following up with the epic Bassackwards just a couple of tracks later. Check Baby, a near eight-minute extended riff based around the concept of the commonplace pre-gig microphone check, is another song from Bottle It In, delivered with aplomb, and one that gets heads nodding and feet tapping inside the Albert Hall.

This isn’t just a night of Vile showcasing his latest efforts, though: Jesus Fever, from 2011’s breakthrough record Smoke Ring For My Halo, is played early on; I’m An Outlaw shows Vile at his banjo-playing best; while fan-favourite Peeping Tomboy sees the Philadelphia-born star go it alone, taking the spotlight on his own as The Violators take a well-earned four minute break halfway through the set. Tracks such as Yeah Bones and Wakin On a Pretty Day follow shortly, the latter preceding one of the most well-received tracks of the night – the incredible and crowd-rousing KV Crimes. 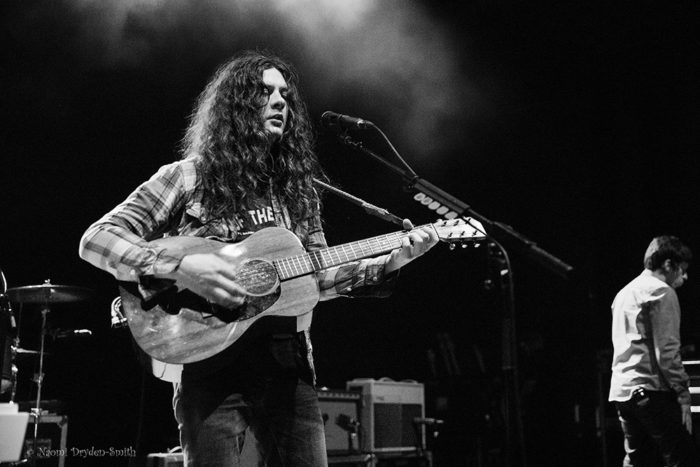 With the ornate setting that is the Albert Hall acting as the perfect backdrop for – arguably – the perfect Kurt Vile setlist, you get the impression that the 38-year-old and his band could carry on playing for hours, and that the crowd would love every minute of it.

Sadly, all good things eventually must come to an end, but not before an electrifying set is closed with Skinny Mini and Wild Imagination, which showcase Vile’s stunning songwriting at its most tender.

A three-song encore means there is still time for Vile to pick up the pace one more, with the infectious crowd-pleaser Pretty Pimpin’, taken from 2015’s B’lieve I’m Goin Down, resulting in one of the biggest sing-a-longs of the evening. A Girl Called Alex follows, before Kurt turns back the clock to end the set with one for all those long-term fans in the audience, finishing with Freak Train from his 2009 album Childish Prodigy.

A celebration of six strings, exemplary songwriting and a decade of Now Wave gigs, tonight feels like a party: one that further cements Kurt Vile’s status as one of the very best in the business right now. In terms of creativity, musicianship and the ability to put on a damn good rock ‘n’ roll show, they don’t get much better than him. All hail KV. 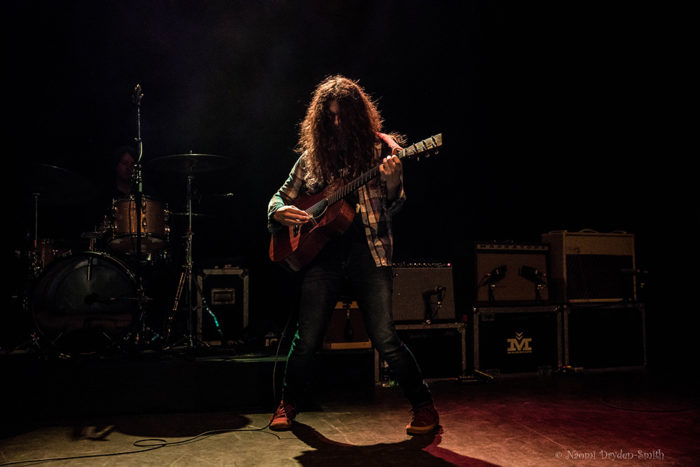 All words by Jon Taylor. More writing by Jon on Louder Than War can be found at his author’s archive. He tweets as @jontaylor91.

All photos by Naomi Dryden-Smith. You can find more of Naomi’s work for Louder Than War here, and she (occasionally) tweets as @nomeshome. Also on Facebook and Instagram. Naomi’s Photography portfolio can be found here