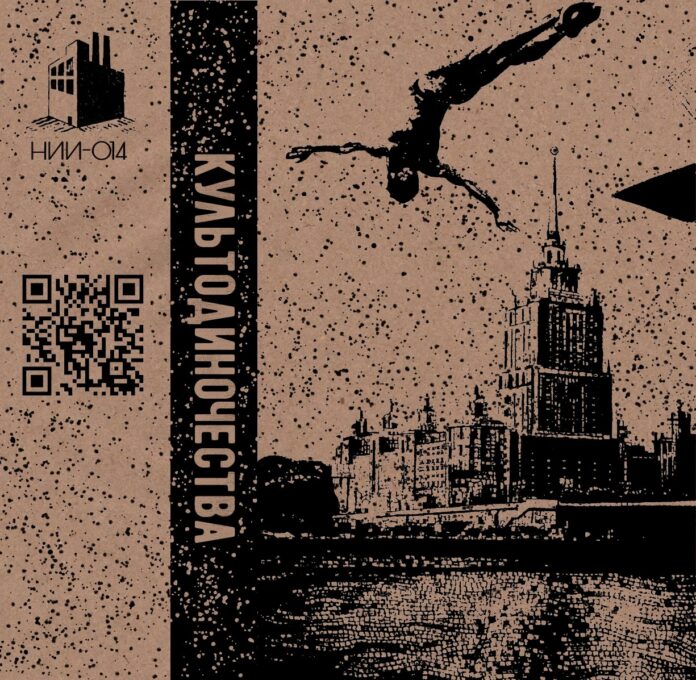 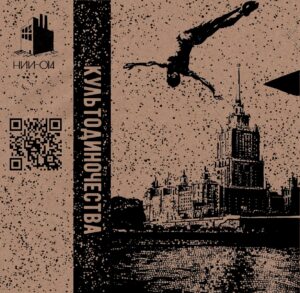 The latest long-play from Moscow-based post-punk collective Kultodinochestva definitely sounds like a certain step from something traditional. Exploring darker tonalities on the verge of shoegaze and well-known post-punk, the band has suddenly found their identity.

Following the words of their vocalist/guitarist Vova Antonov, it weren’t just organic changes or something they’d planned. But both these things. “We love very different music. From jazz to depressive black [metal]. That’s why, at the beginning of our work on a track, we wanted to put a certain reference, at first.” says Antonov. Even though their guitars and general tonalities remained as cold and minimalistic as they were on their previous LP – Pochti Mecty (Almost dreams), this time, Antonov decided to share the vocal duties with another guitarist of Kultodinochestva – Nari Yegorova.

While Vova thoughtfully says: “The combination of things leads to such a result”, Yegorova explains her switching to vocals saying: “With Pochti Mecty we had two songs with my vocals. There are three on the newest –  “Istlyet” (Smolder To Ashes)”. I’m curious about the possible references to My Bloody Valentine. But Nari immediately  explains, focusing on the creative part: “Having some demos, lyrics, ideas for the arrangements and just general concept of the record we get some clarity in terms of vocals. We understand who’s going to sing – for the song. As simple as that.” 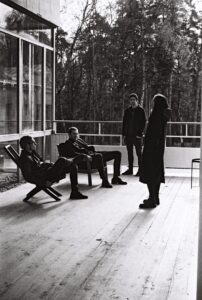 Clarity. It’s a good word. And probably good one to talk about such record as Istlyet. “It turned out that every time while making something each of us offer something. Some things, how the synth should sound like, how the drums should.” – it’s all about their approach, as Vova notices.

Desire to go a bit further pushed Kultodinochestva not to fear ruining the typicality of post-punk, with math-rock type guitar parts, occasional pauses and the landscapes they’re creating altogether. Or, maybe “desire” is a wrong one ? Antonov says “mood”. I immediately start thinking about one cold summer, 10 years ago – when I went to see St. Petersburg. That’s what this record sounds like.

Antonov is a bit telepathic. And stresses: “We’re always in a low spirits” and then adds: “It just turned out that all out previous releases are sad enough. So, with Istlyet we decided to put a little love and spring-type-of-mood inside of it. With it, we were managed to save this tension – just listen to tracks like “Atmosfera” (Atmosphere).

You can listen to the other releases of Kultodinochestva on their Bandcamp.