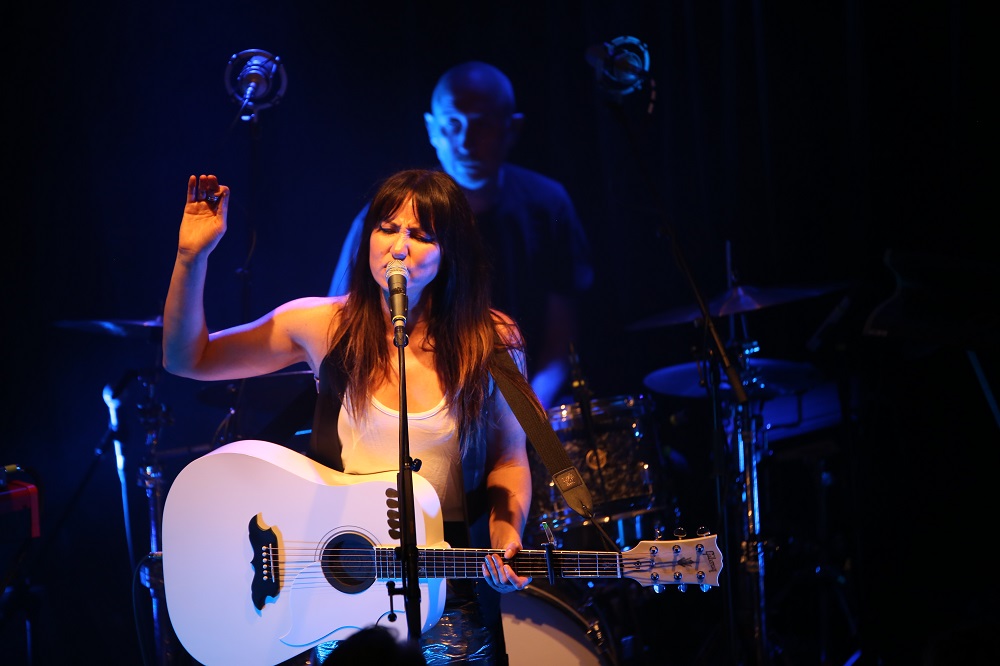 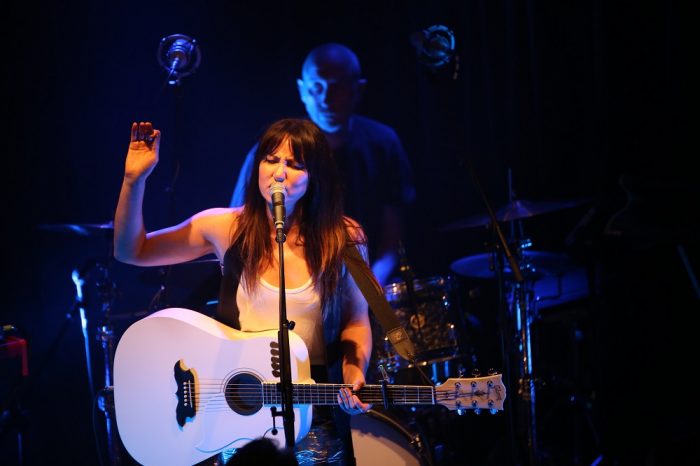 KT Tunstall has been around for such a long time you can forget she won a Brit for Best British Female Artist as far back as 2006 and picked up an Ivor Novello for her breakthrough hit Suddenly I See. It’s also that long since she played such an intimate gig as this 200 capacity venue This was an up close reminder of just what an engaging performer Tunstall is.

There’s a real joy in Tunstall’s live work as she chats with the faithful, bounds around the stage and even leads a impromptu singalong with the crowd waving their lit up phones in the air.

Someone with so many hits might be tempted to kick in with ones of the biggies, but who cares when Evil Eye from her well-received fifth album KIN opens proceedings in a very sweaty and slightly overexcited room.

Tunstall nearly quit writing the pop/rock sings she is so adept at which would have been a crime as evidenced by another KIN banger, It Took Me A Long Time to Get Here, But Here I Am, which is clearly the result of some big life changes like the passing of her dad and a divorce.

Other Side of the World which opened her debut album was another Tunstall classic to get an airing as her crack multinational three piece band drove the catchy chorus along.

Then it was time for the band to take a break as Tunstall played another newbie On My Star and this stripped down version showed off her guitar skills, and that she’d not lost any of her song-writing ability. Time for another big hit, Black Horse and the Cherry Tree, which Tunstall morphed into Seven Nation Army promoting yet another tiresome chorus of ‘Oh, Jeremy Corbyn.’

With the return of the band it was time to run through some typically high quality pop/rock songs like Push the Knot Away and Everything Has Its shape before Tunstall strapped on an electric guitar to rock out through The Healer.

It came as no surprise that Suddenly I See closed the show, and time has not withered its greatness, as the crowd happily sang along with Tunstall – who was drenched in sweat and good vibes – beaming her biggest smile down on a crowd in thrall to one of our best live entertainers.