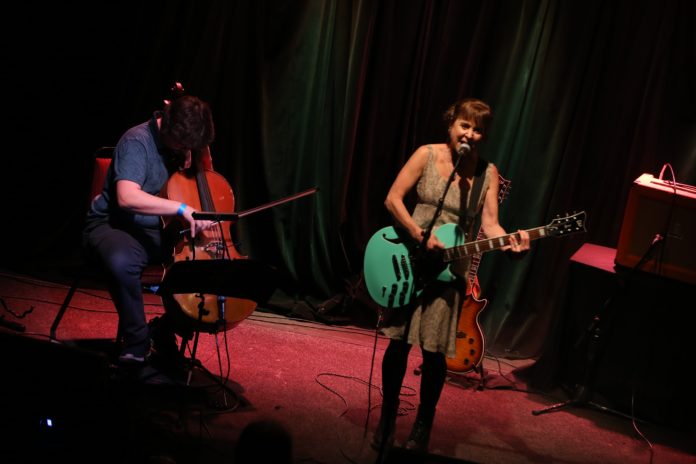 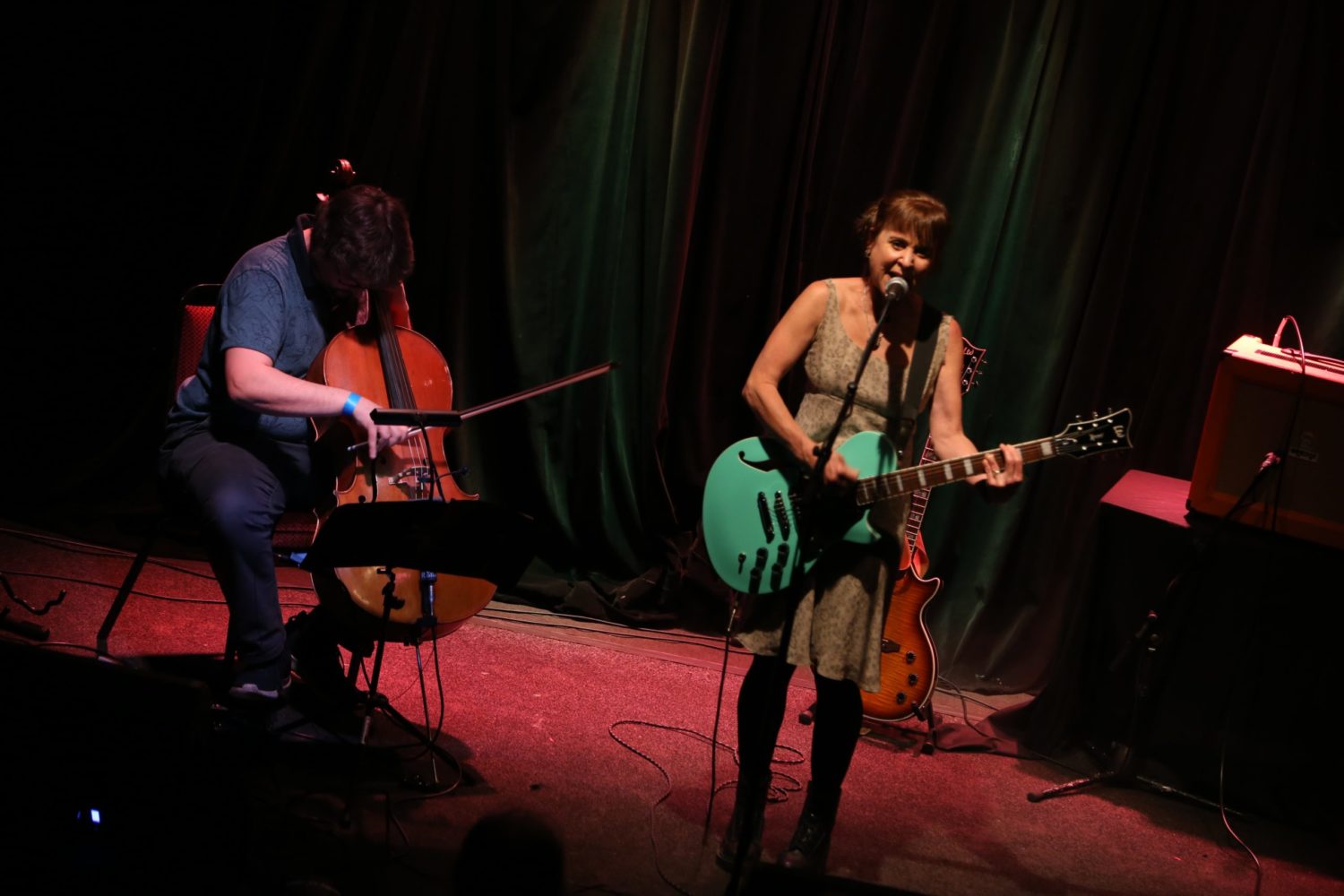 Paul Clarke (words and pictures) enters the intense and strange world of Kristin Hersh – and enjoys it.

It was always a toss-up whether The Pixies or Kristin Hersh’s old outfit Throwing Muses were the most influential alt-rock band of the eighties.

The jury may remain out on that, but Hersh’s still on the road as a solo artist offering up her trademark angst and direct guitar playing. The format is simple as Hersh stands alone with her green guitar and a voice that has got grittier with age and a turbulent life.

In our post-digital world, she can continue to follow her own very singular path thanks to the generosity of her diehard fans, known as Strange Angels, who crowdfund her work in return for some bespoke freebies.

No-one in this audience would be unaware of Hersh’s long term battles with mental health issues that she says have been successfully treated by eye-movement desensitisation and reprocessing therapies.

As Hersh seems to sink into an onstage trance, fixing her unnerving stare on the back wall, it’s worth recalling that a childhood bicycle crash left her hearing ambient sound continually creating a need to write discordant songs to make sense of it.

As she launches into LAX, from her last album ‘Possible Dust Clouds’, we get the trademark Hersh stream-of-consciousness lyrics based on her endless people watching with a throaty, intense rasp, and her basic but smart guitar playing. Hersh is so locked into her zen that the acknowledgement of the audience is minimal, and she doesn’t even notice a shouting match at the back of the room as two thick drunks are ejected for being noisy.

When you have a near four-decade career there is plenty of quality material to go and Hersh keeps the fans sweet with a direct Snake Oil from her sixth solo album ‘The Grotto’.

Halfway through Hersh is joined onstage by cellist Pete Harvey which seems to tighten up her singing and playing. Hersh is one of those rare artists who is incapable of dishonesty as Harvey’s evocative bowing lends real depth and pathos to Mississippi Kite. This was an example of where the honesty becomes raw and open as she stares out in the audience singing: ‘you told me enough times you can’t give me enough rope/to hang myself one time, but I can hope.’. Powerful and real.

It was back to her glory days with a brutal take on White Bikini Sand, from Limbo, with lyrics she has said her dad send to Hersh in a letter, which he then said she actually sent to him in a dream. That story would sound contrived if it was virtually any other artist, but it seems to fit with Hersh’s rich backstory.

The set comes to a close with a spooky version of Your Ghost, which even without Michael Stipe’s ethereal vocals is a song that had hit written all over, except it is just too darn odd. Harvey’s playing is of the highest order as Hersh draws out the melody on her guitar intoning the off-kilter words, much to the delight of the Strange Angels.

Kristin Hersh is a genuine one-off, and on the evidence of this intense and often raw show, it is really easy to see why her fans continue to invest in her.

Review by Paul Clarke, you can see my author profile here