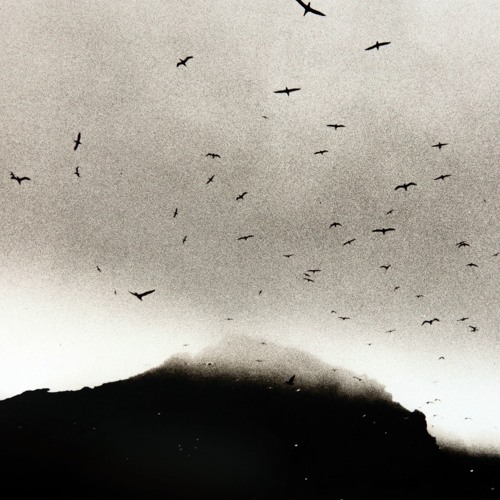 Kris Drever: If Wishes Were Horses

The first solo album for six years  from the  highly rated and inspirational singer, guitarist and songwriter. Ten years in the trade sees Kris Drever emerging  from his involvement with multi award winning band  Lau and his early  clean cut and crew cut of yore into a bearded and handsomely windswept artist with the styling to match.

His recent move to the Shetlands from the boisterous nature of urban Scotland comes across in the relaxed nature and organic feel of the songs, the album aptly enough signing off  with ‘Going To The North’ where he admits that “the cold wind concentrates the mind, blows the blues away.” In fact, it’s the lyrical content which is particularly fascinating about this set, made up of songs which of a semi-biographical nature as well as addressing wider themes. A swift  glance through the song titles hints as such:  ‘I Didn’t Try Hard Enough’, ‘When The Shouting Is Over and ‘Hard Year’ all give some indication that ‘If Wishes Were Horses ‘ is going to be quite an thought-provoking not to mention,  telling ride.

Indeed, cutting below the surface of the song titles, there are shedloads of telling lines in the songs – “The gold we saved in the good times, turned to lead when it was rough”, “Talked it through twice, resolution not easy”, “I know it’s been a hard year, we’ve cried a thousand tears” – taken in isolation they may be but in the context of the songs then this is an album where Kris seems to be lightening his load. Perhaps even taking up a direction which  seems to be a new emergence in the folk circles;  artists to rely less on the conventional reliance of interpreting traditional themes and taking  more of a chance to open themselves up  personally – being prepared to bare the soul and expose personal feelings has always happened in musical terms – an expression through song  writing coming from their own emotions and experiences. Most recently, Bella Hardy’s ‘With The Dawn’ (LTW review here) took up a similar approach with a set of songs which melted and dripped with her outpourings.

As ‘I Didn’t Try Hard Enough’  moves into the contrast of the more languid and pensive pace of ‘When We Roll In The Morning’ the feeling starts to dawn that this is going to be quite a telling journey through an album of songs which may well turn out  to be more revealing than the song titles suggest.  The latter   looking back with no regrets yet hopeful that “the third time” will be the final time to fall in love. The title track and ‘Five Past Two’ are all world weary thoughts and wishes while ‘The Longest Day’ catches Drever  at his most lyrical and poetic  and musically sparse . Aside from Lewis Spence’s ‘Capernaum’ poem set to music  previously done by Ed Miller, ‘If Wishes Were Horses’ is all Drever originals.  A chance to show his  maturity as a lyricist with a shrewd and  perceptive view on the world. Broken hearts, tears and bloodshed – maybe a good enough  reason to leave the city behind and seek out the tranquillity of his beloved  islands, it’s a record full of thoughtful reflection and taking the time to reflect on life.

Adding to Drever’s own  fluent guitar, his assembled  band of players provide subtle accompaniment, Louis Abbott in particular proving the value of  a bit of percussion makes to acoustic based folk material.  Ian Carr is on the album on trumpet as well as his usual guitar, Euan Burton on bass plus piano and Wurlitzer and there’s some additional vocal from Yolanda Quartey, but at the core, the songs and prevalence is characteristically Drever.

Celebrating ten years in the business with an accompanying  solo tour,  well worth seeking if Drever is heading your way,  ‘If Wishes Were Horses’ seems set to emerge as an album of songs which in a few months time, if not before,  many will be ranking  amongst  the year’s best.

Watch Kris Drever performing ‘When The Shouting Is Over’ from the album at Celtic Connection January 2016:

You can find Kris Drever  online at: https://krisdrever.com/. He is   also on Facebook  and tweets  as @KrisDrever