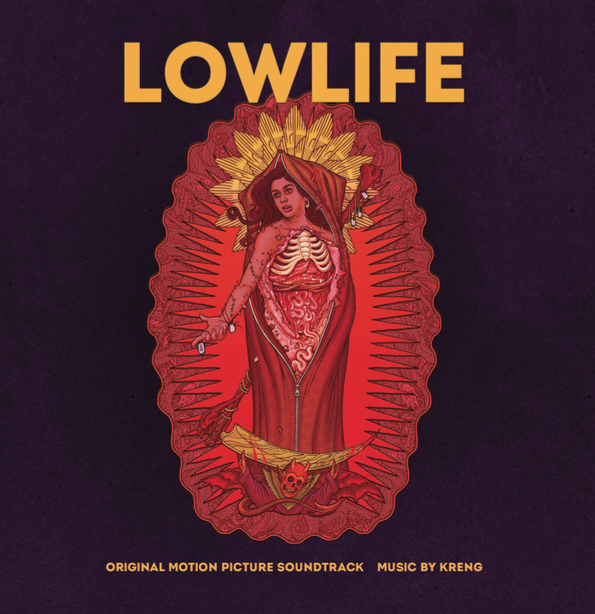 Invada Records announce the exclusive worldwide release of Kreng’s Lowlife OST on vinyl. Previously available only in digital format via Lakeshore Records the vinyl also comes with exclusive artwork (see above) and will be a one-off pressing on purple vinyl.

Lowlife is described as a “berserk, blood-spattered, and wickedly entertaining feature debut from Ryan Prows” and is the tale of a fallen Mexican wrestler with serious rage issues, a just-out-of-prison ex-con with a regrettable face tattoo, and a recovering junkie motel owner in search of a kidney being thrown together in the seedy underbelly of Los Angeles.

Kreng’s score for Lowlife is a wonderfully mutated creation mixing traditional instrumentation with warped electronics making it a disturbing, playful and absorbing work.

Lowlife will be available from the 29th June and will come with a download code.