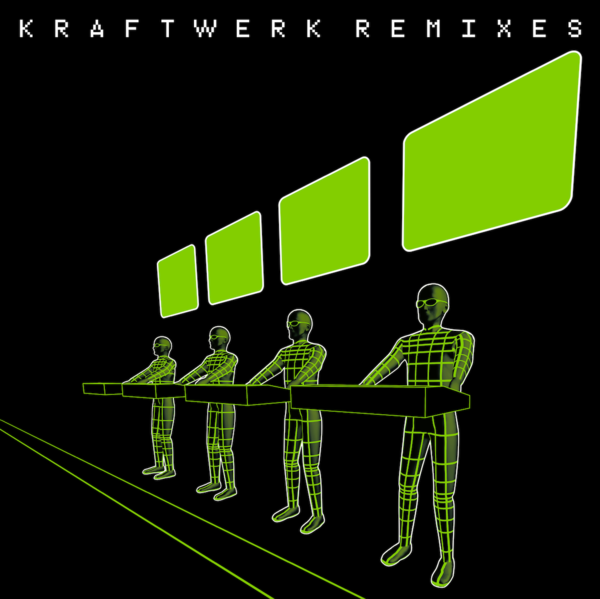 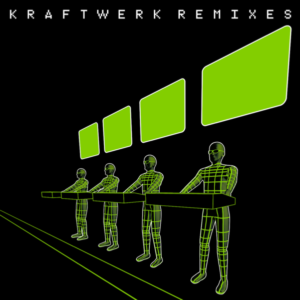 The year is 1981. Post punk is king and I am listening to Au Pairs, Raincoats, PiL’s Flowers of Romance and the Bunnymen’s Heaven Up Here. As far as I am concerned, this music is as cool and as out there as it gets and, by extension, so am I.

A friend of mine is trying to persuade me to go to see Kraftwerk with him at Liverpool’s Royal Court. I am reluctant as Kraftwerk are not part of post punk’s glorious peak. I am nothing if not a purist.

But he wants someone to go to the gig with him and he talks me into it. I am also easily led.

We arrive at the Royal Court, me wearing a leather jacket and an air of indifference, and stare at the stage. This does not look like an ordinary rock gig is going to take place, there are banks of keyboards, mixing desks and, most impressively, 4 huge video screens. This looks more like the bridge of the Starship Enterprise than a gig – the post punk in me approves.

But, once the gig starts I am left cold by it all. The video screens that I thought so futuristic all show the same cine films, one being a black and white journey along a motorway for the whole of an extended version of Autobahn. The songs seem almost empty apart from various bleeps and electronic squiggles. I am unmoved and will go on to talk of this as one of the worst gigs I have been to for many years.

But if we fast forward a decade or two, you will likely find me kicking myself for not paying more attention to this gig, for not appreciating it more. My immersion in the dance music revolution of the 90s has lead me to revere Kraftwerk as pioneers and I impress friends by telling them that I saw the band play live way back 1981, before they were cool. What I don’t tell them is that Kraftwerk were so far ahead of the curve that it took me and my old fashioned attitudes many years to catch up with them.

The reason for this confession, apart from it being good for the soul,  is to illustrate the legend that Kraftwerk were so involved with creating the future that it was easy to be under prepared for them. Those of us still worshipping guitars could find them too much, at a time when we thought we were being almost revolutionary.

When their influence came to the mainstream, Kraftwerk had been plying their trade for around 20 years. They were quickly adopted by early electro and house and, finally, the world caught up with them.

By then of course, they had moved on again. But they had also built up a substantial body of work that could be raided for inspiration. Their songs also lent themselves to modern remixes, whether by the band themselves or their new legion of fans. Kraftwerk remixes have popped up many times over the years, in official and non-official capacities.

And now, handily, there is a compilation album that brings 19 of these remixes together, available as a triple album or double CD, succinctly called Remixes. Remixers involved in this project include William Orbit, Orbital, Underground Resistance and Hot Chip.

Starting our journey through this mammoth collection is Non Stop, one of the more recent additions to their catalogue. It shows that while Kraftwerk’s modus operandi may remain recognisable, they have been able to adapt to new technology without falling in to the trap of being influenced by trends in electronic music. This is an updating of their sound and it suits them well. The motorik beats are there but Non Stop gives the impression that the advances in tech make it easier for them to do what they do. This feels almost languid and relaxed.

Next up are two versions of Radioactivity, one remixed by William Orbit and the other by Francois Kervorkian. William Orbit turns in a dancefloor-friendly version of this classic Kraftwerk tune with four-to-the-floor beats high in the mix and the song’s catchy riff fading in and out of consciousness. Kervorkian takes a subtler approach and updates the original rather than reworking it too much, reminding me more of the Minimum-Maximum version, at least until we get to a dancey middle breakdown.

Remixes treats us to no less than 7 versions of Expo 2000 spread over the two CDs, which seems a lot even for a completist. Hopefully the remixers have made them different enough to warrant their inclusion, so let’s see what is going on.

First up is the Kling Klang Mix 2002, sounding almost jaunty and with Kraftwerk’s unique drum sound giving the song an upbeat feel. By contrast, the Kling Klang Mix 2001 is up next and strips the songs down to its basic keyboard parts, removing all drum sounds. What is left is an almost ambient skeleton of a song that puts me in mind of Art of Noise.

Orbital are next up and make the song sound like…Orbital. Well a little at least, this is still identifiably Kraftwerk, but presented again in a club friendly format. Orbital remixing Kraftwerk sounds like pretty much the perfect match and what we get out of it is the best track on the album so far and one that would have gone down a storm during the nights of my misspent youth at Voodoo or Cream in Liverpool.

Francois Kervorkian is back for the next version, together with Rob Rives, who turn in another club floor filler, albeit a less hands in the air version than Orbital. This version has a darker feel to it and a hypnotic bassline that again takes me back to the dancefloors of my youth.

My main worry here is that by listening to all 7 versions, the song would outstay its welcome.  This is not the case and instead it is fascinating to hear how these different people have interpreted and worked with the original song. The personalities involved here have shone through and created new versions of the song that take it far from its roots and demonstrates the art of creating good, worthwhile remixes.

Home Computer (2021 Single Edit) brings the first disc to a close and is a fairly faithful update of the original. Listening to it now it is easy to see how and why the 80s synthpop boom happened. What Kraftwerk had done by this time was to have created a blueprint that was easily picked up by new bands as technology became widely available and more affordable.

Over at CD 2, once we skip past the Expo remixes mentioned above, we are thrown into another exploration of the art of remixing as we are presented with 4 versions of Aero Dynamik. This is not a huge surprise, as the song’s bassline makes it ideal for dancefloor workovers.

Kraftwerk themselves take the first run at this with their Kling Klang Dynamix version that gives us a modern take on the song. The technology available to Kraftwerk in later years must have opened up whole new worlds for them given what they had previously had at their disposal. It is good then that their songs from these more primitive times can be redone using the technology that was probably in their creators minds when they wrote them.

Alex Gopher and Etienne De Crecy amplify the song’s motorik beat and add a huge pounding bass drum to power their remix through its 7 plus minutes. The 303 sound much loved in the 90s makes an appearance, adding Acid vibes to the song, making it something it is hard to sit still to. A certain Francois Kervorkian is back once again with his Aero mix, although it doesn’t seem to add much that the previous mix did. Maybe this is an instance of one too many remixes?

Finishing this run of remixing talents is the Hot Chip version that, thankfully, does bring something new to the table. Their Intelligent Design Mix is quite happy to veer away from the template and as a result gives us something that genuinely sounds like a new song.

Hot Chip reappear on the next track, a remix of La Forme clocking in at over 11 minutes. This time they produce a slow burn of a song that builds to a bouncy track that would have fit right in with the Simian Mobile Disco/Justice era. Good on Hot Chip for feeling free to take these liberties.

So after listening to this collection of remixes I am again reminded of what a poor judge of good music I was back in 1981, when my post punk blinkers stopped me from appreciating seeing the future take shape in front of my eyes. The simple truth is that I was wrong and Kraftwerk were right, and I am glad that the scales fell from my eyes during the dance music revolution.

It may have taken me and a large part of the world to catch up with Kraftwerk, but what they did laid the foundations for a lot of what I came to love. And there is a great deal of love in these remixes.

This album is proof that the past, the present and the future still belong to Kraftwerk.