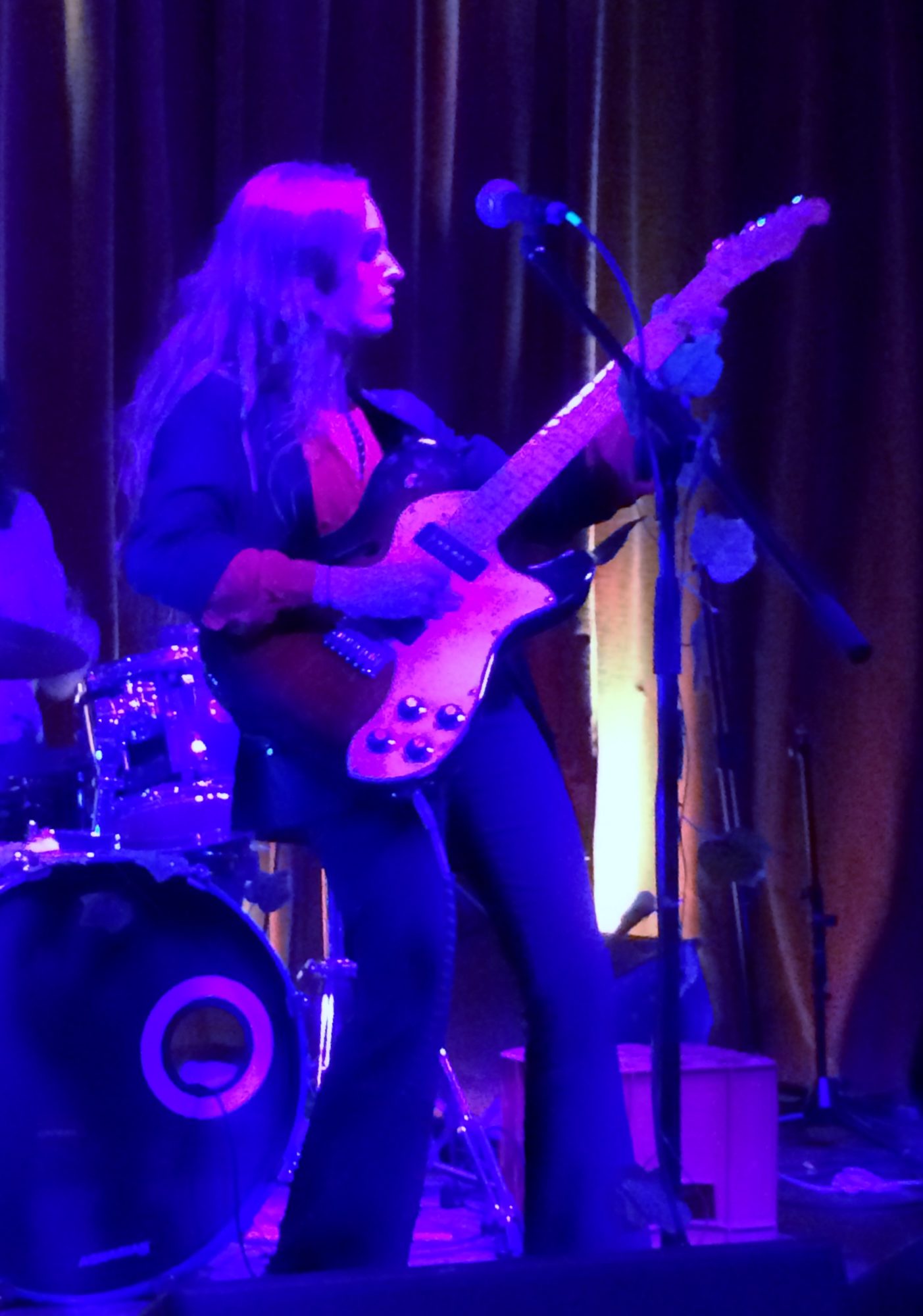 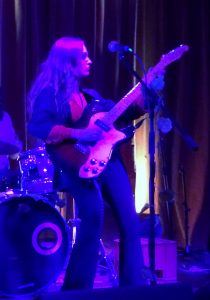 Gullivers is one of the nicer small venues in Manchester. The live venue always feels welcoming and has a clientele usually willing to give the talent on offer plenty of support. The Kotodama event was no exception. Featuring bands from around the country, they had assembled a very interesting line-up indeed.

Hailing from Doncaster, but currently Manchester based, Saintts kicked off the gig in fine style. Heavy, and experimental with the way they meld together tempos and riffs, they never leave the audience any room to become complacent. With Alex Taylor Rave screaming or cajoling the audience with his mix of vocal styles, the set was suitably explosive. Bringing some excellent tracks to the early crowd, such as their single Kai, they showed why they are definitely ones to watch for the future. Ending the set with a chaotic flourish, with drummer Ben Hallet at the front of the stage hollering down the mike and messing with the guitar pedals as bass player Jack Byrne looked on. 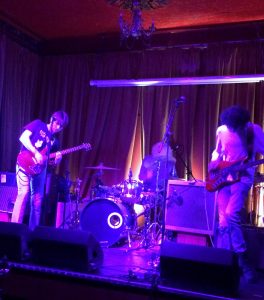 The Hungry Ghosts from Birmingham also gave the early crowd great entertainment and plenty to think about. Already the gig showed the exciting diversity in alt-psych rock on the current scene. With his dandy dress sense and southern preacher hand-gestures, Joe Joseph brought a touch of off-beat charm to the stage. The self-proclaimed purveyors of ‘slaughterhouse blues and trash country – music from the other side of the fence’ played a strong set, including a great track, Super King King, from their recent EP Blood Red Bones. Their jaded, dangerous faux-American feel made for a great set.

Tremmors were less flamboyant but still provided some damn fine rock. They provided a short but well-received set, due to not wanting to pile too much onto their new bass player. The sound was heavy, loud and made for a great set. It wasn’t all in-your-face, though. There were some fine blues-based moments that were full of melody. The vocals were especially fine from this South Yorkshire band. With tracks like Devil’s Plaything and finishing track Last Goodbye, the crowd really seemed to enjoy the sounds this band had to offer.

Bonsai from Stoke on Trent showed it must be the night for charismatic singers, with Chris Hough dancing like a dervish, feeling every chord and syllable. There was a more melodic feel to their music than some of the previous bands, but they still had some hard-hitting material like the excellent Copper Coloured Coins. Yesterdays Tomorrow was also great live. In a night for showmen, the guys from Bonsai more than held their own.

The psych rock extravaganza that is The Mothers Earth Experiment came dressed for the gig in fabulous florals and flares. With a little glitter to finish the look all that was needed was the music. They did not disappoint. There was a great sixties vibe and a number of genres emerged including some jazz based interludes. The vocals from Mark Roberts and keyboards from James Baker were especially good, although the rest of the band were also something special. They brought some the audience some impressive tracks like Cool Down Mama with its tribal chanting and the best track, the stunning Fortress.

Dusst had come down the road from Liverpool. No dressing up here, just some stunning blues-based guitar music and a mellow vibe. Self-effacing frontman Joe, a change from those who had gone before, let the music do all the work. And what music. No fuss, just superb musicianship all round. Dusst have melded many traditional genres, such as blues, jazz and soul into something special, with more than a hint of psych to pull the whole sound together. It was all special, but Happiness On The Horizon with its stunning guitars was a highlight and Cow was a melancholy delight. A must-catch band.

Headliner Maddy Storm may be small in stature but her voice soars to the stars. Moody and unforgettable, she brought some stunning tracks to a crowd who loved every minute. This was a forceful and gutsy performance that the crowd loved. With a set full of haunting vocal melodies, Maddy had the crowd in the palm of her hand. Water, her next single, featured near to the beginning of the set, while her recent singles To The Sun and Tempest were also highlights, showcasing her incredible vocal range. Maddy was ably backed by her band, a special proposition in their own right, but there was no question of who was the star of the show. The whole thing reeked professionalism and talent. A fitting ending to a stellar evening.

More on the bands: