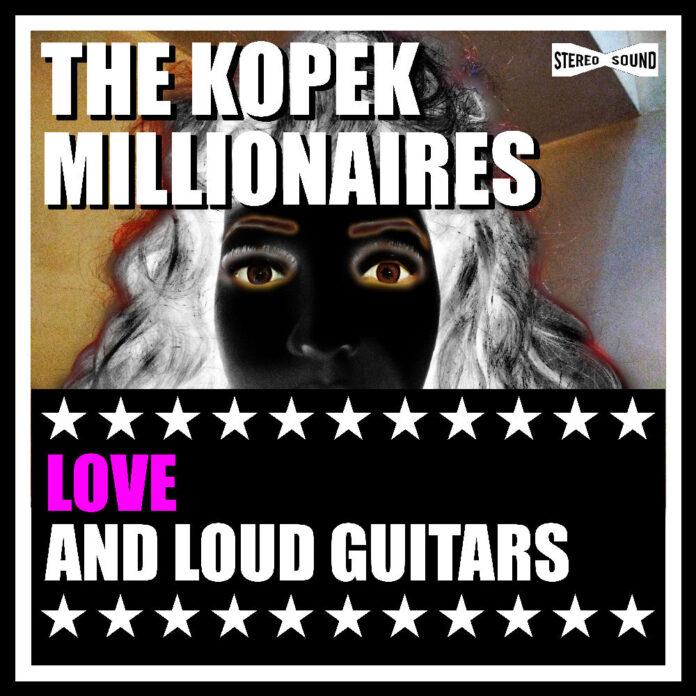 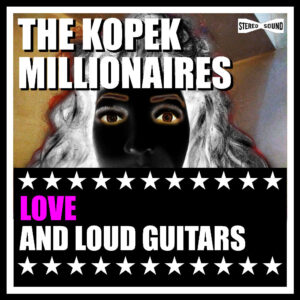 Manchester based The Kopek Millionaires have just dropped the limited edition six track ‘Love And Loud Guitars’ EP, the long overdue follow up to 2016’s ‘Hopes and Dreams and Goldfish’ – the delay forced by personal issues has certainly been worth waiting for!

For the unfamiliar, The Kopeks Millionaires are fronted by the charismatic Johny Skullknuckles who has recently returned to guitar duties with Goldblade, in the past he has been in the ranks of the likes of The Anti-Nowhere League, Section 5, and The Business. Initially set up as a studio outfit, the Kopeks have occasionally ventured out onto the live circuit – last years appearance at The Rebellion Festival was outstanding. When we can get back to going to gigs, make a point of seeing them.

Anyway, ‘Love And Loud Guitars’ – its crammed with glam tinged, gutter rock n’ roll, a less than subtle blend of new wave, power pop, and the sort of sleaze peddled by the likes of Hanoi Rocks; that’s a big claim I know but rest assured its accurate!

Opener ‘Sid Wishes’ builds around an infectious riff before the clattering of drums hurls you forward, its filthy bad to the bone stuff, soaring vocals, a chanted breakdown with some neat backing vocals resulting in a fist pumping gem, similarly with ‘Tell Me Baby’ which adopts a more high school bop vibe and even features a blast of brass to compete with Skullknuckles strident vocal refrains, ahead of chugger ‘Punk Girl From Another World’ a lament to an unnamed vixen in Boy threads “oh your so pretty, I think about you, oh you’re so pretty, but what can I do”.

‘It Could Happen To You’ returns to the gas, the standout of the collection, this is full on Strummer & Jones inspired pop, its got every ingredient – a warm bass line that reminded me of Segs Jennings at his most playful, neat guitar riffs, clattering drums, and some pure heart bursting lovelorn vocals accompanied by oodles of “woah, woah” backing that ignite the flames of passion.

‘A Picture In My Memory’ is the EP curveball, a keyboard led eulogy that demonstrates this is a band not afraid to take risks ahead of closer ‘The Thieving Hands’ which returns to more familiar territory.

The Kopek Millionaires have crafted an absolute golden nugget, six tracks of feisty dripped in glam pop, that is worthy of your attention.