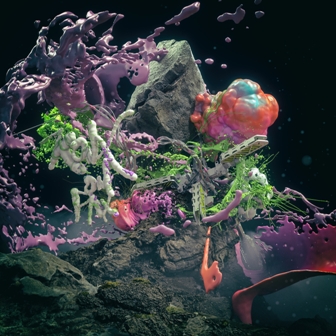 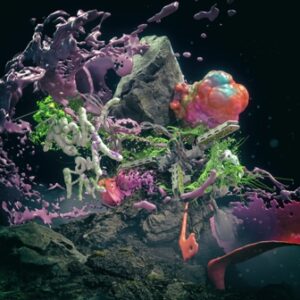 You may not think it if you spent even just three minutes watching the news or trawling social media but we are living in a golden age. Industries have changed. Politics is a steaming pile of hypocrisy and dangerous rhetoric but one thing is refusing to be beaten down and that thing is electronic music. Just scrawling through various websites / magazines dedicated to the genre shows us that there have been a plethora of great works released this year alone and whilst headlines may have been grabbed by the “high concept” drama of Flying Lotus’ latest or the recent innovations by Holly Herndon it has been the more understated releases that hold the true magic within their running time. Albums like Cosey Fanni Tutti’s sensual Tutti or the glistening Polymer by Plaid have shown us that once again it is in the realm of electronica that we find some of the most emotive and intelligent music.

Where are we going with this? Well with Ways of Seeing Konx-om-Pax has not only released an album that hangs together beautifully covering a gamut of emotional ticks and tickles, he has also created a work that will stand high in the rankings of best-ever releases on the Planet Mu label, a label not short of a few classics.

Ways of Seeing is an album so rich in detail and arrangement that whilst it may not be deemed “concept” it does that thing all great albums do and create its own world for us to inhabit and explore. It is one of those great electronica albums where you are free to pull it apart and select individual tracks without fear of choosing a weak moment yet it also blends seamlessly together giving you an alternate experience. Ways of Seeing is a universe of its own creation with each track coming with its own postcode allowing us to travel through each area with no passport…this is borderless.

From the mood setting noir of opener LA Melody onto the reflective shore of Missing Something, Ways of Seeing carries you through its world with ease. Never does a moment jar or feel alien. Everything in its right place. There is great emotion bedded into the fabric of Ways of Seeing with everything from dreamy nostalgia (Salule Acid) to soul-searching reflection (Rez) thrown into the mix. Scholefield even pulls off that tough trick of nodding to his peers (Optimism Over Despair’s echoing of Modeselektor and the light/dark balance of Mark Pritchard can be heard on Earthly Delights) without ever sounding copyist or resorting to lazy mimicry.

Ways of Seeing is a new language created with old words. It is an album that wants to fully embrace you and to allow you some space to close off from the real world and drift through this new one that Konx-om-Pax has invented with love, dedication, sweat and intelligence. A thoughtful album for thoughtless times and a soothing balm that should be utilised by everyone. Enjoy it in sections or as a whole but whatever you chose to do don’t do it a disservice by treating it as background fodder. Commit to it and it shall reward you with a sense of serenity. Its beauty shall never be diminished.