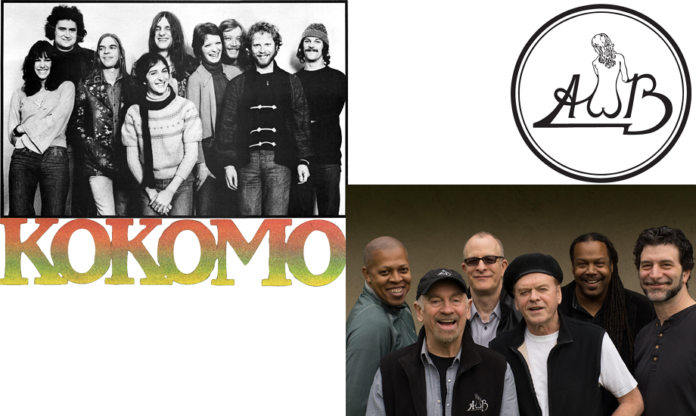 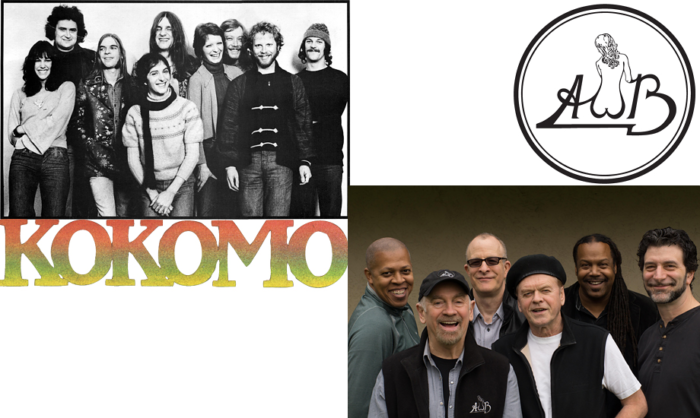 Two stalwarts of the UK seventies funk and soul scene paired together as a “soul summit”. A rather brilliant evening part of London’s EFG jazz festival. Louder Than War’s Craig Chaligne reviews.

The reunion of the two leading funk outfits of seventies Britain resulted in a sell out performance. Recreating the line-up of many fine music evenings of the seventies, it was Kokomo who opened the evening. Featuring six of the bands original members: Tony O’Malley (vocals and keyboards), Paddy McHugh and Frank Collins (vocals and harmonies), Neil Hubbard and Jim Mullen (guitars), Jody Linscott (percussions), who were ably helped by newcomers Helena-May Harrison (vocals, covering for an unwell Dyan Birch), Frank Tontoh (drums), Jennifer Maidman (bass guitar) and Frank Deruytter (saxophone, deputizing for Mel Collins who is currently touring with King Crimson). The band had only 45 minutes but certainly made the most of it with a fantastic set. Opening with “Third Time Around”, the band followed with an impressive take on Tony O’Malley’s “Naked Flame”. Their version of Allen Toussaint’s “Yes We Can Can” was a fitting tribute to the recently departed american songwriter. Frank Collins took in the role of MC with passion and enthusiasm pulling the crowd from their slumber (not always easy in a completely seated venue) and making sure a splendid time was had by all. The trio of Dyan Birch, Frank Collins and Paddy McHugh are one of the best group of singers Britain has ever produced (they are still in demand for sessions to this day) and Helena-May Harrison had a big shoes to fill but you can see from the way she interacts with Frank And Paddy on stage that she feels perfectly at ease (as she proved on “Forever”). There wasn’t a dry eye left in the house after Paddy McHugh finished “Angel” and their great version of  Bobby Womack’s “I Can’t Understand It” closed their set with a bang.

The Average White Band feature original members Alan Gorrie and Onnie McIntyre. Since reforming in 1989, they have been maintaining a steady touring schedule on both sides of the Atlantic. With former member Hamish Stuart heading his own outfit, it gives AWB fans plenty of opportunities to hear their favourite songs live. The band haven’t being putting out much new material but they can’t be faulted on the live front and the quartet of musicians helping out Gorrie and McIntyre do a tremendous job but the concert felt a little workmanlike compared to the energetic performance from Kokomo. All the crowd pleasers featured in setlist (Work To Do, Atlantic Avenue) and the whole of the Festival Hall was dancing by the end of the performance. Drummer Rocky Bryant soloed to good effect on “In The Beginning” and an encore of “Let’s Go Round Again” and “Pick Up The Pieces” cemented a fine a fine of British Funk and Soul.