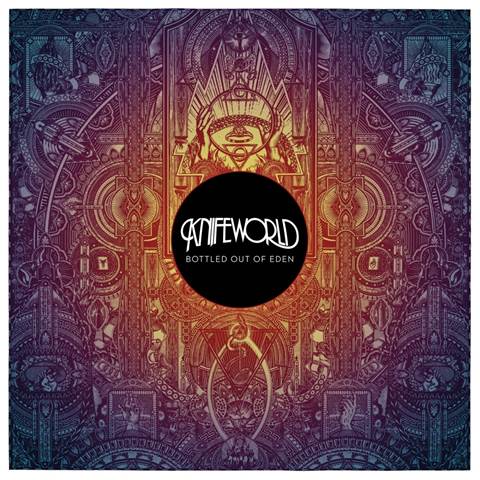 London-based psychedelic octet Knifeworld recently announced that their third studio album ‘Bottled Out Of Eden’, will be released on InsideOut Music on the 22nd April 2016. You can now view the stunning artwork for the album above, as well as a new teaser trailer for the record here:

Knifeworld’s Kavus Torabi had this to say:

“The beautiful artwork has been executed, once again by Steve Mitchell at 57 design. He’s been responsible for all of our graphics since the beginning and, for me, his work really defines the look of Knifeworld.

The teaser is from the recording of the album in the studio Midi-Pyrenees with Bob Drake. It’s an enormous converted barn in the South of France with the most extraordinary acoustic spaces to record in. Hundreds of albums have been made there since the 90’s and it has a big connection with Henry Cow and many related projects, so it was such a pleasure to finally work there ourselves.”

The full track-listing for the album is as follows:

The band have also announced a special album launch show at London’s Bush Hall on Thursday 12th May which will feature their biggest production yet plus a lot of surprises from the Knifeworld back catalogue. Tickets are on sale now.

The follow-up to 2014’s ‘The Unravelling’, described by The Guardian as “an ingenious, joyful exercise in exploratory zeal”, BOOE is a subtler but more immediate record than any other Knifeworld release. At times beautiful and uplifting & at others melancholic, haunting and otherworldly, the album remains surprisingly accessible and frontman Kavus Torabi had this to say:

“After The Unravelling, which took over a year to complete, we deliberately wanted to change the variables. To alter the approach in order to make something different. I love The Unravelling but it was a very difficult record to make. Rather than spending so long in the studio, constructing, arranging, recording, re-recording and adding layers of additional instruments and noises, this time round we wanted something rawer, more live sounding.”

“Once we had the title, ‘Bottled Out Of Eden’, the songs came very quickly. For me, the title has three possible interpretations and all the songs fall under at least one of them. I always like to have a definite theme, it allows you to map out the territory making it far easier to identify which songs that will or won’t fit with the overarching idea giving the record a far greater cohesion.”

‘Bottled Out Of Eden’ fuses elements of English psychedelic pop, folk and art rock, with NY minimalist inspired horn arrangements and typically unconventional song structures that take full advantage of the bands 8-piece line-up. The tail end of last year saw that full band out on tour in the UK with their friends in Vennart where they road-tested several songs from the album. Kavus continues:

“One aspect of Bottled Out Of Eden is the idea of a self-made Heaven or a self-imposed Hell, that agony or ecstasy are often a choice. I look back on the twenty five years of making the kind of music I do, particularly the last six with Knifeworld and just feel so fortunate for the friendships, experiences and absolute joy it has brought. I wanted the album to be as much about that, a celebration of this all too fleeting life, as it is a reflection on death and its impact on everyone that is left behind.”

The full line-up of Knifeworld is as follows: 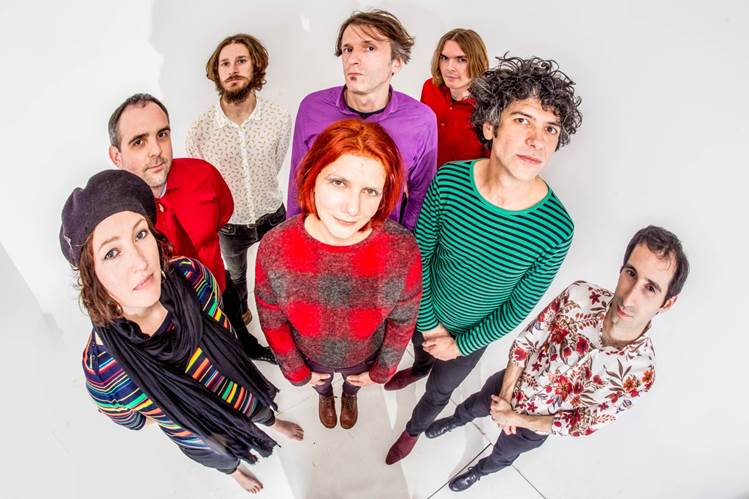 Look out for more information on ‘Bottled Out Of Eden’ & tour dates in the coming months!

Words  by Mike Ainscoe. You can find more of Mike’s writing on Louder Than War at his author’s archive and his website is www.michaelainscoephotography.co.uk