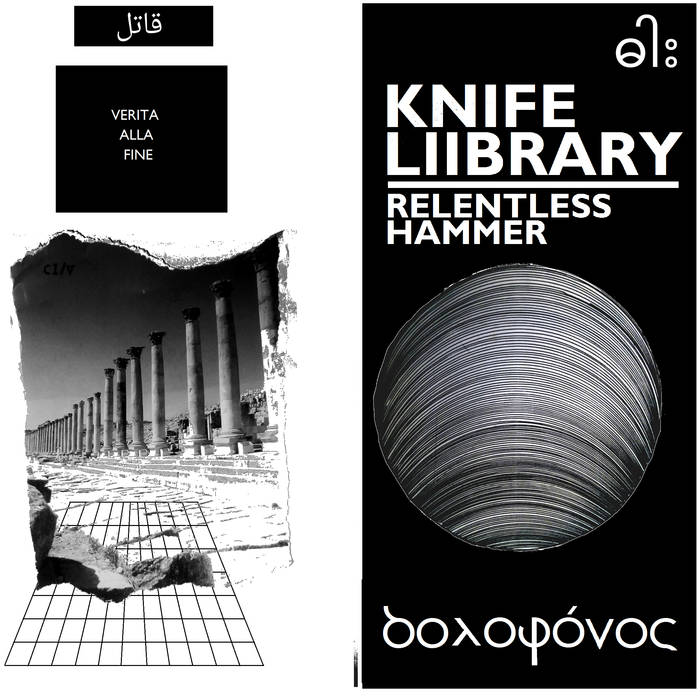 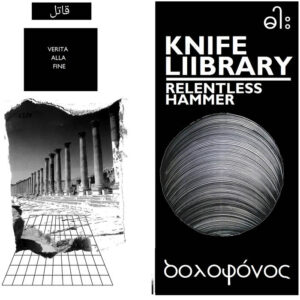 Musical polymath Matt Loveridge serves up another slice of his psyche under the banner of Knife Library. Simon Tucker reviews.

Ok, so we have been covering the work of Bristol based musician Matt Loveridge for a while now. This is down to not only his obvious talent but the sheer wealth of material he releases, usually under an alias (MXLX, Fairhorns). After what has felt like a long wait (long for Matt anyway) we finally get a new album and boy it was worth the wait.

Under the moniker Knife Liibrary, Loveridge dishes up a nine song cycle through a twisted version of post-blues piano ballads that have been recorded so intimately it can sometimes feel uncomfortable, like you’re peeking into a room you shouldn’t be.

Relentless Hammer manages to perfectly capture the fractured nature of modern living, with various voices (all Loveridge’s) conversing with each other, cutting over each others sentences, interrupting and piercing. For all the glorious music this album contains it is the human voice that remains the most powerful tool of all. Matt ranges from guttural, insidious cajoling (Lifekicker) to beautiful harmonies (Drowned A Bit But Came Back Out Of The Water Screaming “FUCK RIGHT OFF”) sounding more like the work of a band than one solo singer.

Relentless Hammer sonic palette all starts with the piano and while there are certainly moments of genteel beauty and melancholy, there are also moments that are purely terrifying managing to summon thoughts of Swans or Sonic Youth at their most dissonant (Skeleton Gonna Grin Well Innocent manages to balance the both in devastating fashion) and whilst that may lead you believe this is a work that is for the lover of the “out-there” there are sections which would suit those into the work of Nils Frahm and Max Richter scattered throughout adding a classical touch to a raw, open wounded work. Even LCD Soundystem get a nod on the rapid fire Adam Is ON THE CROSS!!, which manages to sound like a DIY, stripped down cousin to the New York bands classic All My Friends.

This is an album swimming in ideas and nuance. It is constantly shifting in direction and pulling the rug from under your feet. It’s a schizophrenic work that manages to sound united. Human emotions are laid bare via the lysergic lyrics with snippets of words leaping out to hit you straight between the eyes. It also contains, in Flipping Out So Angry, one of Matt’s best ever songs.

We’ve waited a while for this so now it is here, cherish it, bath in it and swallow the world of Relentless Hammer.

Kindarad can be found via Bandcamp.

For more information on Knife Library or any other of Matt Loveridge’s work visit his Facebook page or follow him on Twitter where he tweets as @timetemple.