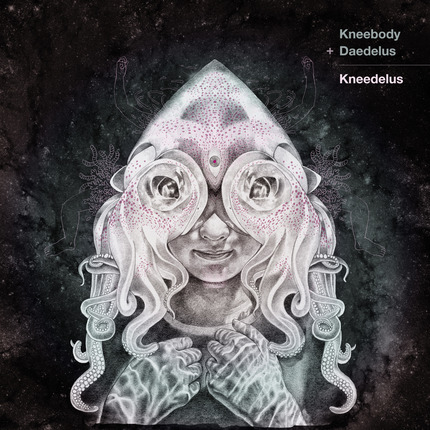 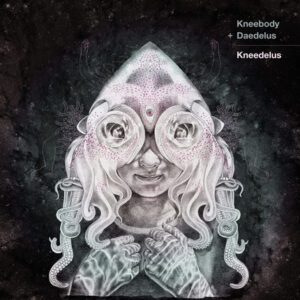 Kneedelus is the result of a collaboration between jazz quintet Kneebody and electronic producer Daedelus. The results, as Simon Tucker finds out, are often wonderful.

What a role Brainfeeder are on. They’ve released a string of wonderful albums of late and have been influential on others (To Pimp A Butterfly etc) and with Kneedlus they have another smash on their hands. Brainfeeder are the perfect label to release this album as they are twisting the way many of us view electronic and jazz music (The Epic and You’re Dead being a case in point). The two differing styles are not that far apart if you think about it. Even the manic fire of a lot of Aphex Twin music carries the DNA of jazz in its soul so it is easy to see what such a surge of interest in the melding of the two ideals is so prevalent right now.

The main players in this wonderful record (jazz quintet Kneebody and electronica producer Daedelus) are no strangers to each other, with saxophonist Ben Wendel and Daedelus going back as far as high school and that relationship and understanding of each other seeps through the album. There is a mutual respect for each others craft on display here with each one taking the front of the stage at the right time before allowing the other to shine. What is also on point is the blend of human and machine. This is not a new concept of course but sometimes artists can let one take a stranglehold on the other making for a messy mix, whereas when it is done right as it is here, it is hard to tell where heartbeat meets voltage.

Sonically, Kneedelus is warm and dense, rich in layers and flourish. Songs like opener Loops (full of steam train propulsion and wild solos) and Platforming (a perfect aural representation of the disorientating effect the human mind can feel when stranded alone at a busy city train station) are the chaotic heart of the album and very urban in feel whereas others such as the warm and laid-back Home and Move represent a calmer, more rural location.

There are other geographical points on the album which we are sent visiting as Drum Battle takes us to the tropics, feet in white sand as sax-tides come in and wash the shore and The Hole (the best song here) removes any sign of safety and comfort we may feel as it plunges us deep into industrial complexes full of poisonous air and metal machine rhythms.

Kneedelus certainly feels like an album of two halves as the first seems more up front and swarming whilst the second half is more subdued and concise finishing on the stunningly melancholic piano of Not Love.

In a time when music genres don’t really exist anymore you will see more and more of collaborations like this one but it is going to take a special record to beat this albums panache, wit, and intelligence. You may want to rethink that albums-of-year list.