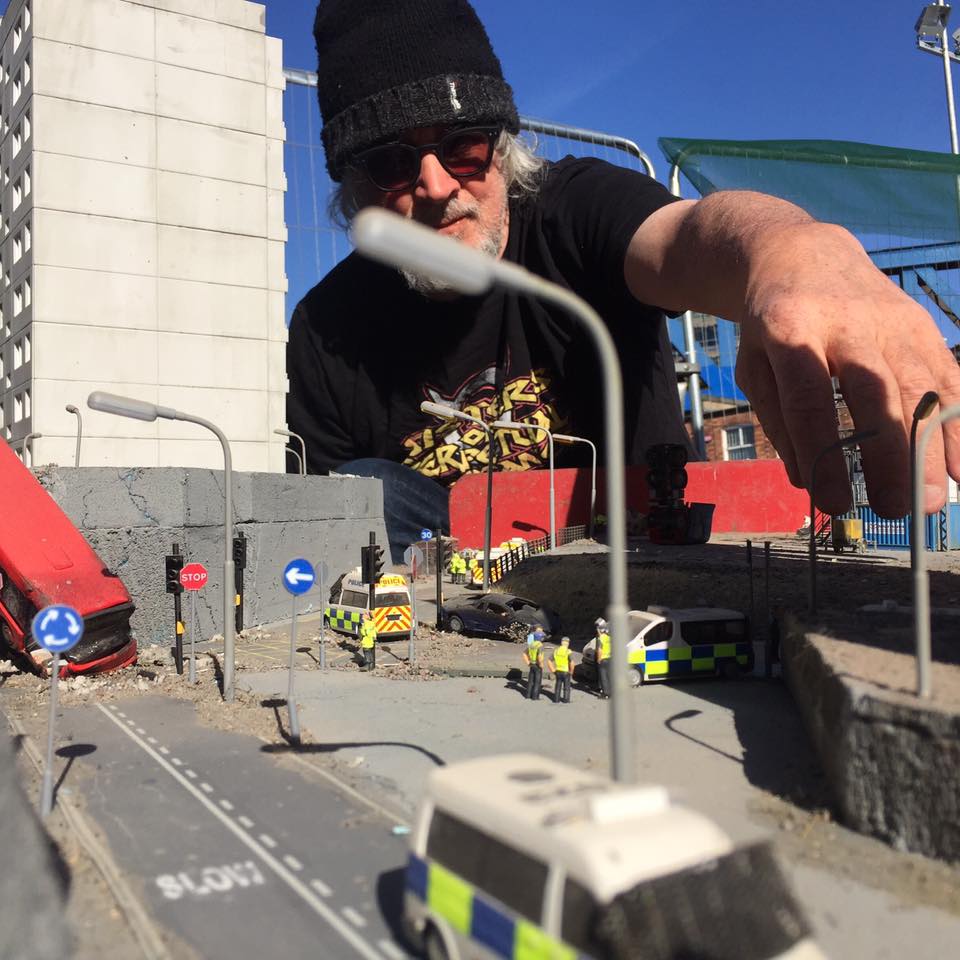 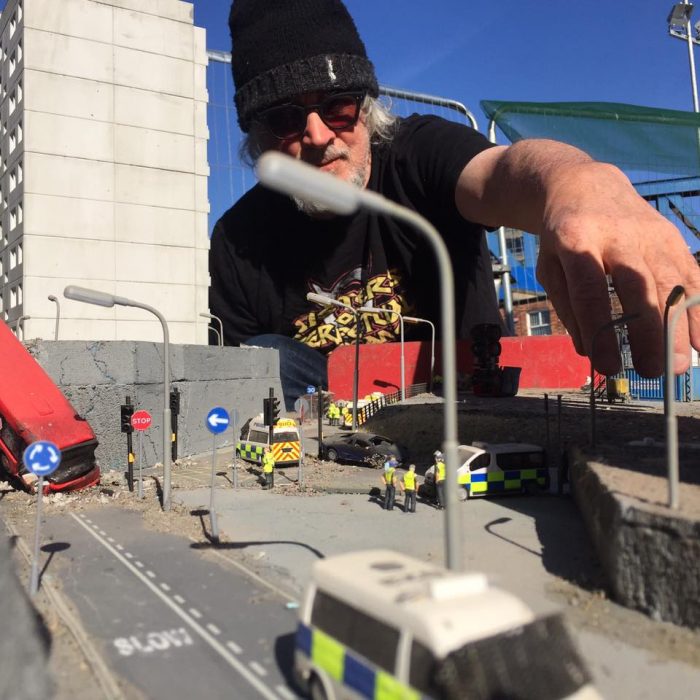 The Aftermath Dislocation Principle (ADP) was a smash hit at Banksy’s ‘Dismaland’ and now KLF legend Jimmy Cauty’s latest project is coming to Leeds for a week from Thursday 14 July.

Cauty famously burnt a million pounds with his art hooligan partner Bill Drummond and he brings a 45-foot shipping container modelled at a scale of 1:87 – populated by some 3,000 plastic riot cop figurines – to the Chemic Tavern just outside Leeds city centre.

His charred landscape of broken windows, flashing strobes, and collapsing buildings was the perfect fit for Banksy’s dystopian take on the great British fun fair and ADP is dropping into sites of historic riots across the country.

This site was chosen because of the 1995 Hyde Park Riots that kicked off when the police took over a local pub for surveillance in the face of community opposition. The aftermath saw the creation of Unity Day – a popular community festival started by the Hyde Park Residents Association – that brings together this vibrant community.

The Chemic Tavern has a reputation for putting on leftfield entertaining and will be hosting a week of events with photographic exhibitions, gigs, tea parties, riot choirs, dub book sales and even a flash mob. Arts projects such as knit a riot face, a spot of protest banner making and riot tours area will be a platform for artists and local to celebrate the strong sense of community that the area now has after unrest in the past.

The full line-up is:

Saturday 16th
Daytime: DJ beas from Dread Cabbage (Kopycat) and  street food in the car park
The FLK and DJ’s from  Riot Disco Aftermath. Pay as you feel/donations.