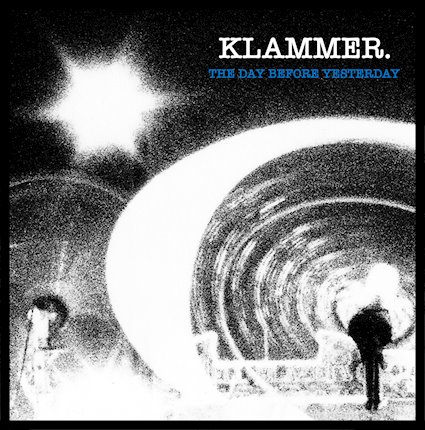 Klammer : The Day Before Yesterday 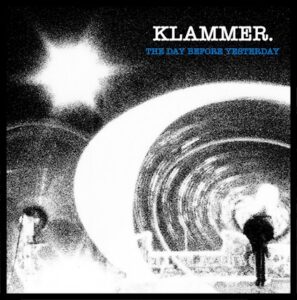 Post-punk, dark-pop outfit, Klammer are in fine form with the release of their fourth album. Neil Crud reviews.

Leeds has seen the resurgence of an active music scene of late, with bands, venues, collectives springing up in Bristolian fashion (or, a bit like what’s happening in Bristol).

Having not been there much myself since my late teenage punk rock days this is merely a remote observation. However, bands like Dense, Groak, Nosebleed, Random Hand, Black Pudding, Cool Jerks, X Ray Cat Trio and of course Klammer do offer a sense of ‘things happening’ over there across the Pennines.

Despite calling themselves post-punk dark-pop, there is something homely and warming about Klammer. As the music on the closing song, Alone fades away, this is a band that won’t. Listening to this, their fourth album, The Day Before Yesterday possesses a warmth and familiar feeling; like seeing an old friend. Maybe it’s the distinctive smooth vocal from Poss Strickland, or that gilt-goth-edge backline sound that takes you back to your bedroom, taking records out their black sleeves and playing them while you backcomb and crimp your hair.

Nostalgia aside, The Day Before Yesterday sounds bang up to date and Klammer have an added swagger to their songwriting. Take the atmospheric A New Direction or the sublime Heartworm, vocalist Poss is the gnarly looking actor in a starring role, his vocal chords are an instrument as well as a voice. He was described as a cross between Bryan Ferry and Jaz Coleman in a recent live review on Louder Than War, I am not one to argue with that comparison.

A Cure-like, March Violets-Banshee-esque guitar is prevalent throughout, as is a slick production and Klammer certainly ‘Pass the test, become the best,’ as so boldly stated on the opening track. This is no fluke; guitarist Steve Whitfield is also guilty of sitting in the production chair for The Cure, Jane Weaver, The Mission and Terrorvision among others.

Standout songs like the singles, Progress (Or The Lack Of) and the truly wonderful Broken Dreams In A Crashing Car soon pale into magnificence alongside the strength of the rest of this fine album.

There is certainly no lack of progress with The Day Before Yesterday, following on from Auslane (2013), Klammer (2016) and You Have Been Processed (2018), this new release is another notch on their well-worn bedpost. It’s uplifting, intriguing, post-punking and heartworming [sic – as they used to say in the NME].

Out now on Heavy Metal Records (a subsidiary of Revolver Records) on CD and streaming.