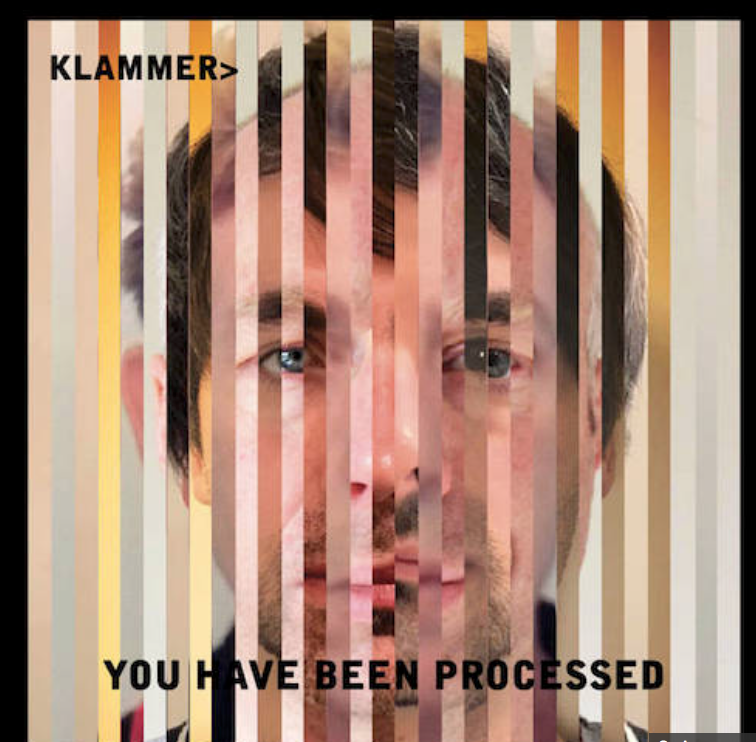 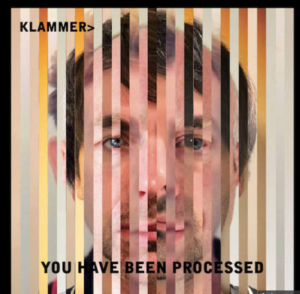 Klammer – You Have Been Processed (Under Dogz Records)

Well, where do I start with this one?! Klammer are a Leeds-based quartet: (Paul ‘Poss’ Strickland – vocals/guitar, Steve Whitfield – guitar/backing vocals, Bruno Almeida – drums, Mike Addy – bass) who have been, up until now, steadily and quietly rising through the ranks of the recent explosion in the post-punk genre, since their formation in 2012. ‘You Have Been Processed’ is in fact their 3rd album (previous offerings are ‘Auslane’ and self-titled ‘Klammer’). But this one completely blows the ‘difficult third album’ myth right out of the water and then some – and looks set to propel Klammer into better-known territory in the UK alternative music scene.

The term ‘post-punk’ is one which seems to be IMHO; at times somewhat lazily, applied to many spiky guitar-riffed, dark melodic bands at the moment in the same the term ‘indie’ was in the britpop/shoegaze 1990s. However in Klammer’s case, whilst the influences and comparisons are there with the likes of Gang of Four, UK Decay and The Damned, there are so many ripe, unique and spicy ingredients which have been added to this flavoursome menu which makes this album a real joy to listen to, not to mention feeling the belly swell with a growing excitement as each written recipe seeps into your head and stubbornly refuses to move – until the next dish is tasted.

It took only one or two initial listens to feel this album sink into my skin, drawing goosebumps at times – such as in the final notes (“never to be seen again, never to be seen…”) of first track ‘Coast to Coast’ – which starts off with a deliciously-crunching bassline leading into the tidal wave chorus (no pun intended), coupled with Steve’s nifty little guitar hooks.

Second song is the first single from this album, the absurdly catchy, whilst also channelling an edgy broodiness in ‘Modern God’. In contrast ‘No Memory’ starts off with an almost-ethereal soft harmony, but builds up to a more frenetic pace; the melodies on this track interweaving between Poss’s sharp, clear vocals amidst guitars which wouldn’t sound out of place on an early Cure album and against a backdrop of pounding drums with the title chorus being chanted, with conviction again and again.

Second single, the anthemic ‘Spiral Girl’ to me reminiscent of The Chameleons and Danse Society in the guitars and tone of the track; melodic, melancholic and goth-tinged but with a deep, heavy chugging bass providing the underlay for a deceptively-simple but in fact multi-layered gem of a song.

If track 5’s ‘Mechanical Boy’ then recalls an eerie Joy Division-esque mood, melancholic vocals pouring blood over jagged, spiky guitar riffs, next song ‘Baddest Block’, kicking off with Gang of Four-style guitar hooks and twists leads into vocals of pure grit, dirt and punk ‘n roll, which really showcases both Poss’s range and the variation in what Klammer can do (no one-trick ponies!). I was transported back to ’77 and to The Clash and The Pistols and with the track ending abruptly and frantically as any Damned song circa ‘Machine Gun Etiquette’ or ‘Damned Damned Damned’. Just brilliant.

By contrast then ‘Tonight’ is an upbeat (if there is such a thing!) gothic melody, coupled with a New Model Army-style grinding bassline; the guitars again are sharp and spiky, launching into a seriously infectious chorus, whilst ‘Common Sense’ whilst not instantly memorable to me has all sorts of layers and loops in the collective of guitars, drums and bass working in great harmony, tighter-than-tight, building pace all the way.

‘Twas but a Magpie’ reminded me instantly of a brilliant little-known LA-based deathrock/dark punk band called Pins and Needles (check them out!); its dark, gothic but furious and fuelled with punk energy and once again an amazingly catchy earworm of a track. ‘Human Clay’ is less so, but again demonstrates Klammer’s range in its wistful, slow, haunting lilts, whilst ‘Production’ kicks back to Killing Joke-type riffs wrapped around clear, focused vocals with soaring harmony in Steve’s backing vox adding another layer.

The finale then is the splendid ‘A Long Cold Summer’ (which I would recommend for the next single!) which is very sing-a-long able and like an early Sister of Mercy track (but with more conviction!), I can just imagine it being played in alternative music clubs and it drawing people onto the dancefloor.
A fitting end to a consistently terrific album which leaves you with the chords and the words bouncing around your head, but yet wanting more. No fillers on this LP; each individual song is charged with genuine drive, energy and precision and has its own unique spin. This album; if there’s any justice in the world should see Klammer obtain a new following on the alt music circuit and see their seed spread.

Highly recommended listening; this is already one of my favourites of 2018.

Fresh from having just played the established Rebellion punk festival, ‘You Have Been Processed’ in LP and CD format is released on 10th August with their album launch gig at the Leeds Brudenell Social Club on 18th August.
More info and to buy the album and other material on their website here and on Bandcamp

Review by Rachel Velouria Rose for Louder Than War