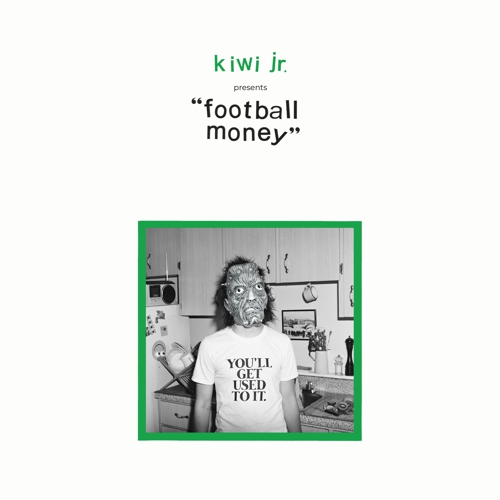 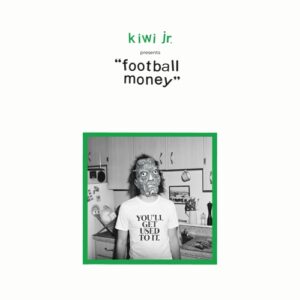 Football Money, the debut album from Canadian indie-rockers Kiwi Jr kicks off the year in a suitably top of the league power-pop fashion. Their attacking game is strong allowing the sweeping aside of their opposition aside and scoring for fun while avoiding any own goals.

Their Rickenbacker heavy sound follows a well-trodden path blending 1960s guitar pop influences with an 80s/90s indie rock aesthetic. While this is not necessarily anything new or ground-breaking, take nothing away from the band, what they have achieved on Football Money is an instantly accessible set of addictive tunes.

For a band who hail from Canada, there is something quintessentially British about much of the sound on the album. The album has a compelling jangly guitar sound. This often feels as if Yorkshire indie-guitar stalwarts The Cribs have emigrated and recruited a long-lost Canadian Jarman cousin on vocals. This has the effect of taking this archetypal “British” sound and giving it a college rock edge.

There is an innocent eccentricity to tracks like the wonderfully jaunty and carefree smile-inducing Leslie. Tracks like Swimming Pool demonstrate the UK reference both lyrically and musically. Rolling Stone Brian Jones featuring in the song, while the music reflects a sound that builds to channel elements of The Smiths and early James.

Elsewhere, their sound takes on other edges borrowing from different decades and styles. Album closer Wicked Witches mixing things up and introducing a hint of glamming up in a 1970s Bowie fashion.