Home Music Reviews Album Reviews This Is The Kit: Bashed Out – album review 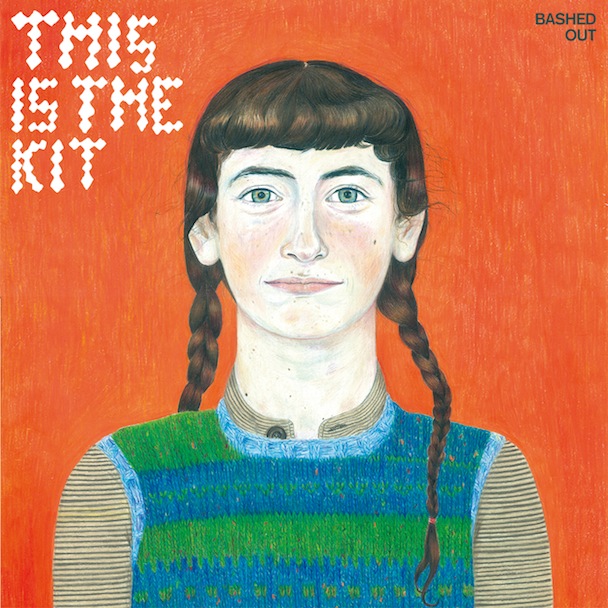 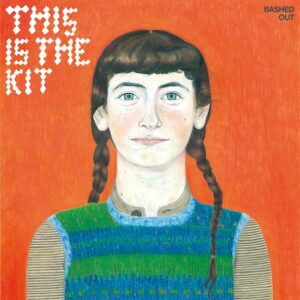 This Is The Kit – Bashed Out (Sunday Best Recordings)

Clive K Hammond looks at This Is The Kit’s third album,’Bashed Out’. Where others struggle with ‘Part 3’ of their musical careers, TITK rekindle our thirsts for summer once again.

Based in Bristol – via Paris and Winchester – alternative folk outfit This Is The Kit (TITK) in a nutshell are Daughter on a 5am Sunday morning comedown. Suppressed emotions set at hypnotic pace, complete with uncanny shoe-gazed vocals; the brainchild of front-woman Kate Stables – and whoever will play with her – TITK’s third album ‘Bashed Out’ intensifies the sun-kissed aura the six piece have become renowned for.

‘Misunderstanding’ begins ‘Bashed Out’s affair with skittish hesitation; fusing moments of deadended melancholia through hushed guitars whilst adhering to the TITK blueprint of dejection, ultimately ending with controlled blasts of resounding feedback. ‘Silver John’ could easily be written for The National; its seismic patterns of warped organ and moody melodies producing a sound homogeneous with the detached tendencies of London trio Happyness.

Throughout the crux of each TITK recording resonates a steadfast lust to create a world of halcyon ambiences. ‘Vitamins’ – fashioned with ‘In Rainbows’-era Radiohead guitar complexities, the biting strings subtly highlight the shifting rhythmn – generates a soporific state of mind; becoming lost within the elegance of Stables’ conversational lyrics. “All we need is some green, green leaves, all we need is the sea, sort you right out,” uttered magnetically by Stables, but reading slightly like a tired Mancunian dietician. ‘Magic Spell’ remained sanguine against the frosty wavering at the nub of ‘Bashed Out’; Stable’s vocal delivery now sounding similar to a mid-00s indie princess, the shimmering guitars fused tautly with the warped electronics and Phoneix Foundation throbs of the rhythm section.

And it’s this marriage of subtle folktronica that sets TITK out against their contemporaries Wolf Alice and Smoke Fairies. It’s so much simpler. Where others deeply engrain uncompromising metaphors within their musings, TITK facetiously discuss their beliefs. For example ‘Nits’ – adding a Western film score smattering similar to Coves through its guitar progressions – challenged playground stereotypes with the lines “lucky little fatties, happy little fatties, and you can struggle with the smugness of all those little bleeders, giving them an almighty pat upon the shoulders” tinged subtle drollness against the backdrop of a chilling Emily Jane White fabricated score. ‘All in Cahoots’ – brooding acoustic again, coloured with shades of reluctance within the feedback led electronics – continued the idiomatic phrasings on a typical ‘two-wrongs-don’t-make-a-right-but-go-for-it-anyway’ war-cry.

Stables the vocalist embodies a temper that entangles Hannah Reid’s nerveless energy and Romy Madley Croft’s neurotic melodies. ‘Cold and Got Colder’ built around a repressed optimism. ‘Spores All Settling’ almost biblical; the tattoo worthy lyric “all those creatures, big bodies, small brains all scuttle through in a constant state of strange, running from the rain” a highlight within a collection of redolent observations.

‘We Are In’ opposed this; her voice now weaved with threads of Tracey Chapman within its raw delivery. Set against the disconcerting ambience created by the remaining TITK members – only soundbites of winking guitar apparent – Stables is encouraged to tower above, allowing her tone to become devotional. It deals with freeze-frame moments where reality dawns and the past catches us in the peripheral mind and is ‘Bashed Out’s most complete track. From the expansive range of her voice to the gushing distortion that soaks within its climax there is not a crisper moment experienced.

As we fast approach another summer filled with reserved reunions with old friends, family and habits, ‘Bashed Out’ could become the score to persuade you to reconnect with these forgotten folk and past-times.