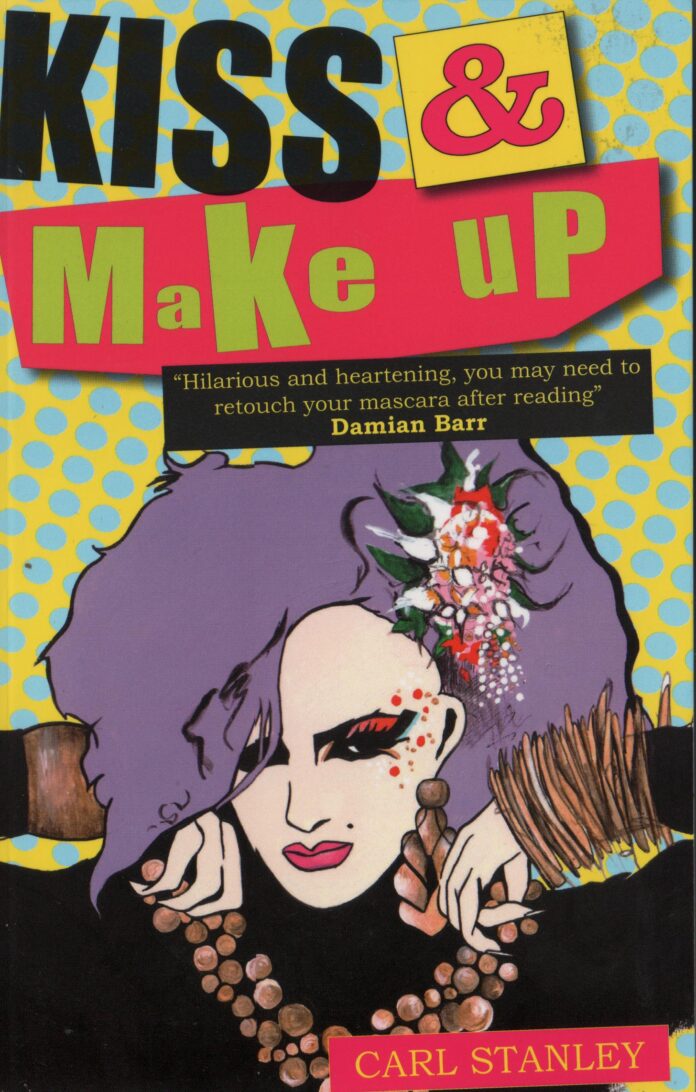 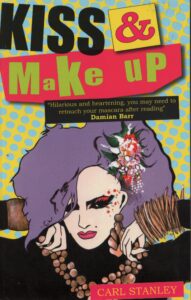 Mac the Hack reviews coming of age memoir of make-up artist to the stars, Carl Stanley

Nowhere on the cover of this book does it say ‘autobiography’, ‘novel’, factual’ or ‘fiction’ and even though you know it’s not a work of fiction but a memoir of Carl Stanley’s teenage years, it’s not always easy to remember that the colourful characters and rampant drink and drug fueled behaviour are just the everyday life of a boy/girl growing up in 1980’s Birmingham on the New Romantic/Goth scene.

But then Carl Stanley’s story is not your average teenage rite of passage.  Not everyone can claim to have been a cross-dressing gender bender with a serious drink and drug habit and a mean line in make-up when barely into their teens.  Not everyone had the shoplifting and truancy record Carl clearly racked up while becoming the ‘boy least likely to succeed’ as he was doubtlessly dubbed, by the kind of people he was kicking against.

But then not everyone went on to become make up artist to the stars – Jerry Hall, Helen Mirren and Paula Abdul among them.  But not everyone’s Carl Stanley.

So it’s just another story of teenage rebellion right?

Wrong.  Without giving too much away, it’s not just about Carl’s discovery of sex, drugs and rock’n’roll to a soundtrack of Siouxise and the Banshees, Marc Almond, Toyah and the Human League that makes ‘Kiss & Make Up’ an exceptional book.  It’s the extraordinary story of how a mother and son who seemed to be in a competition to see who can be the most dysfunctional try to come to terms with themselves and each other.

If I was being picky, I’d say I wanted to hear more about the gigs –  c’mon Carl, what songs did Siouxise actually play at Birmingham Odeon? – but that’s just the anorak in me.  It’s Carl’s story and his memories – however hazy at times – mean the gigs aren’t the point.  Although Siouxise’s put down of Carl’s heckle that night, does turn out to matter.

Nor are the clubs, the clothes or the sex the point of this book.  The point is what it all meant to Carl and how it drove him a point where he and his mum were apparently beyond reconcilliation.

Along the way there are the kind of details that will be familiar to anyone with the dimmest memory of growing up and fighting to be different in an English school like the changing size of the school bullies tie knots.  Yes, it really did matter!

I can’t be so sure about the clubland stories, but the bloke who made his outfits out of a different pair of curtains every week is a perfect illustration of how much it was about making it up as you go along.

In places Carl steps into his mother’s head, talking us through her thoughts and feelings, often at times when Carl has gone AWOL.  At first this seems a slightly clumsy device, but, as later becomes clear, it’s both essential to the story and a legitimate examination of why Carl’s story is the way it is.

By the ‘90’s Carl is a successful make up artist working on shoots for the likes of Dazed & Confused and Vogue and even doing Margaret Thatcher’s make up – he has the photo to prove it too.  Personally I never was – or will be – ‘one of us’ as Thatcher called her supporters.  It’s hard to think Carl is either, but it’s not everyone who get’s to work with a historic figure*.  But not everyone’s Carl Stanley.

*Quite how history will judge Thatcher, I’ll leave for another day.  But lets just say that being a ‘historic figure’ shouldn’t be seen as a compliment, just a matter of fact.