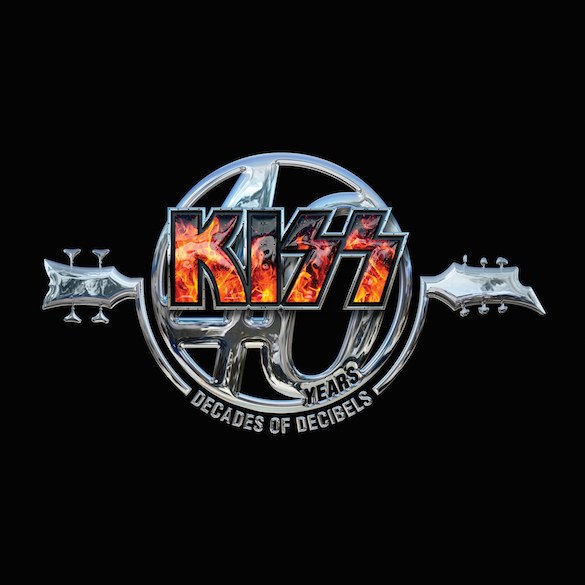 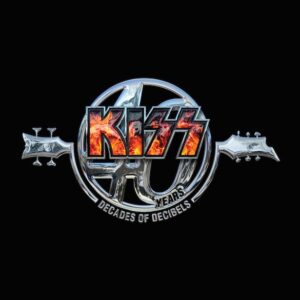 This year marks the 40th Anniversary of rock and roll giants Kiss and in true Kiss fashion, the band plan to make 2014 the biggest and loudest, non-stop rock and roll party of the century with a whole host of re-releases which include a 2xCD compilation with one track from every major album release, live selections and an unreleased demo from 1977. For Louder Than War, Dom Walsh reviews for us element of the reissue party for us.

Kiss is a rock band that needs no introduction. Since their inception in the early 1970’s Kiss’s brand of rock and roll ranged from the hard rock swagger akin to Alice Cooper to the bombast of the height of 1980’s hair metal. Their imitable logo is also one of the best in the history of music! In their 40th year, they have embarked on a comprehensive reissue series which sees all of the bands albums from their past being given the full reissue treatment. To accompany the reissues, the band has released a compilation chronicling their history.

Throughout the collection, each one of the bands 20 studio albums, and numerous live albums are represented. Many of these albums can be considered classics of rock history. Their self titled debut is represented by the honky tonk Nothin’ To Lose whereas Hotter Than Hell is represented by Let Me Go, Rock N Roll.

The first live album that makes an appearance is 1975’s Alive, which is a true great amongst live albums. When I think of live albums my mind flits to The Who’s Live At Leeds, UFO’s Strangers In The Night, Iron Maiden’s Live After Death and Thin Lizzy’s Live & Dangerous. Alive is worthy of being amongst this list. Not only is Alive a great album, it takes is place here in the form of one of Kiss’s all time great hits; Rock And Roll All Nite. Another one of Kiss’s monster hits, Crazy Crazy Nights is also a live cut from 2010’s Sonic Boom Over Europe. Both songs are instantly recognisable and the staple of many a jukebox around the world.

As well as the rock and roll swagger, there are plenty of ballads littered throughout, namely Hold Me, Touch Me from Paul Stanley’s part of a solo project amongst the band. There is also an MTV unplugged selection from 1995 in the form of Do You Love Me.

Kiss were a unique act when they emerged and they went on to achieve massive worldwide success through various acrimonies, changes in style and various reunions in later years. This compilation is a good starting point for anyone that wants to get into the band. Sequenced chronologically, it helps see the evolution of the band so you can essentially pick the style of Kiss you want! Obviously their earlier years see the most fruitful period of the band however some of the later cuts show that the band were certainly not a gimmick in their various painted incarnations. Today they can still draw an audience and rock hard with the best of them.