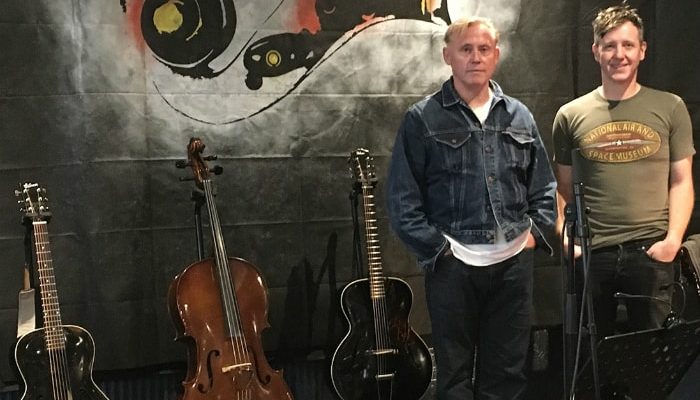 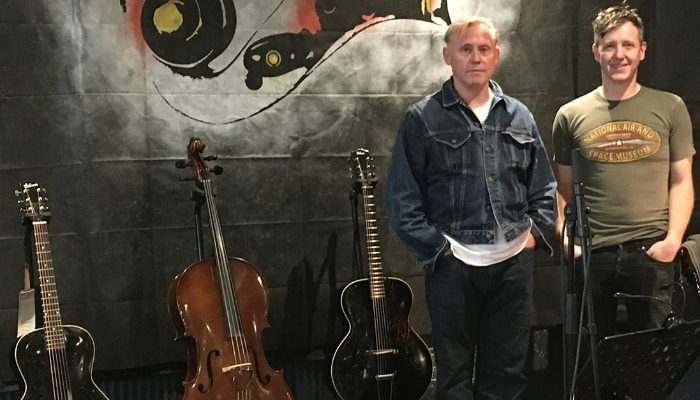 The back room of Manchester’s most intimate venue is packed full of true believers.

The air hums with expectation and crackles with anticipation.

Kirk Brandon attracts total devotees. People who have been with him for decades and know every nuance and every quaver in his unique musical vision, and the devotion fills the ancient back room with its 17th century beams with an exotic steam.

The trick for any artist is how to balance classic songs with new flavours and tonight’s stripping down of the songs to guitar, cello and that voice is powerfully effective. Kirk Brandon comes armed with a voice like no other. Almost operatic and then seived through the intensity of the punk rock of his youth, this is a voice that has lived and been lived in and yet still retains a stunning purity.

Nothing else sounds like Kirk Brandon in full larynx and it’s hypnotic listening to this powerful and emotional tool in action in an environment as intimate as this. It hollers, it cajoles, sometimes it growls and then it takes off into the stratosphere. Brandon himself sometimes looks shocked at what comes out – between the songs he smiles the smile of a man who just can’t quite believe what just came out as a delivers a set of standards and new songs that have peppered his decades on the road with Theatre Of Hate and Spear Of Destiny.

Adding Sam Sansbury’s cello to the sparse arrangements works perfectly – the stringed instrument with its deep melancholic tones and impatient chugs was always the most atmospheric of the orchestra arsenal and its dark tones perfectly compliment that voice with the songs reworked to accommodate this different drone dynamic.

There is plenty of space to create new atmospheres around songs written for a rock band, albeit one with a very different command of sound. Theatre Of Hate and then Spear Of Destiny were never conventional – they may have taken their cues from punk but with that sax and Brandon’s unique singing as well as Stan’s delicious bass runs they were already an exotic proposition when they broke through.

It was at a time when bands like this were allowed into the mainstream – a brief flicker of time when the big world embraced the mavericks. Decades later Kirk Brandon is a cult figure, a wondering, wandering troubadour with that fierce following that has been on the rise in the past few years as word has started to leak out about just how good this whole operation is.

Meanwhile back in the room a stunning version of Original Sin with just voice and cello is riveting – the physical power that’s needed just to deliver that vocal is breath taking in more ways than one and the sheer avalanche and waves of emotion make everyone feel the prickle of primal connection. It’s certainly a moment – a rare moment in any form of music of total connection that underlines just how special this is.

Support comes from former member of the Alarm, Dave Sharp, and his set is rich in melody and lyrical ambition. With shades of the rasping Dylan entwined in his sound this is a very adept and personable delivery of finely crafted songs that combine complex poetic and deeply personal poetry with classic chord changes that are a reminder of just how powerful the singer songwriter model can be when in the hands of someone steeped in the form.