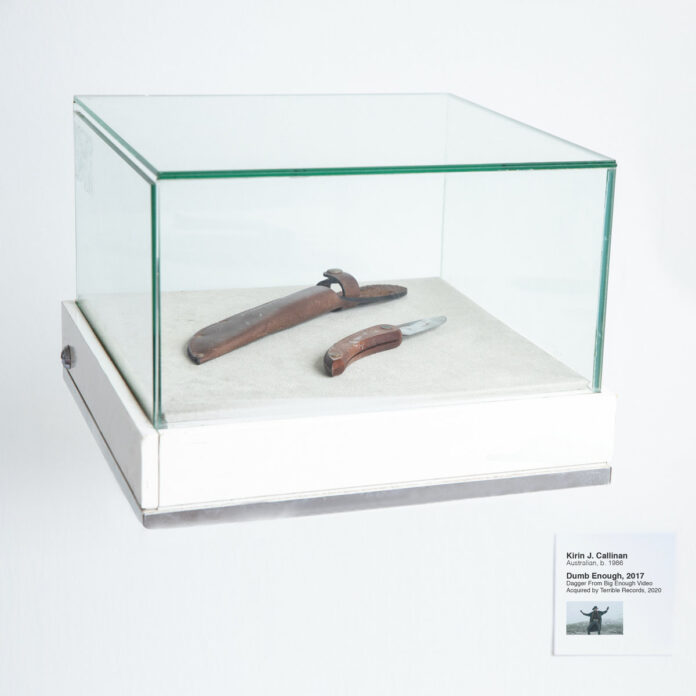 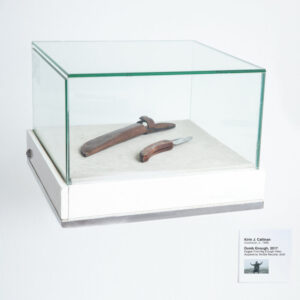 Kirin J Callinan, enfant terrible of the Australian music scene and father of the screaming cowboy meme is back with his new single Dumb Enough.

Following on from Return To Center, his magnificently idiosyncratic covers album, Dumb Enough is another shot of eccentric joy. There’s a low-key country edge to the song, but mostly it sounds like someone’s smartarsed teenage brother tried to write a piss-take of late Eighties MOR rock ballads and accidentally made it good. That’s a compliment by the way.

If Callinan has a trademark it’s sitting right on the line of parody while still keeping one foot in what feels like sincerity. It would be easy to view him purely as a kind of musical shitposter fishing for the next viral spike but he knows when to pull back and let the good sounds win you over too. The backing vocals in Dumb Enough are a perfect example of this – teetering so close to being silly, but ultimately being deliciously melodically moreish.

Lyrically it performs the same sleight of hand, lulling you in with bad grammar and references to the president before serving up the vision of him smiling in a guillotine as “death falls like rain.” Just as this briefly untethers you from the faux-dumbness, you are swept back along on the oh-so-familiar-but-can’t-quite-put-your-finger-on-why melody and forget there’s actually something quite smart going on here after all.

Once described by Neil Finn as “a person with a penchant for mischief and exhibitionism” Callinan has had a string of controversies, flamboyant imagery, headline-grabbing quotes and performance art stunts attached to his name. This track definitely feels like, if not an apology, then an acknowledgement of some of his less advisable behaviour. Like the man himself it’s sort of awful, sort of brilliant – and that’s its charm.

Old enough to know better, dumb enough to do much worse.