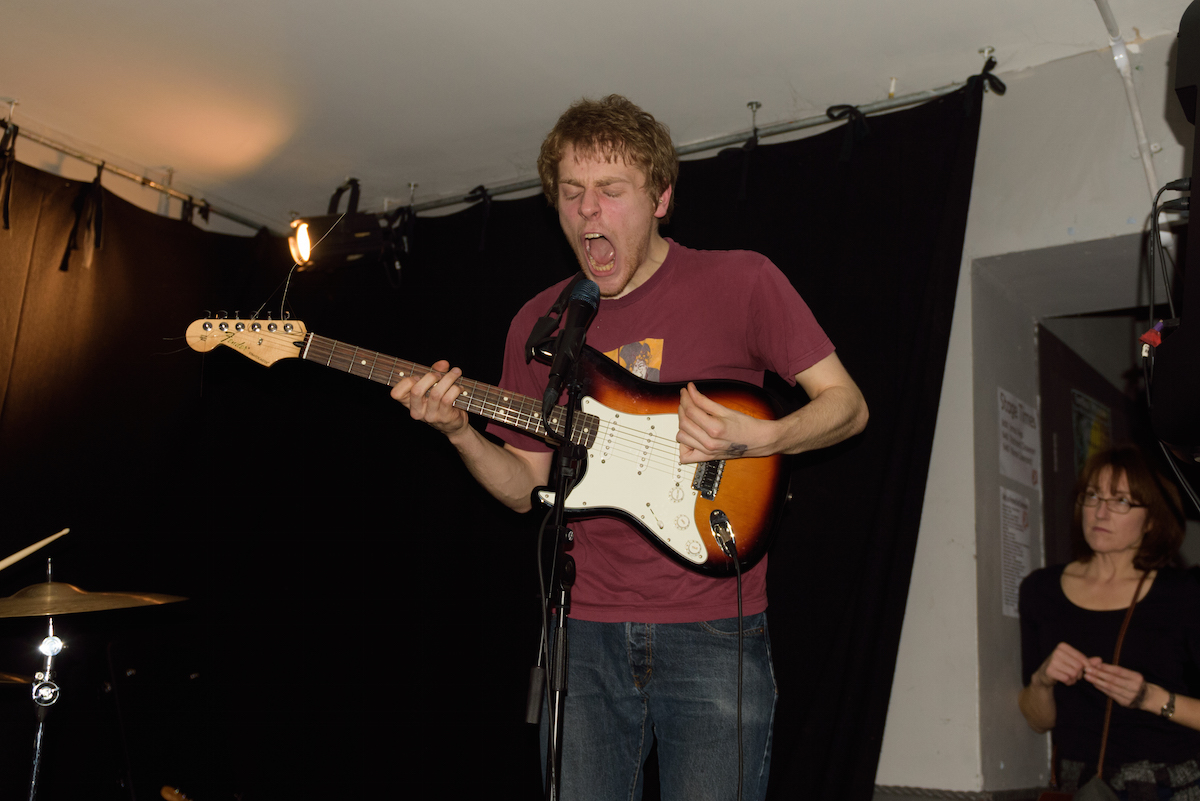 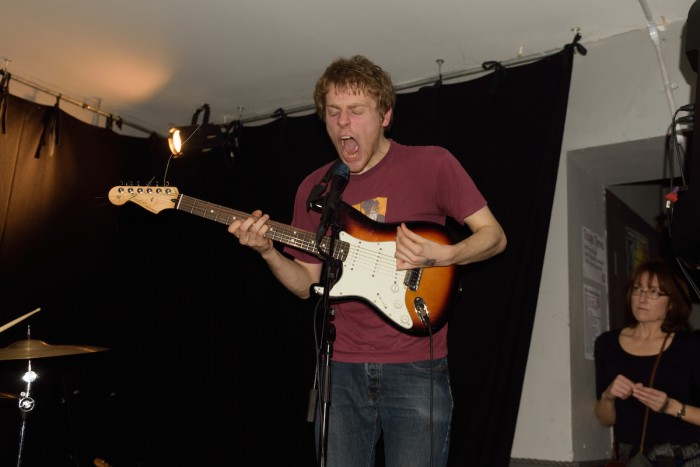 Having released his finest work to date just two days before Kiran Leonard thrills a packed crowd, ably supported by two of the finest acts around.

To quote Kiran Leonard himself “It’s like when James Brown supported the Red Hot Chilli Peppers!” to say this evening’s line up is of epic proportions would be something of an understatement. A show that sold out in advance and has people clambering for tickets, for what is undoubtedly going to be one of the shows of the year.

Opening up is Manchester’s Edwin Steven’s better known as Irma Vep, with Kiran and his band backing him. The start of his set is blusterous, cacophonous lengthy freak-outs that are entrancing. However, it’s when everything calms down that his set takes on a softer side, this gentile and at times idiosyncratic approach are what makes Irma Vep endearing.

His more relaxed style no less compelling than those earlier freak outs, the perfect way to open the evening. Following him though is a man who needs no introduction to his home crowd, with Kiran citing Richard Dawson’s previous album Nothing Important as his favourite album of 2014. There’s a stunned silence, as Dawson thrills this crowd, knocking everyone for six his inimitable power and prowess coupled with his wit and sense of humour make for a spellbinding set.

In spite of the one lone voice that seemed almost determined to ruin it for everyone, it didn’t faze Dawson in the slightest. As he took a request from Kiran duly obliging with The Magic Bridge, his set is utterly beguiling often ignoring the need for a microphone altogether as his infectious tones ring out leaving everyone dumbstruck and in awe.

From the delicate yet equally punishing Richard Dawson to a four-pronged attack of Kiran Leonard and his band, they immediately tear through the epic Pink Fruit. This twisting winding track morphs itself around a plethora of genres, an exquisite demonstration of Kiran’s musical talents. This is just the start, with his new album Grapefruit now out in the open, this is the focus of the evenings set.

Despite blending into the band you cannot help but be drawn in by Kiran’s animated performance, as he flings himself around the stage. Intricate guitar riffs aplenty form the backbone of each phenomenal track, again though it comes down to those quieter tracks that prove most intriguing. Having already told the story of the brilliant Half-Ruined Already, there’s an unparalleled delicacy to this short track. Shunning the magnificent bluster of other tracks for this jaw dropping and heartfelt number.

Kiran’s set culminates in the phenomenal Geraldos Farm; this cacophonous blast of energy leaves the whole crowd begging for more. Tonight lived up to all expectations and so much more from the idiosyncratic behaviour of Irma Vep, the beguiling talents of Richard Dawson to the exceptionally powerful brilliance of Kiran Leonard. It will also certainly go down as one of the shows of the year.