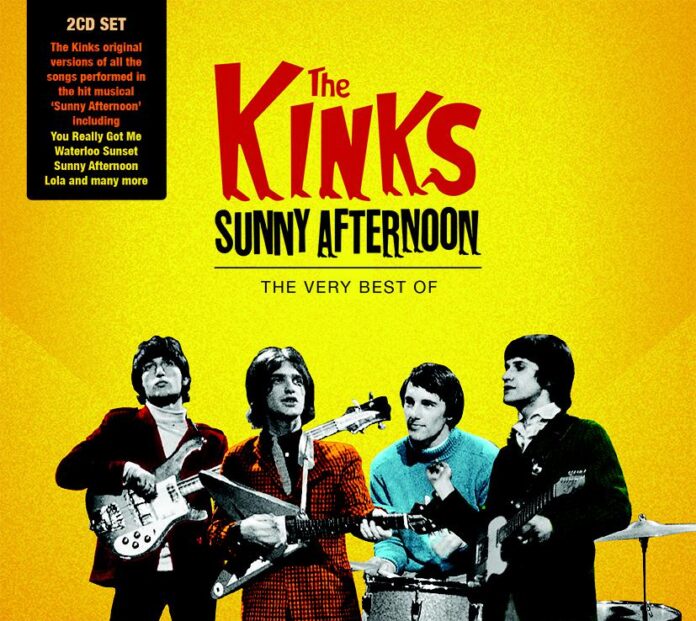 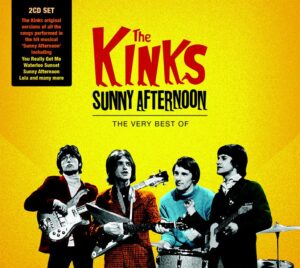 Original Kinks recordings of songs from the successful West End musical ‘Sunny Afternoon’, including the hits ‘You Really Got Me’, ‘Waterloo Sunset’, ‘Sunny Afternoon’, ‘Dedicated Follower Of Fashion’, ‘Lola’, ‘All Day And All Of The Night’ and more.

One of the most iconic and influential British bands of all-time, The Kinks release ‘Sunny Afternoon, The Very Best Of ’ – a 2-disc retrospective – on October 16th on the BMG label.

The album features original versions of all the songs from the hit West End musical with added bonus tracks not included in the production plus some of Ray Davies’s personal picks he feels fit into the context of the release, including other Kinks hits and classics, BBC interviews and BBC session tracks.

The influence of The Kinks on generations of British and US music makers is incalculable, from glam rockers such as David Bowie, Mott The Hoople and Marc Bolan, to the new wave of Ian Dury, Madness, the punk of The Clash and The Pretenders (who had two top 40 hits with Kinks covers), to the heavy metal of Metallica and Van Halen to recent acts like Blur, Oasis, Mumford & Sons and Supergrass… the list goes on.

The Kinks and Ray Davies in particular have been resurgent recently with not only the West End musical being phenomenally successful but also Ray closing the 2012 London Olympic games with a stunning rendition of ’Waterloo Sunset’, watched by nearly 1 billion people worldwide, and also releasing his autobiography ‘Americana: The Kinks, The Road and The Perfect Riff’.

Sunny Afternoon – The Very Best of… Is Released on October 16th 2015 through BMG and can be found online and in shops.