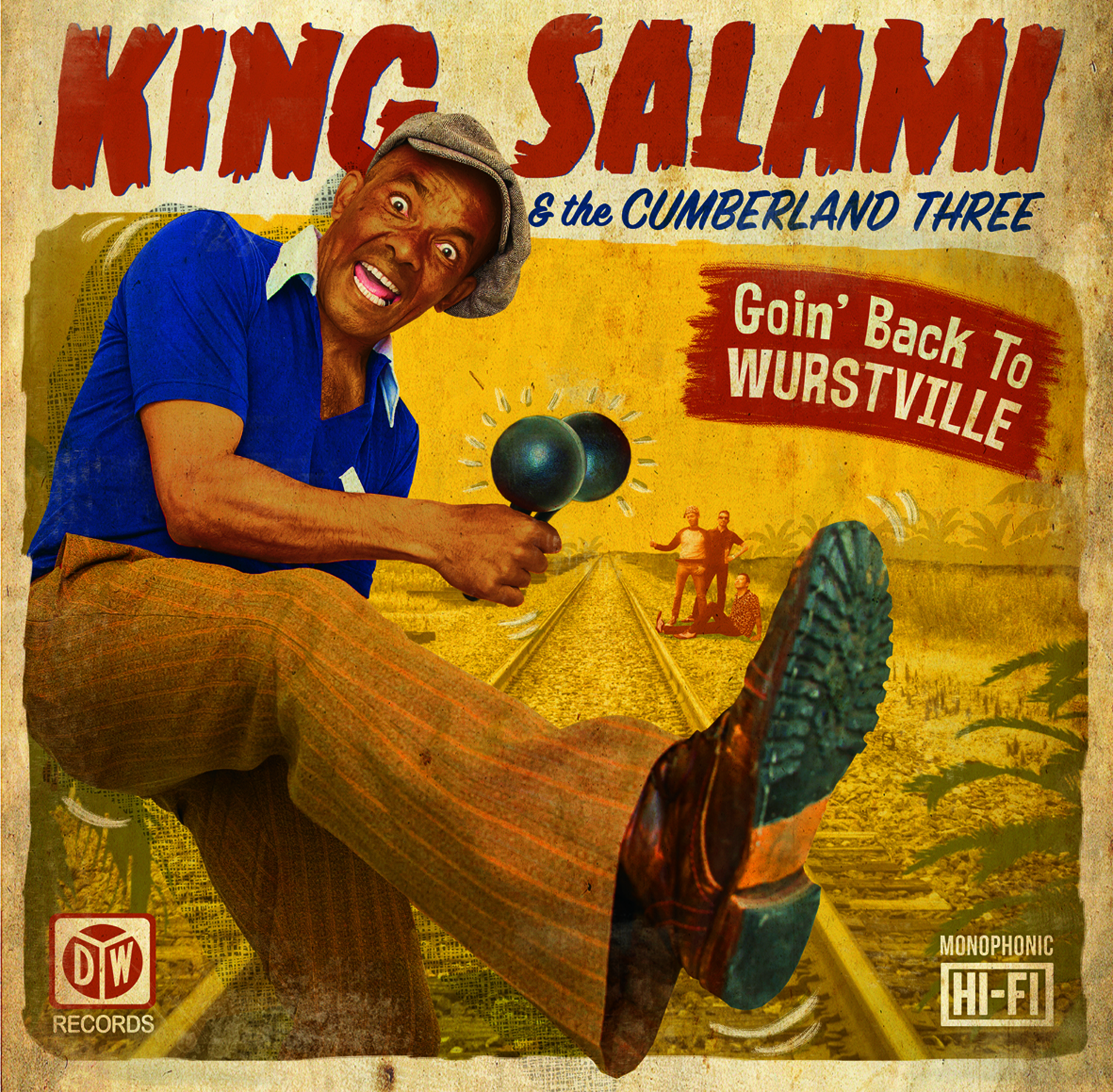 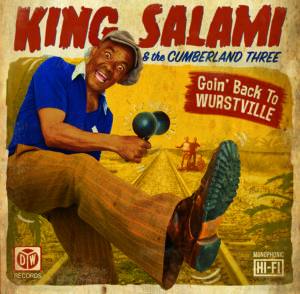 King Salami have built themselves a great fan base internationally in the underground garage rock n roll world over the last few years, serving up slice after slice of boogie-ful rhythms and jives, and Goin’ Back To Wurstville just keeps the Salami party going strong.

From the off, with opener Pineapple Mama, this is a record that spits out jittery infectious rhythms with the King’s urgent voodoo stylings taking the forefront. The band’s intention is indelibly stamped right from the off. They’re here to make your toes twitch, feet flail, and body bop through the night.

The rock n roll party that is their live shows flows effortlessly from this record as song after song keeps things movin’ and a-shakin’. (Almost) instrumental, King Ghidorah shimmers in early on with its Arabian Nights shiver and groove and last year’s single Tiger In My Tank raises its head half way through with a more modern slant on the garage rock sound, but no sooner has it finished than they burst into perhaps album highlight, Stutterin’ Sue which rollicks along like a 21st century Elastik Band. King Salami and The Cumberland Three are a band who know how to cut and splice from rhythm to riff with such ease and flair that you can’t help but get dragged further and further into their groove.

In King Salami it’s as though The Trashmen have been transported to the present, Surfin’ Bird in tow, and hooked up with Screaming Jay Hawkins to blast out brand new golden garage nuggets in an underground go-go bar. With such an explosion of infectious rhythms on show there’s only one option: douse yerself in grease, jump on the spit, do yer wurst and get roasted with some quality rock n roll.