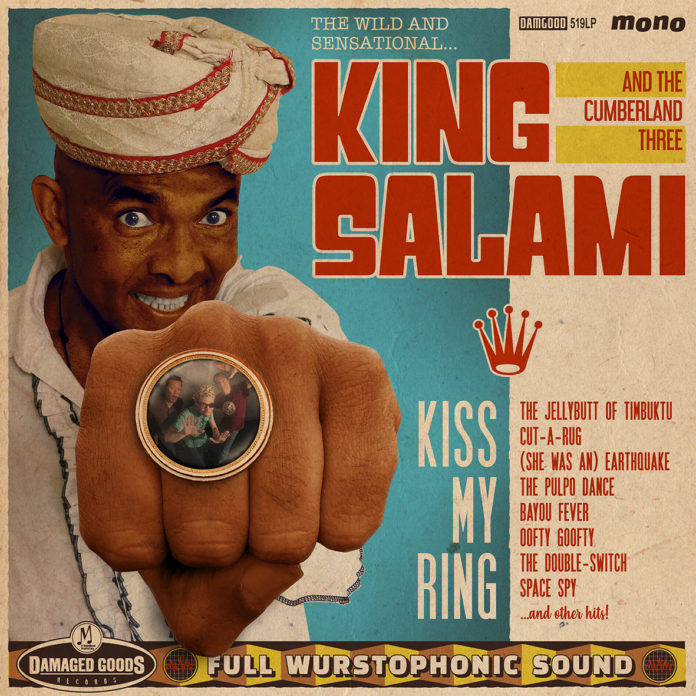 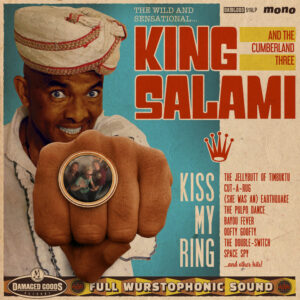 As the old adage goes, if it ain’t broken, don’t fix it. And when what works so well is the writhing voodoo-blues rock ‘n’ roll of King Salami and The Cumberland 3, all they need do is continue the plough the same path of jiving boogie gems. Kiss My Ring opens with the title track, a would-be instrumental were it not for the constant demands than we get on the floor and kiss their ring. The jutting rhythms that we’ve come to expect from them are complemented perfectly by a spitting sax provided by Spencer McEvoy of fellow London garage and meat-indebted rockers, MFC Chicken.

The album throws in some great originals, all credited to drummer Eric ‘Baconstrip’ Boitier, with some choice covers. An early highlight is Pulpo Dance, which grooves along on a Kamikaze U.T.’s constant rolling bassline and is perhaps an ode to the Galician hometown of guitarist T-Bone Sanchez. The great thing about King Salami, and on their new album it is clearer than ever before is that, as well as their own new songs, they have impeccable taste when it comes to selecting choice hidden cuts to stamp their own style on. Captain Derby and The Buccaneers’ grooving Who Do They Watch? and Cecil Moore and The Diamond Backs’ rockabilly instrumental Stormy sit perfectly alongside the wirey riffing and guttural wrenching of the King on the wonderfully titled Oofty Goofty (Wild Man of Borneo) and the infectious Bayou Fever. That they fit so well together is not only a credit to their taste, but also their interpretations and provide a small treasure trove of names to further investigate.

As with all of their albums, the music rockets along and rarely lets up. Clearly indebted to the original soul/blues rock ‘n’ rollers of the 50s and 60s, the band know that not only should they set the dancehall on fire, but in the King have a frontman whose delivery, much like bo Diddley or Andre Williams, holds the audience in the palm of his hands and pulls their strings like dancing marionettes. The grip comes across firmly throughout Kiss My Ring, from start to finish.

King Salami and The Cumberland 3 one of the UKs best rock ‘n’ roll bands right now. They are pure entertainers intent always on delivering hi-energy rollicking good times. You would be well advised to get some Salami in your diet.

Check out the video for Bayou Fever below: 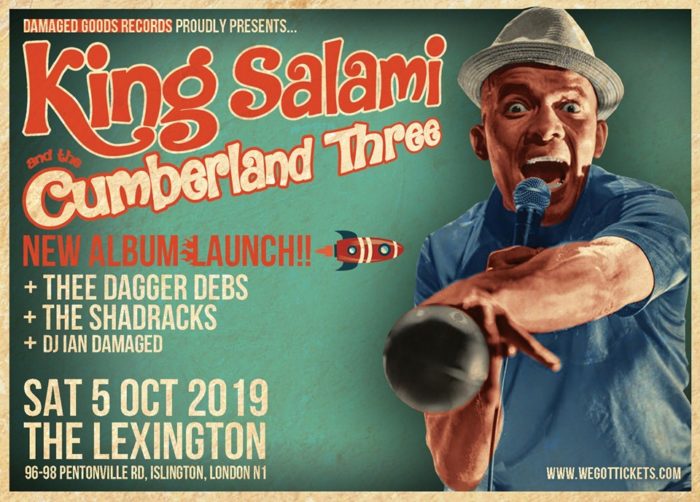 You can find King Salami & The Cumberland Three on Facebook