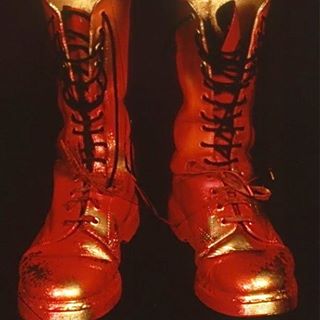 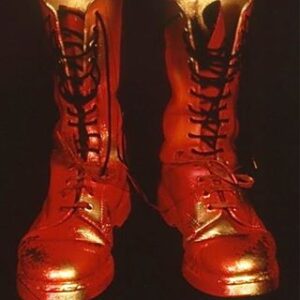 Sci-fi films and TV may have predicted many of the gadgets these days that the modern day human takes for granted, however those great inventors never did invent a mode of transport to take us back in time!

The nearest thing to time travel I’m going to partake in is to simply revisit one of my favourite bands from my early teens, KING! The last pop act that I ever had an affinity for before finding solace from the latter part of the eighties music scene in the music genres of gothic, indie and all things alternative.

One week prior to making that all important step back in time, taking on the confusing ring roads that lead you round and round in Coventry, the city in which King hailed from, I popped King’s albums on to my iPod and was astounded by not only how fresh and ageless their albums actually still are, it was also immensely satisfying to play each track in their entirety without feeling that nagging urge to use the forward button, that all too easy modern day perk of being able to skip a duff track in a heartbeat. They produced two consistent albums, delivered with much attention to detail; they didn’t just record three great songs for single release and fill the album with rejected singles, a poor attribute that many of King’s eighties contemporaries were most certainly guilty of at the time. King heavily drew on their influences of Marc Bolan and Roxy Music then added a soulful rock-funk fusion to the equation. If you were a fan of ‘Love & Pride’ and ‘The Taste Of Your Tears’ then ‘Steps In Time’ & ‘Bitter Sweet’ are two quite essential albums that are a must have for your collection.

Listening to both albums reignited and fuelled that spark to travel back in time and see King Phoenix perform for the first time in thirty years! It may well also have been that reignited spark in everyone who attended to cause the fire alarm to go off ten minutes prior to stage time, forcing everyone out of the venue and delaying the much anticipated comeback of the eighties scene this year. “The fans have waited thirty years another ten minutes won’t make any difference”, the compare quipped to much cheer and applause from a packed out crowd. He was totally right and soon after KING Phoenix hit the stage, Mike Roberts played the opening chords on the keyboard to their debut album first track ‘Fish’ and King phoenix took flight.

New singer Tony Dangerfield took to his front man job like a duck to water. Full tilt and yet so effortless! It could not have been the easiest task to pull off as Paul King’s absence left a considerable mighty big pair of boots to fill, or as in King’s case a sprayed pair of Doc Martens. Tony does not try to be or sound like Paul King, yet magically his vocal delivery suits the unique sound of King.

I personally thought his stage presence had a touch of Gary Numan about him, which is no bad comparison at all! Boots filled! The whole crowd participated all the way through on all the sing along classics like ‘Alone Without You’ and ‘(KFAD) Wait For No One’ and ‘Unity Song’. They slowed the set down midway through for a beautiful scintillating piano ballad entitled ‘Classic Strangers’ a track that first appeared as a second track on the B-side of ‘Love & Pride’. Whilst they go through the motions and emotion of the song you kind of ask yourself the question as to who’s crazy decision was it to put this on a 12” B-side when it could have quite easily been a hit in it’s own right or at the very least a decent album track. You could not help but notice and feel the glee in the bands smiling faces playing the songs that made King a household name back in 1985. King Phoenix delivered a dazzling high-octane set; it was one of those shows that as it progressed it just seem to get hotter, stickier and sweatier. They reached the climax of the set with ‘Won’t You Hold My Hand Now’ a bass driven tune that exhibits Tony Wall’s exceptional bass slapping skills. They then left the stage in a hail of cheers and applause with the predictability of an encore that could only have been ‘Love & Pride’, creating a party atmosphere, a party that I felt only too privileged to attend their first official comeback gig. They left the stage in the glory of their past with a nod to their future!

If King Phoenix are on the bill of any festival you visit this year check them out, they certainly will not disappoint!