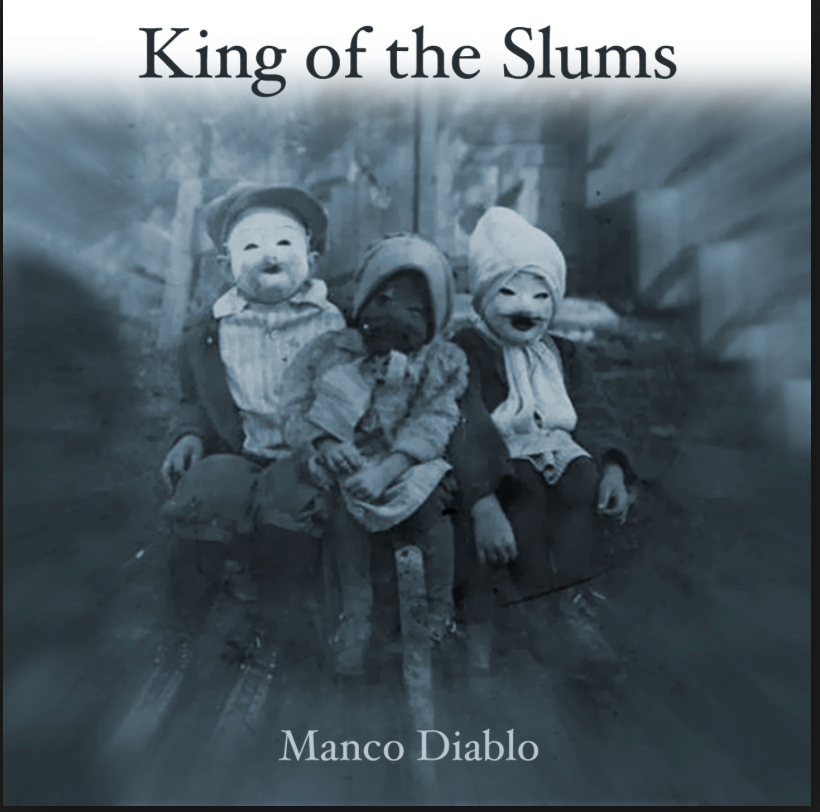 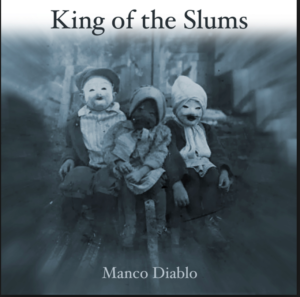 King Of The Slums: Manco Diablo

As a teenager in 1989 I first got wind of the band ‘King of the Slums’ by stumbling into Tempest Records in Birmingham City Centre and asking the man at the till, ‘Whats hot today?”.

I was recommended the latest KOTS long player (Dandelions) and I have not been the same since.

Yes other bands have entered my life over the years, but none have consumed me quite as much as KOTS. I am smitten with the unique sound, charm and swagger of a band that refuse to compromise for the masses.  Beware folks. They may be one of Manchester’s best kept secrets but I know that, as a band oozing with arrogance, they will get to you in the end !

So, following its arrival on my doormat, I place the new album, Manco Diablo, into the CD player with a mixed feeling of greedy anticipation and dread. Will it disappoint? Have I out grown them? Will their sound have changed beyond recognition?

The silences breaks and track one (Church Bells Over England) starts. The creeping melodies of the opening notes encircle you like a hug from a long lost friend. You immediately know that everything is right in the world once more. An immediate anthem with a verse that meanders into a beautiful burst of guitars.

Tracks Punting In Oxbridge and Red Canal Witness’compliment the opening track beautifully, with their sneering guitars and swagger. Bonfire Of The Controllers lands and I am immediately hurled back to the early days of KOTS and the cheeky confidence of their (damned fine) lead singer, Charley. This gem of a ‘slow fast slow fast’ song immediately got my juices flowing.

This album improves as it progresses and at track six it hits the magnificent track Crooked Flowers (Reportage). This is a truly bostin (Black Country speak for great) and mesmerising 7+ minutes of sweeping beauty. Although I do not currently dabble in non-prescription drugs, the moment I have a blip and reach for the LSD, I will most definitely be whacking this song on loop.

Tracks The Bleeding Obvious, Toxic Skip Rat and Data Thief Shot Dead reassuringly smash your senses with guitars and bring us neatly to a true treasure on the album. Lost In Translation is a stunner. It is a KOTS masterpiece. It is a sauntering wonder that shines like a proverbial light in the relative darkness of this album.

So folks….  If not for me or the band, buy this album so that Manchester can proudly unveil their best kept secret to the masses and chip away at this Ed Sheeran obsessed nightmare we are currently living in.