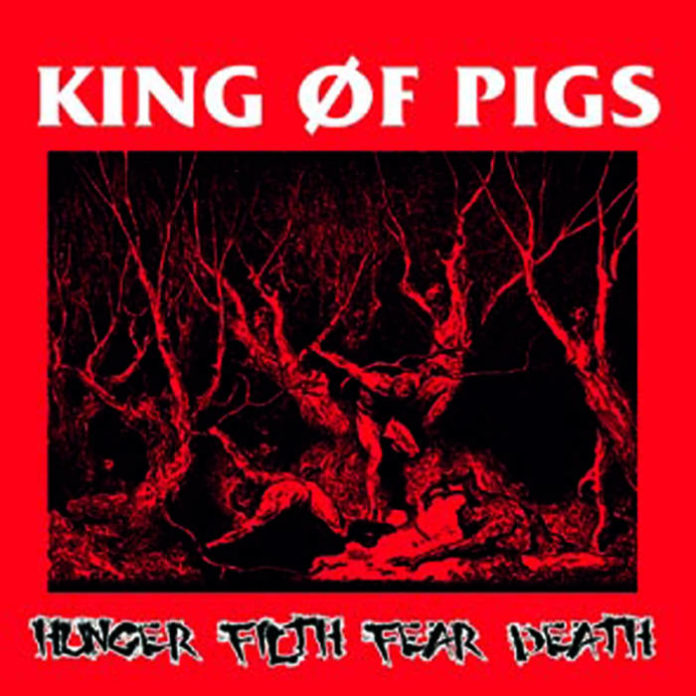 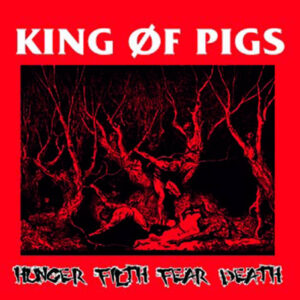 The latest album from King of Pigs dishes up the best punk/HC sounds of Boston and Portland via Nottingham, says Nathan Brown. That’s Oregon, not Dorset and Massachusetts, not Lincolnshire.

After playing a gig in Derby with this bunch in July, I was blown away. Stripped back, loud, short fast punk rock. How it should be done. No posing, just belting it out. Then I hit up the Bandcamp page to download some of their music. My social media comment on their earlier material; “There’s a lot of Poison Idea love going on here”, so when they brought out this new release I had a fairly good idea of what to expect and they didn’t disappoint.

They don’t hide their interests and influences. Let’s look at the name. King of Pigs. Pig Champion was late great Poison Idea guitarist. If you’re the Pigs’ Champion, you’re their King right? And Poison Idea’s debut EP was Pick Your King. On a side note, King of Pigs parodied this on their first release – a four-way split EP called Pick Your Queen. I was tempted to bring in some reference to Lord of the Flies, but that would have just been showing off (“Look at me I read a book at school”).

From the opening track, Never Be Twenty One Again, the Poison Idea influence screams at you – it’s in the guitar, the bass, the drums and the vocals. Many have tried (or made the claim) to capture that sound and failed where King of Pigs succeed. By the second track, they have kicked in with a very Boston-influenced sound. Think SS Decontrol and you won’t be far off, with the occasional blast of Siege. And there you have it – the rest of the album is pretty much in that vein. But no phoney accents or any of that crap. They lay it down, and in less than 14 minutes they’ve blasted through ten songs.

Listen to Never Be Twenty One Again by King of Pigs.

There’s not a great deal more to say, except for talking about the bonus tracks. Topping off ten of their own songs with fine choices of covers, they offer up SSD’s Boiling Point, Minor Threat anthem Straight Edge and Motorhead’s Emergency. Aside from revealing good taste, King of Pigs pull off each song in their own style but without murdering them.

If Poison Idea or Boston HC is your thing, I recommend you check out their bandcamp page for the download or contact them via Facebook for a CD.