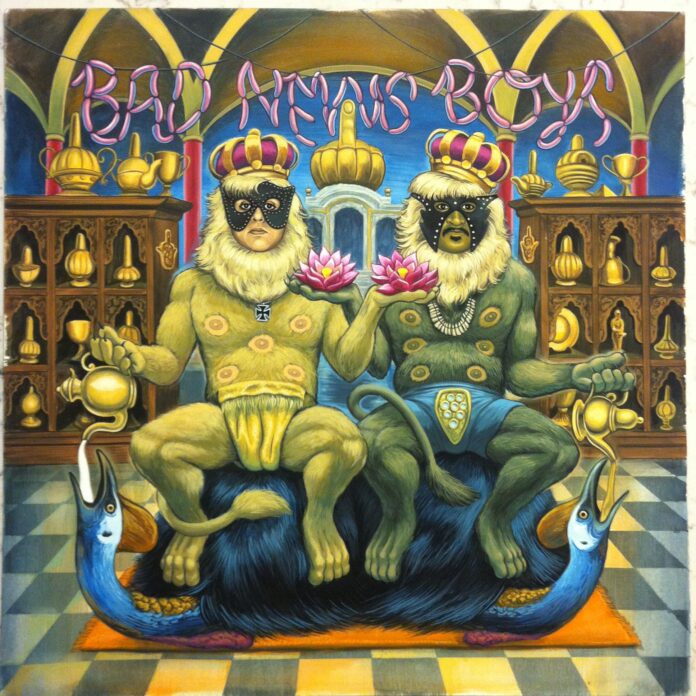 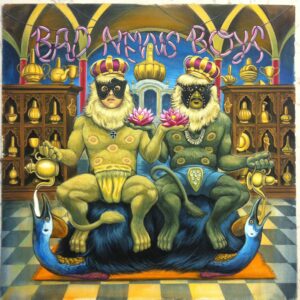 The boys are back in town, and they’re back with an absolute barn stormer. With their cauldron full of influences, the finished product is absolutely phenomenal.

After a hefty hiatus King Khan & BBQ Show have recouped to deliver the fun packed Bad News Boys, opening with the rockabilly infused Alone Again. The record immediately setting itself apart from the individual projects of the duo, Khan and BBQ’s vocals intertwine so well it’s almost impossible to tell them apart.

To state that these two are duo made in heaven would be lazy and something of an understatement, they bring such a plethora of musical influences and excitement to the table. All of which are amply represented on Bad News Boys, whilst the album starts off at a fairly sedate pace its quick to pick up.

Yet to me the charm is in the more sedate deliberate tracks, like Bye Bye Bhai with its great soul feel to it. The dreamy flow to the track is so laid back unlike so much of the album, especially as its followed by the erratic D.F.O, which is an intense slice of rock and roll, infused madness. One can only imagine what this track is about and from the shouted lyrics it wasn’t a pleasant experience.

The tracks fuse together so well though, granted there are moments of true madness and it feels like those are the times where the guys really want to let off steam. Yet I come back to the slower tracks where the variety of influences collide and that to me is just perfect, When Will I Be Tamed is yet another track that’s really hard to pin down.

It’s just these two guys throwing everything into one huge cauldron and coming up with this incomparable sound. The subject matter that they pick up also raises a few eyebrows, especially with a nod to Gremlins in the form of the brilliant Snackin’ After Midnight. Its definitely that’ll not fail to get everyone’s hips moving, especially the latter part of the album.

The tracks getting increasingly bizarre before they close out with the insane Zen Machines, which has to be the crowning glory of this album a two and a half minute barrage of lo-fi noise. Its almost like they served their maddest moments until the very end, as they leave time for one more freakout.

Its an album filled with crazy influences drawn from across the musical spectrum, the fact that they’ve managed to distil it into a sub thirty five minute barrage of excitement is almost hard to believe. Yes it could perhaps be more polished in parts, but then it would lose its excitement and intensity and most of all its fun.

~
King Khan & BBQ Show are on Facebook and Tweet as @KKBBQShow. They will also be playing End of the Road Festival this year.