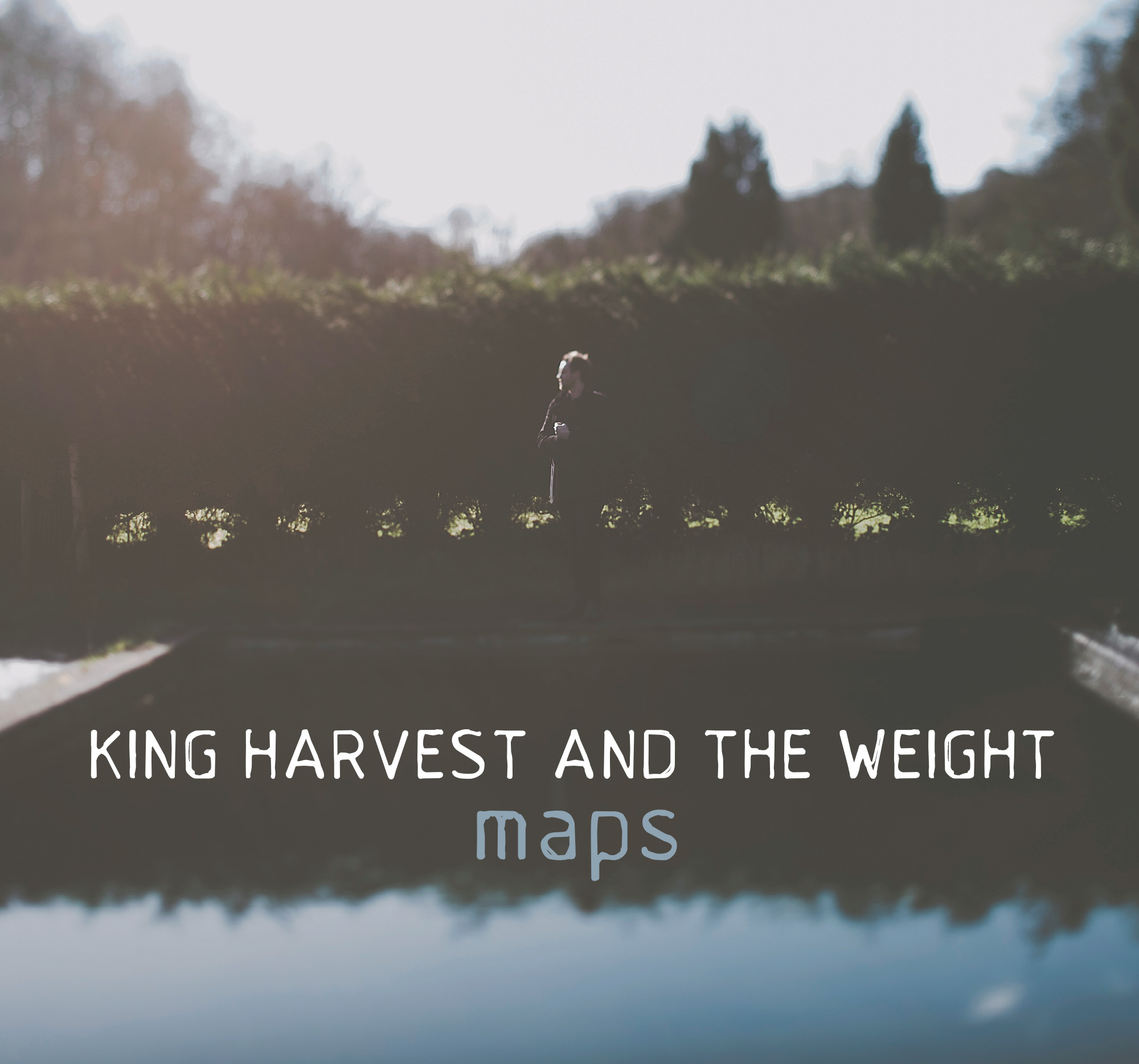 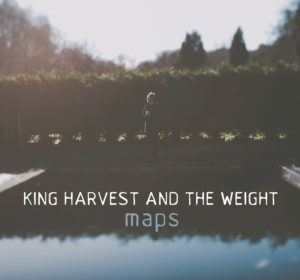 King Harvest And The Weight  – ‘maps’

When ace songwriter Boo Hewerdine calls your album “grown up music for people who refuse to grow up” and  Danny Dolan from The VirginMarys says “killer tunes man!” it makes a review pretty redundant. Enough said, however, we plough ahead and add the weight of the Louder Than War opinion to the King Harvest And The Weight   ‘maps’ album.

It is a great band name actually, but in reality King Harvest And The Weight are/is Halifax’s very own singer/bassist Ben Adey  in cahoots with Justin Edley (Drums) and Olly Smith (Guitar/Vocals). In fact, Ben has pulled in quite a string of collaborators each with their own impressive CVs including M G Boulter (Simone Felice), Rosie Doonan (Peter Gabriel) and C J Smith of Smile, the pre-Queen band featuring Roger Taylor and Brian May.

It feels good too to hear of someone sticking  to traditional values of recording as live as possible in deepest darkest West Yorkshire. No file sharing or sending your solos via Dropbox.  The album has that feel of musicians playing as a band, as a group and feeding off one another to provide those qualities which distinguish  music which rises to the top of the bottle, emotion and passion.

Opening with ‘Howl’ read by Mike Watt in a cod Western style – “What makes a man start a fire? – now there’s a riddle no-one knows.”  And then ‘When It Stops’ kicks in – all raw  guitar and over in a compact three minutes, it  might actually induce a sense of false security. The ferocious and vaguely punky rock opening  soon evloves  into an album  of songs which have been described  as “a high energy, good times record. It covers so many bases – a dashboard discovery for a hot summer’s day!”

Yes there’s  an outpouring of influences in painting that picture. The inspiration of sixties and seventies rock play as much as part as quality singwriting and strong – poppy even – melodies as well as dipping into a whole gamut of genres. Skipping from the   Summery pop of ‘Dream’ to a vaguely bluesy rock on ‘This Town’ and then country styled rock on ‘Roads’ where some tasteful violin adds a melancholy note, ‘maps’ starts to become a outlandishly  packed  jukebox, or mixtape if you’re too young to remember a jukebox.

The influences and reference points come thick and fast.  A Winwood funky R&B vibe on ‘Diana’  followed by the Felice influence in the open and tranquil ‘Bloodsport’  which seems to set the tone for the final third of the album. ‘Constant Reminder’ –comes on  in a Stevie Wonder stax and jazz coating and suddenly a moment of realisation dawns that you’re come on  quite some trip from those opening garage rock chords  blasting from the speakers half an hour ago. It feels like not only an age ago, but like you’ve, out of the blue,  shifted to   a different album.

‘maps’ is ultimately an  out-and-out compendium. A word which recalls one of those boxes of games form childhood where you had about ten different games in the same container. Never boring, always an alternative to reflect the vibe.

Listen to ‘Unstuck’ from ‘maps’ here: